Today Verizon started rolling it’s official Android 7.0 Nougat update for HTC One M9. The update comes with build number 4.49.605.11 and comes with all Android Nougat features with HTC apps installed in it. This update comes with few bug fix and minor improvements along with March Security Patch update. 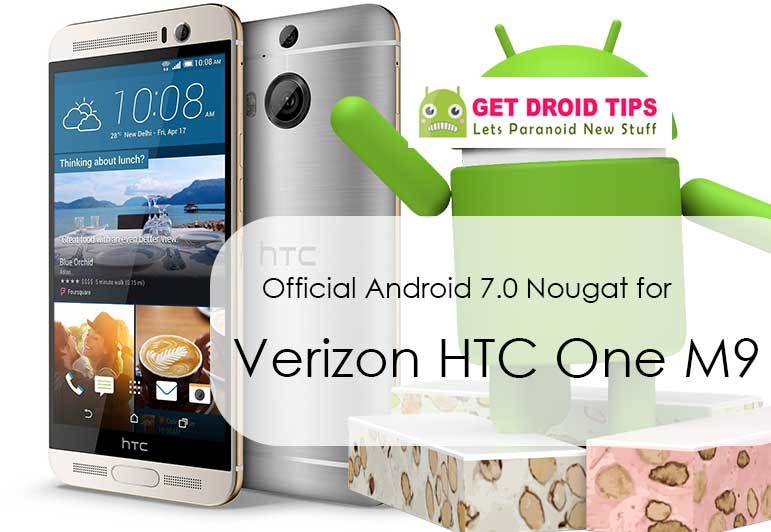 Now you can update the HTC One M9 via OTA. If you didn’t receive any OTA update then Go manually check for the update by below simple step on your phone.

To Check for latest Update, Go to Settings -> About Phone -> System Updates.

What’s In Android 7.0 Nougat And Features?

If you didn’t receive the official Stock ROM based nougat OTA on HTC One M9, then either you can wait for the update notification to hit your phone or you can update manually. As OTA may take a few days or a week to be available for all, you can try to update manually by Going into

Settings —> About —> System Update and check for the update manually to upgrade HTC One M9 with 4.49.605.11 Android Nougat build.

If you have the RUU Zip file of the latest 4.49.605.11 OTA, then follow below guide to flash the OTA build using below guide.

I Hope you successfully updated Verizon HTC One M9 to Android Nougat from our guide. Please comment your queries and feedbacks.