Today Samsung Galaxy A20 received the October 2020 security patch with software build number A205FXXU9BTJ5. This update is based on Android 10 and brings nothing new except the security patch fixes. 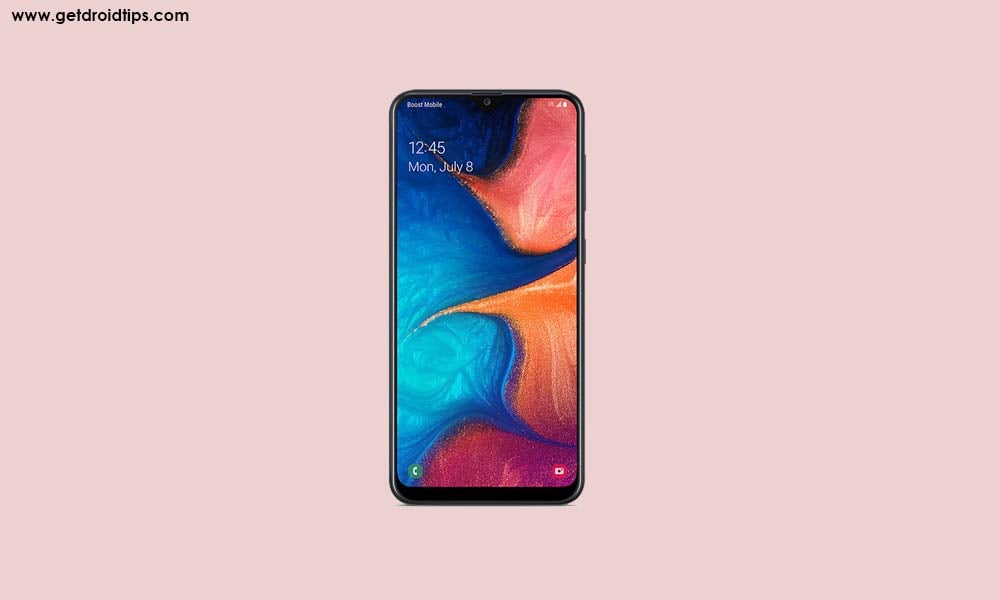 Check Software Update on Galaxy A20:

You will get this software update on your Galaxy A20 as an OTA (over the air). If you haven’t received it yet, then check for the OTA update manually by following this:

Settings > Software Update > Tap on Download and Install if you find the new build number A205FXXU9BTJ5.

Before upgrading, make sure you have enough juice (battery backup) on your Galaxy A20 and connected to a good WiFi network. If there is no new update, then follow this guide to manually install the firmware on your Galaxy A20.

How to Install October 2020 Patch on Galaxy A20

In order to flash the firmware manually on your Samsung Galaxy A20 device, then you need to download the ODIN flash tool, firmware file, and drivers.

I hope this guide was helpful to install the October 2020 security patch (A205FXXU9BTJ5) on Galaxy A20.