A Chinese smartphone company that is known for offering rugged smartphone officially confirmed that the company holding a global launch event on August 29 in Shenzhen. The launch event will start at 2 PM (CST) and the company unveiled its latest rugged flagship smartphone, called AGM X3. 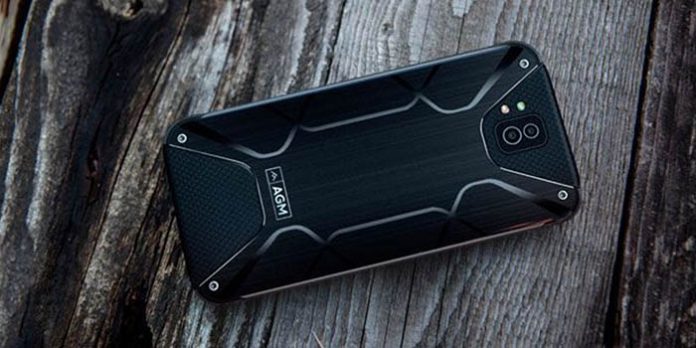 AGM has released several teaser and poster on Weibo fro promoting the phone. The X3 is a third gen rugged smartphone from the company that comes with high-end specs on board, including Snapdragon 845 processor under the hood.

The AGM X3 rugged smartphone will come with different looks compared to its predecessor X2. Recently, the full specs sheet of the phone leaked online. The X3 comes with 5.99-inch IPS display that offers 18:9 aspect ratio. The phone will have two variants, one come with 6 GB of RAM with 64 GB internal storage and other come with 8 GB of LPDDR4X RAM and 128 GB of NAND flash. It powered by Octa-Core Qualcomm Snapdragon 845 processor under the hood.

In terms of camera department, The X3 smartphone will be featured with dual camera sensors on the back side of the phone, 24-megapixel main camera and 12-megapixel secondary camera. On the front side, it will have a 20-megapixel camera for taking selfies and video calling. The phone comes with a fingerprint scanner on board and also supports Face Recognition technology. It comes with Wi-Fi 802.11 b/g/n/ac, Bluetooth 5.0, NFC and USB Type C. The X3 is a rugged smartphone and comes with P68 water and dust proof certification.