Asus has been working on the stable version of Android 10 for its ZenFone Max Pro M2. The device is already running on Android 10 Beta that it received at the end of January and since Asus has been dodging the release of the stable update citing poor performance and the many known issues that Max Pro M2 and M1 have been encountering for months with many still awaiting resolution. After doing extensive research on the Android 10 beta and the issues the ZenFone Max Pro M2 users have been encountering, here’s a sum of all the known issues so far. 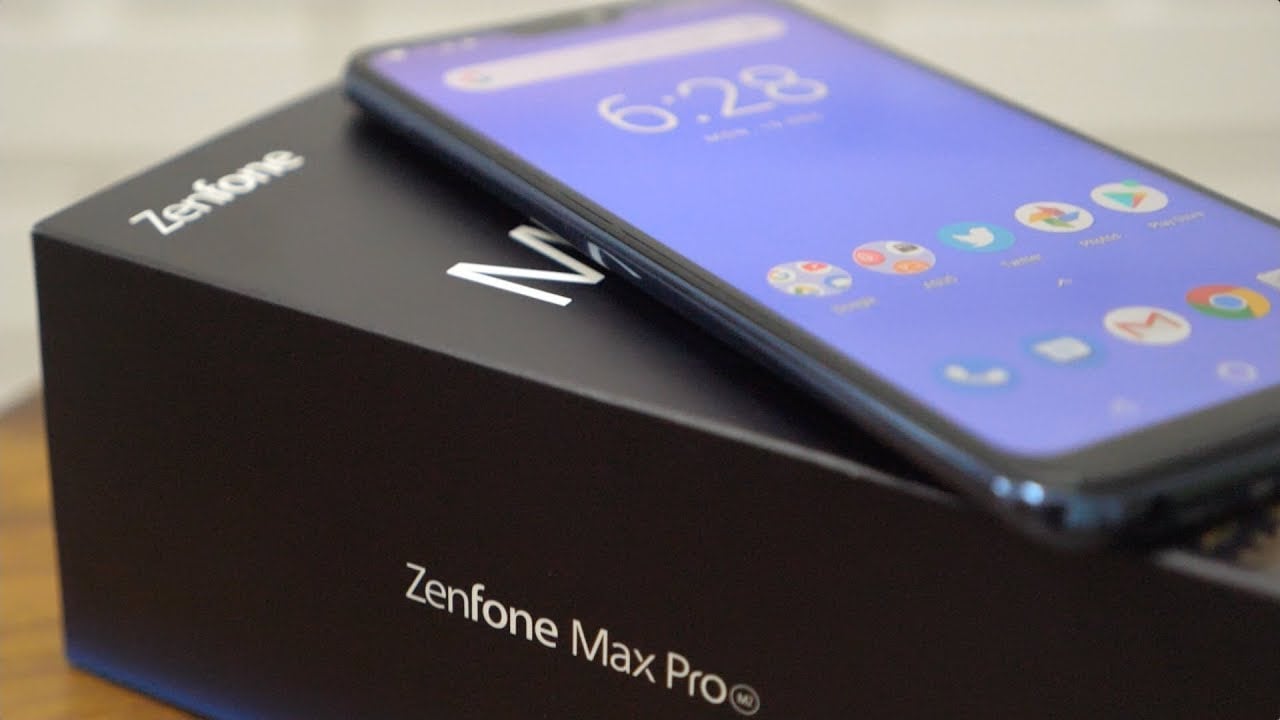 There’s a number of known issues with the beta which has rendered many ZenFone Max Pro M2 units useless while many have proven to be irritating yet operable.

Not that long after ZenFone Max Pro M2 users were upgraded from Android 9.0 Pie to Android 10 beta, they realized that the screen brightness is lower than the previous iteration. It is similar to the known issue of brightness with OnePlus 7 and 7 Pro that was resolved later. When users took up the issue to the forums, an Asus mod made a statement that Asus has designed the brightness curve of Android 10 beta differently compared to Android 9.0 Pie, and thus, there isn’t a brightness issue. It can be resolved simply by yanking up the brightness level.

No Rounded Corners on Screen

Unlike Android 9.0 Pie, the Android 10 Beta is a powerhouse of issues with one being a bug causing the screen to be unable to render rounded corners. This has caused distortion at the edges and a similar issue was discovered on ZenFone Max Pro M1.

When users took up the issue to the forum, an Asus mod made a statement that the issue is under investigation and it will be resolved once the time finds the root cause of the problem. The bug fix could be expected in a subsequent beta update unless Asus reveals the stable Android 10 update.

Just as users upgraded their ZenFone Max Pro M2 devices to Android 10 Beta, they have realized that the audio quality has degraded and it isn’t as per when Android 9.0 Pie was installed. This hints as a software issue and that are when an Asus mod has claimed that they have acknowledged the issue and it is currently under investigation. This means users will have to wait for a bug fix that should arrive soon although the OEM hasn’t offered any timeline yet.

Apart from that, Asus will also take care of the headphone audio quality and low volume issue that ZenFone Max Pro M2 users are facing currently in a future update. A similar issue was reported on ZenFone Max Pro M1 devices when playing PUBG Mobile. 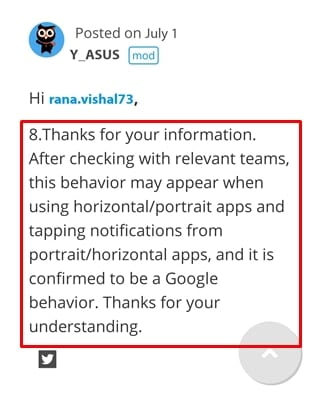 This is where an Asus mod commented that it is a ‘Google Behavior’. He added that the behavior is triggered when using portrait or horizontal apps and clicking on any notification from the panel. We don’t think that the fix for this issue might arrive soon although patience is integral until a stable version doesn’t arrive. [Source]

Apparently, this issue is fairly common on ZenFone Max Pro M2 devices. The issue actually occurred when users tried to upgrade to the March 2020 security patch bearing version number 1.2017.2002.073 on Android 10 beta. This is when they discovered that the phone is stuck on Asus’ logo aka boot loop issue has triggered. Since there’s an ongoing lockdown, users were unable to get the issue fixed. Moreover, Asus stated that users will be charged a whopping $130 to get the issue fixed given that some of the users even reported their motherboard fried up due to the FOTA update.

@ASUSIndia @sharmadinesh @PiunikaWeb @Aparajita_PW Finally after 100 days I received SWAP unit against Max Pro M2 stuck on Asus Logo.
Lastet FOTA update 092 is provided by Asus, If same issue happens again with this device Asus will be liable for the replacement. pic.twitter.com/tuWYhECDLk

After much argument back and forth, some of the devices were swapped although it was just last month when a lot of users reported receiving a swapped unit after reporting the problem. The swapping process is still ongoing and we could still see users facing the boot loop issue caused due to a FOTA update. 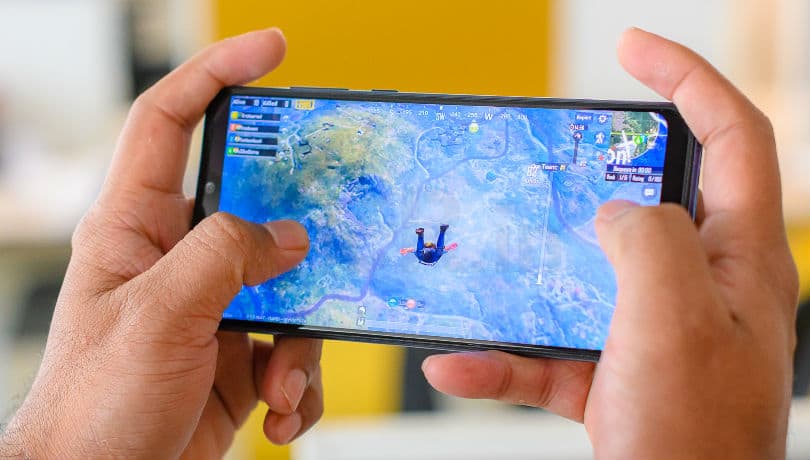 Asus marketed ZenFone Max Pro M2 as a gaming phone with a dedicated gaming mode. However, with the recent update, the gaming mode is gone. When asked, an Asus mode commented that they have reported the issue to the concerned development team and a bug fix could arrive in the future bringing the gaming mode back to life.

Upload speed on WiFi in reduced

An user posted that his Asus ZenFone Max Pro M2 is facing issues with its upload speed on a Wi-Fi network as it isn’t going beyond 3.5MB even though he is using a 10MB upload speed plan from its service provider. This is where an Asus mod claimed that many factors can cause the speed on Wi-Fi to go down such as the interference in the environment. If that’s the case, the speed would get lowered and vice versa.

One of the users mentioned that the phone’s battery drained to about 6% overnight and that the phone isn’t able to offer a battery backup and it is under 5 hours. He added that there’s a gap in the data collected by the device on battery usage between battery consumed and full device usage. The mod has recommended using the resources (listed here) to get tips on maintaining a health battery using habit.

With the Android 10 beta upgrade, the slow-mo video recording feature is gone too. According to Piunikaweb, the feature may remain missing due to the hardware limitations of the device and thus, users waiting for a slow-mo feature may never get it.

That concludes the list of known issues with Asus ZenFone Max Pro M2. Let’s hope the fixes to these bugs arrive soon. We will keep you updated with more known issues and the news around it here.