An all-new Ninja action game Ninjala is out now for the Nintendo Switch players. This game is all about a tournament hosted by the World Ninja Association. In this tournament, Ninja descendent from different Ninja lineages will take part and battle it out against each other for the top spot in the competition. All these Ninjas have abilities of their own, based on their personalities.

Now we will see a total of 8 characters joining in the tournament. All of these eight ninjas have their unique set of powers, and all of them harness their potential by using the Ninja gum. The Ninja gum is a special gum that activates the power that lies within themselves in their DNA. So who are these eight characters exactly? Let’s take a look at all that we know about these unique eight ninjas of Ninjala. 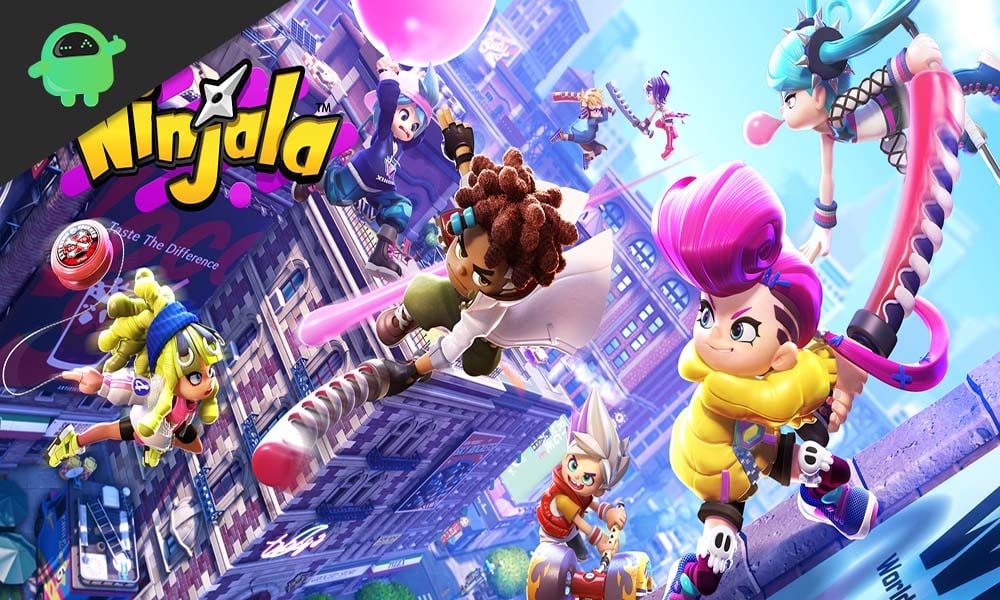 All the Characters in Ninjala:

Among the eight characters, there are two types of characters. One is the Researchers, and the other is the Lineages. All eight of these ninjas have different personalities, and as a result, all of them have a different approach towards the use of Ninjutsu. Let’s take a detailed look at what are the researchers and lineages.

Three of the eight ninjas researchers. What this means is that these three ninjas are the ones responsible for the invention of the Ninja Gum. They were part of a research team and hence the name researchers.

Berecca was part of a three-person research team responsible for the invention of the Ninja Gum. She tested an early prototype of the Ninja gum. As a result, she did unlock here Ninjutsu, but as a side effect, she even ended up turning herself into a child. She got into this Ninja tournament with the hope of reversing the entire age changing process. 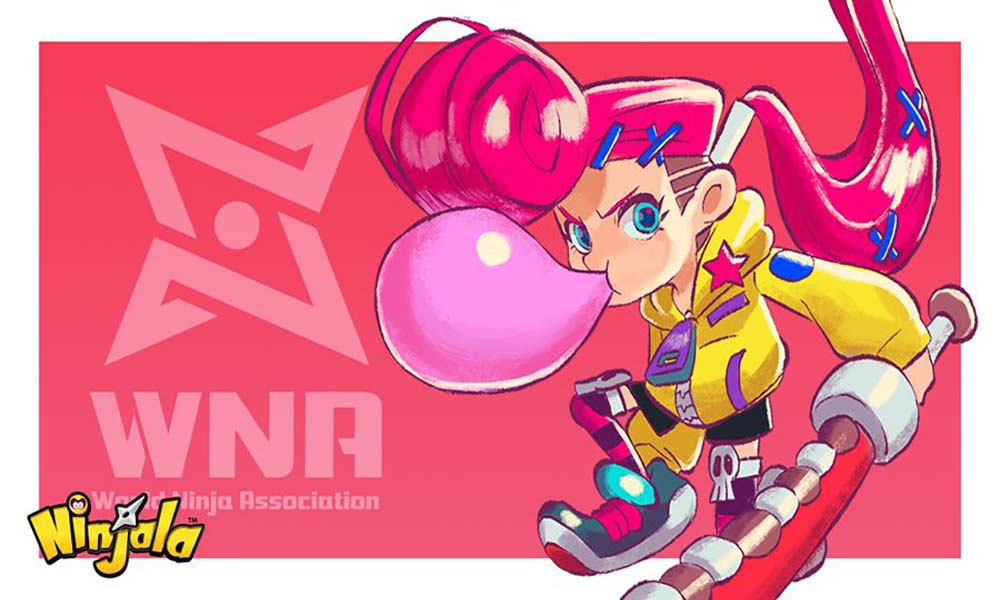 Burton was also a member of the three-person research team. Just like Berecca, he too tested the early prototype of the Ninja gum, and in the end, he too ended up as a child. Just like Berecca, Burton is also looking for a way to reverse the whole ageing process by competing in this tournament. He is the descendent of a legendary Ninja Hattori Hanzo. 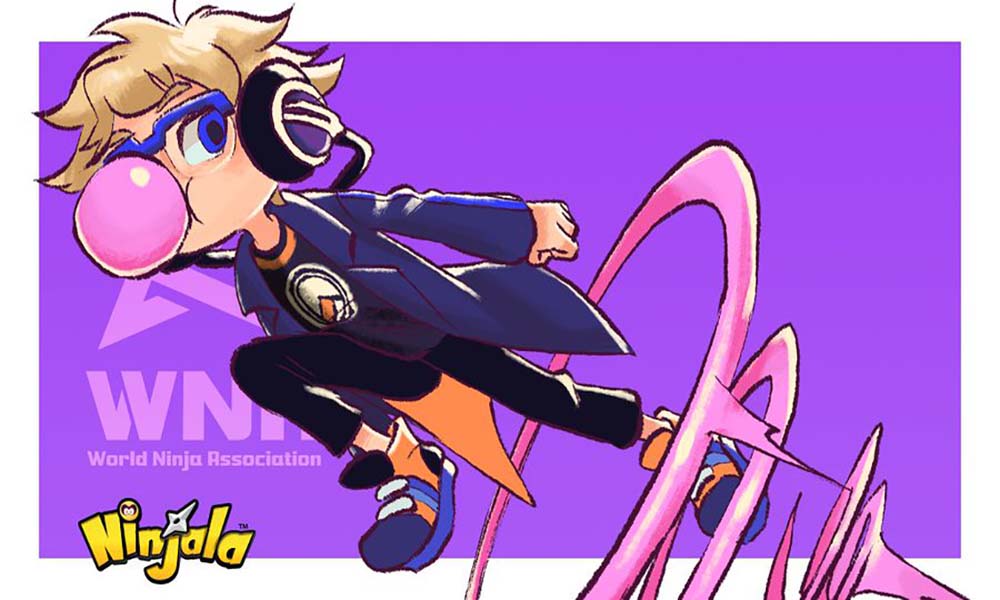 Ron betrayed his fellow members of the research team, saying that he was there just to witness the powers of the Ninja gum. Towards the end, after they tried the prototype gum, Ron attacked Burton and wanted to kill him. But he was not successful in this feat and was later defeated by Burton. The reason for Ron’s participation in the tournament is not entirely apparent. 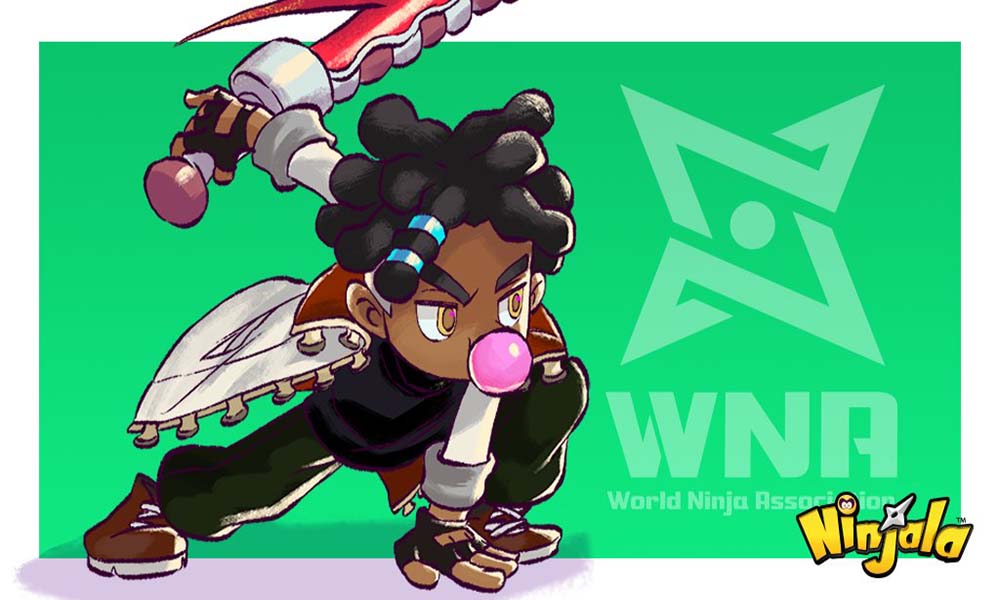 The rest of the five ninjas all belong to a family of Ninja heritage. All of them have their struggles and reason to join the Ninjala tournament.

Kappei was always aware of his family history, and he even trained a lot in swordsmanship. Throughout his life, he had an extraterrestrial being Guchi, as his friend. His entire family has looked after Guchi, and now it’s Kappei who is taking responsibility for it. In a quest to find out about this grandfather’s brother, Kappei has joined the Ninjala tournament. 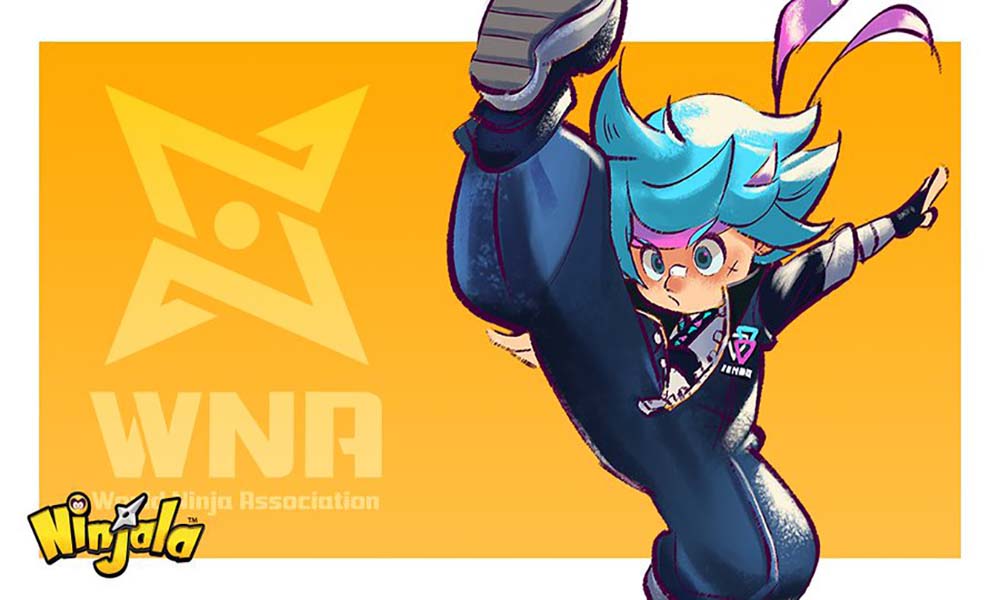 Lucy’s mother encouraged her to join the WNA Training School, and ever since that Lucy has been hard to stop. Initially, she had a rough childhood and was mostly living in her shell hiding from the world. But the training helped her out, and now she is quite the cheery and charismatic ninja in the game. To explore more of her talent and the gift that she possesses, she taker her mother’s advice to join the Ninjala. 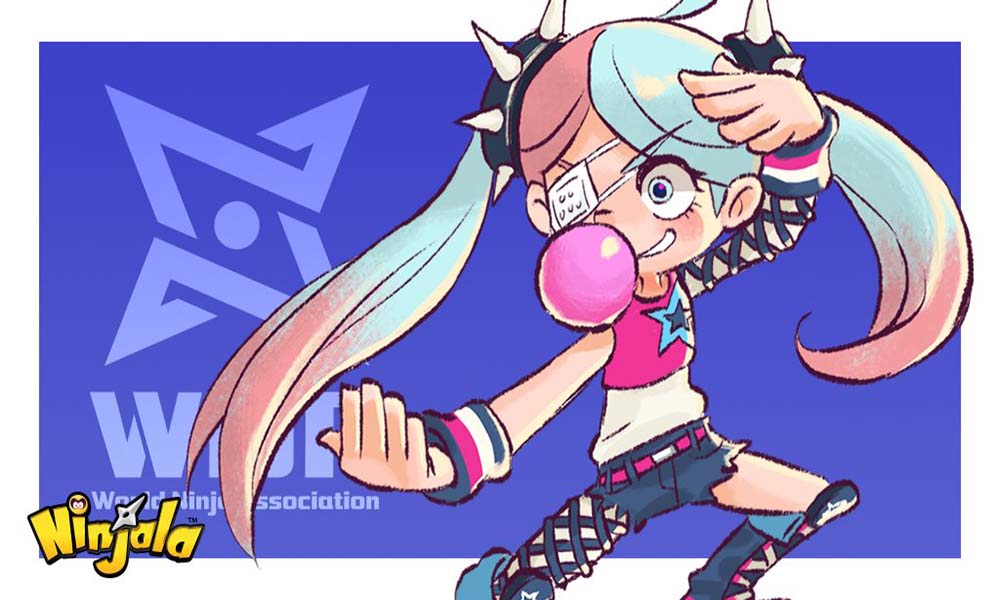 Van had a problematic past too. He was initially unaware of his family’s history, but then he later discovered everything about his powers and lineage when his father’s house caught on fire. He is a strong spirited boy who is very athletic and even friendly to everyone around him. 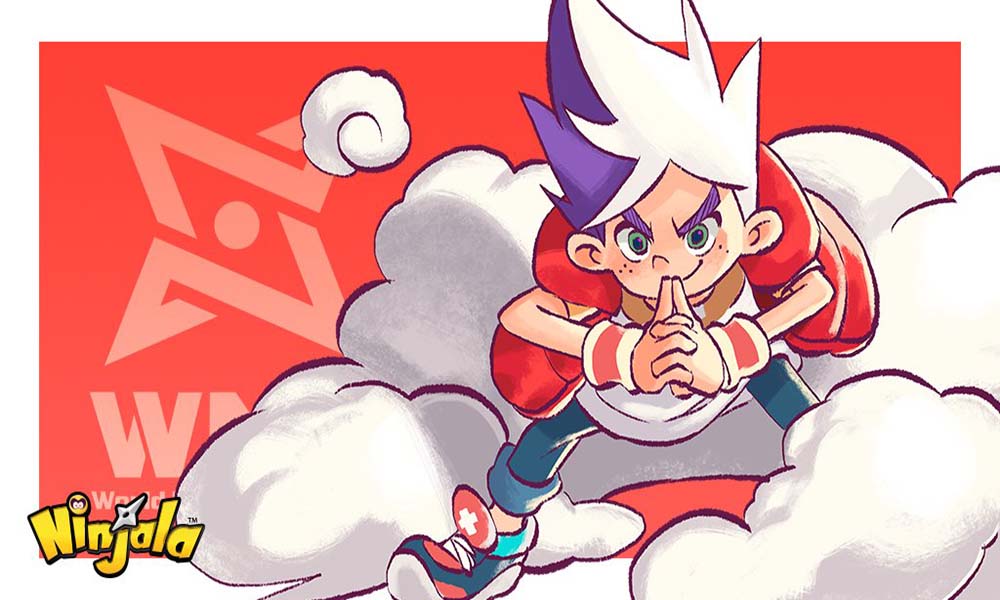 Emma has a reputation of a vigilante hero who looks after the people in her home by using her skills for protection in the streets. It was this hero reputation that got her invited into the Ninjala tournament. She is also known as the Ninja Dancer because of her acrobatic skills and even has followers and fans from all around the globe. 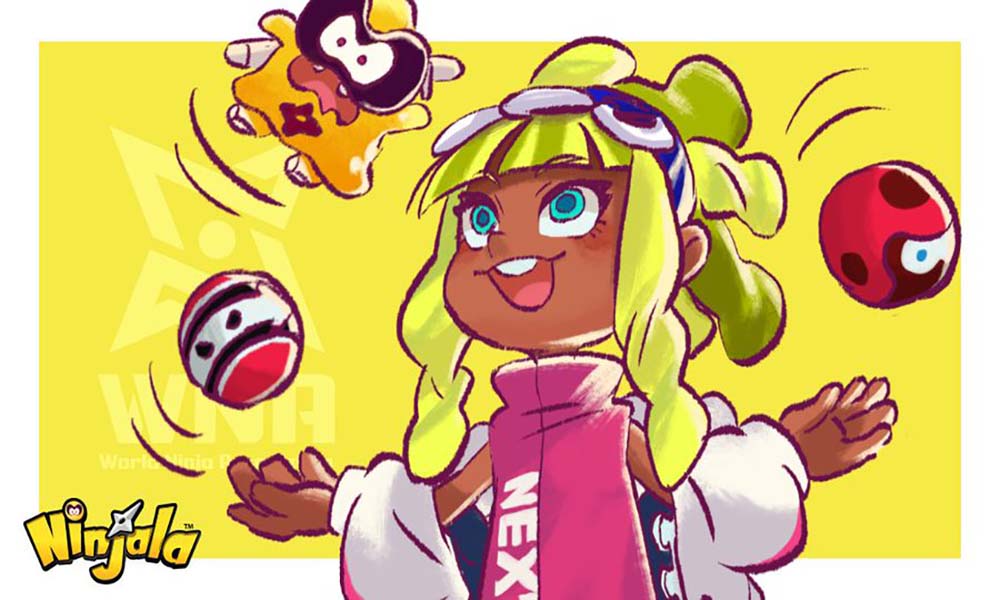 Jane was initially an expert hacker who was working with the World Ninja Association on a secret mission to track the development of the Ninja Gum. But she has a habit of eating candies a lot, and this habit proved to be too much for her as one of the sweets that she eats turns out to be a Ninja Gum. 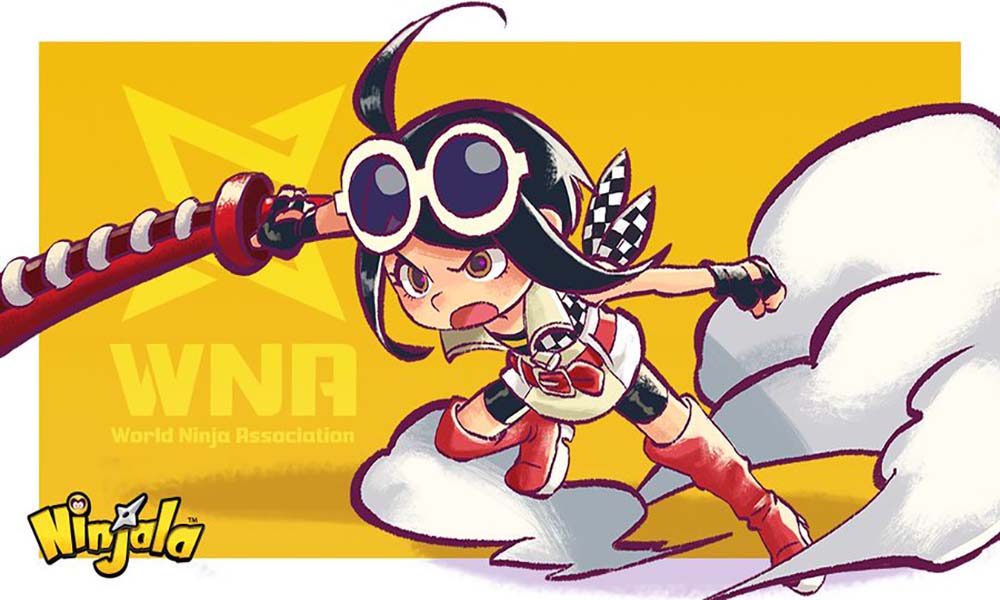 So these are all the ninjas we will see in the Ninjala tournament. If you have any queries with this article, then comment down below. Also, be sure to check out our other articles on iPhone tips and tricks, Android tips and tricks, PC tips and tricks, and much more for more useful information.