Call of Duty: Modern Warfare provides multiple ways to customize your weapons. Thanks to a recent update (Dismemberment Rounds), you can completely wipe your enemies from the face of the earth when you shoot them… okay, maybe not. But it’s a close second. In this article, I’ll be listing out all the weapons equipped with the Dismemberment Rounds Effect in Call of Duty: Modern Warfare.

What exactly is the Dismemberment Rounds Effect? 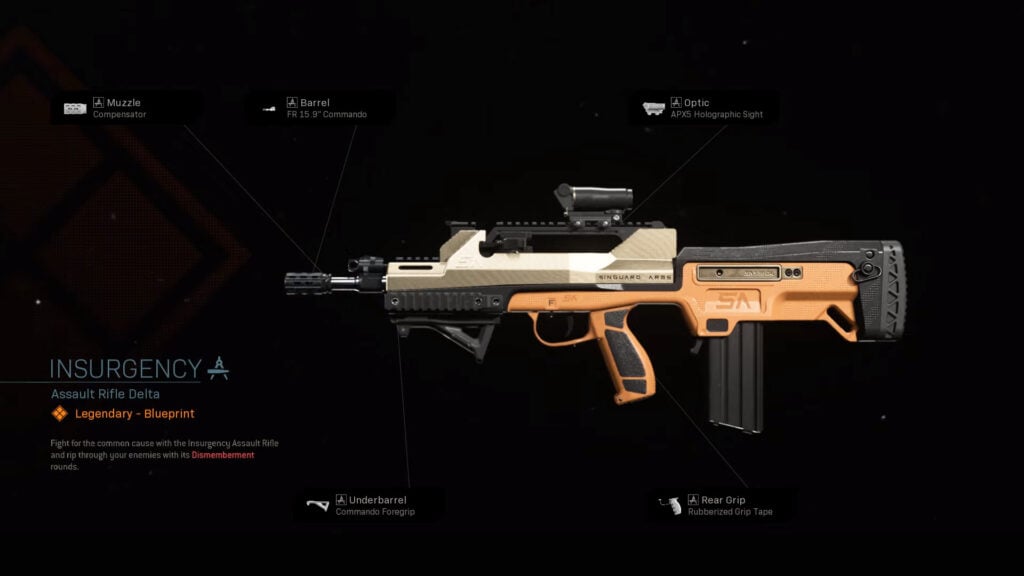 The insurgency weapon is under the Assault Rifles weapon class, its Rarity Tier is Legendary. You add up to 5 attachments to this bad boy! 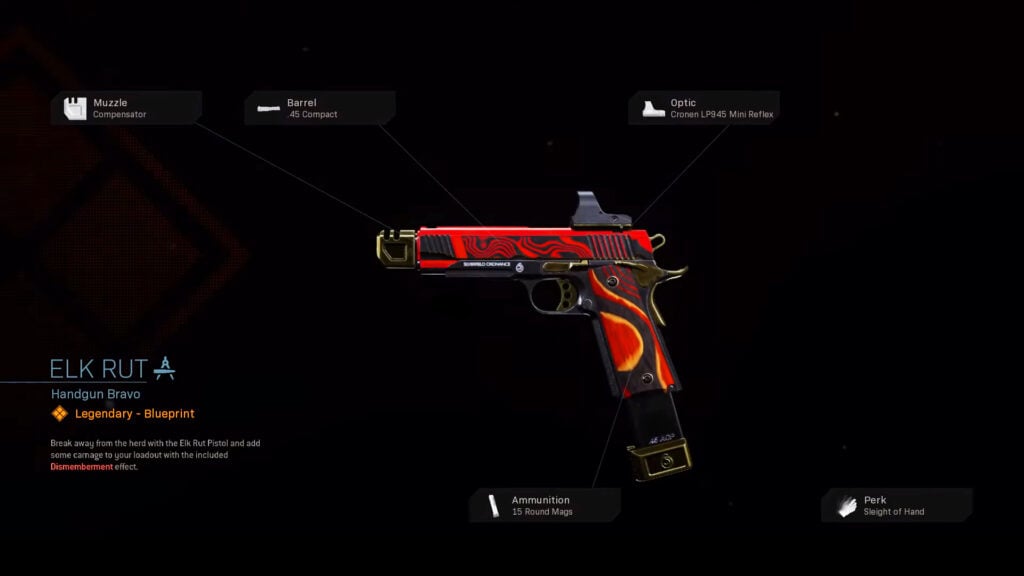 The Elk Rut falls under the Handguns weapon class. Its attachments maxes out at 5, its rarity is also Legendary and its weapon ammo is Pistol/SMG. 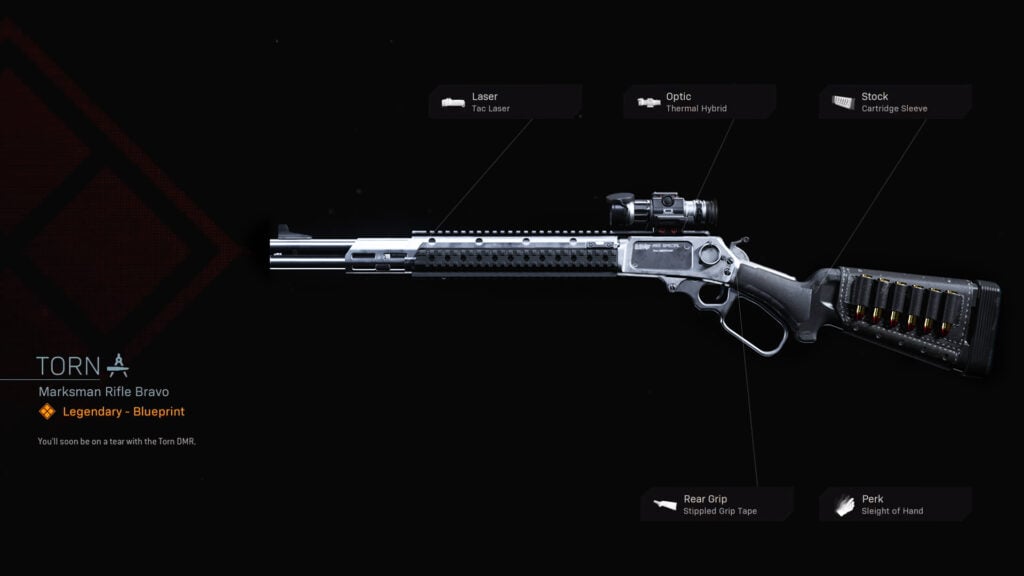 Handguns weapon class, pistol/SMG is its warzone ammo. Rarity is legendary and attachments are 5. 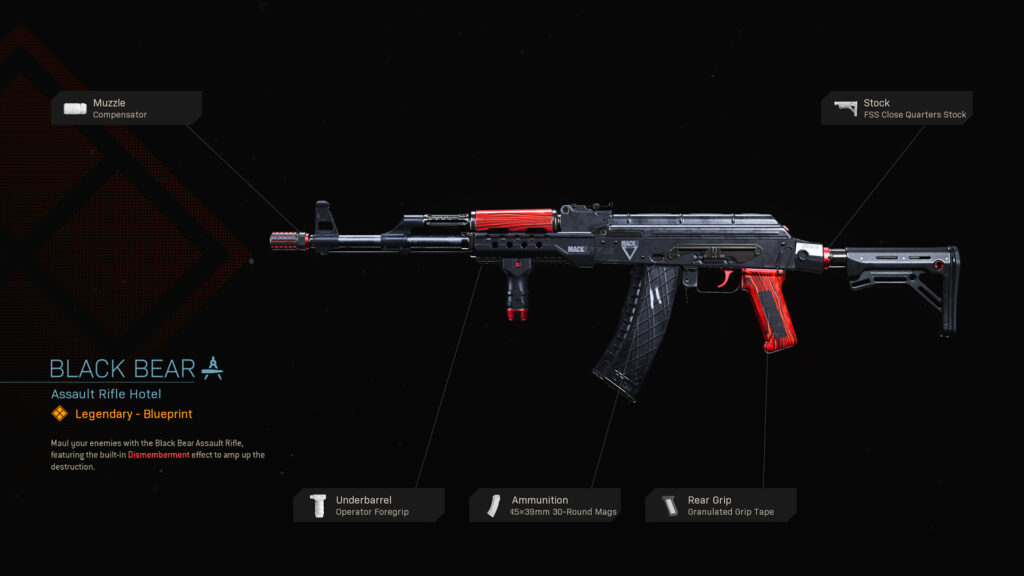 Black Bear (my favorite in this list) is under the Assault Rifle weapon class, its base weapon is actually the AK-47. Its rarity is legendary. Attachments and ammo are AR/LMG. 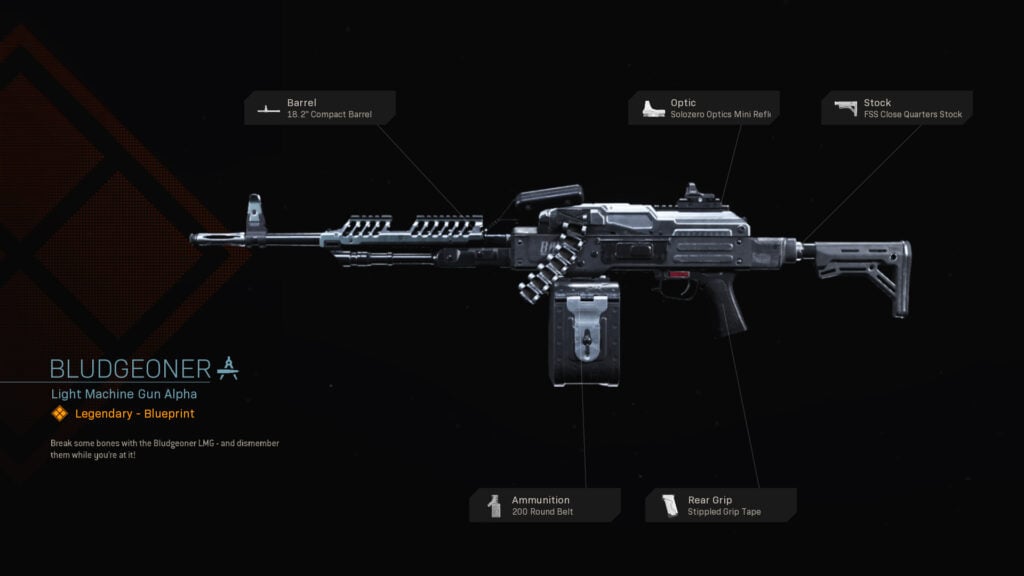 Buldgoener is under the weapon class of LMGs. Your attachment limit is 5. Warzone ammo is AR/LMG. Rarity? Legendary, yo! 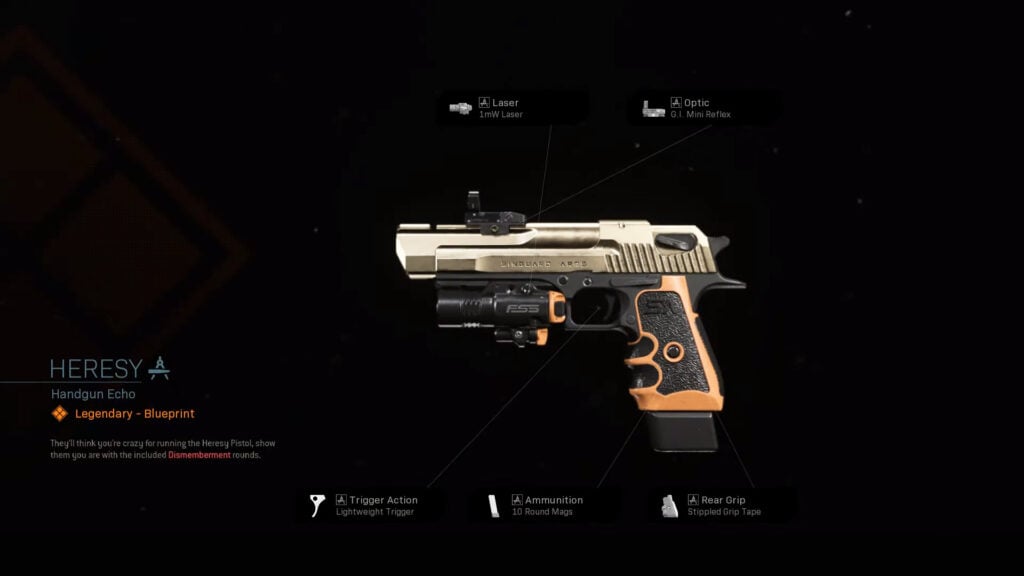 Hersey is under the Handguns weapon class. Rarity Tier is Legendary, its warzone ammo is Pistol/SMG. Attachments max out at 5.

The Skullhammer (Mace Operator Bundle) is also a dismemberment rounds effect that can be found in Modern Warfare.

Do note that the Dismemberment Rounds effect comes with purchasing certain bundles in the COD store, noted above with the names of the weapons. They can’t be won by gameplay.