Today LG Electronics started rolling the Android 10 update for the LG V50S ThinQ with LG UX 9.0 version. The update is currently rolling for the Korean region and will soon reach every user around the globe with the device. The update for the Korean region is labeled with software version V510NO20E.  Well, the build number for every region and carrier differs depend on their model number. So make sure you download the right firmware to install the LG V50s ThinQ Android 10 update manually.

In this guide, we will share the firmware and even the installation instructions to install the Android 10 update manually on your LG V50s ThinQ. Make sure to bookmark this page to check for the update.

It’s been a couple of months since Google brought in the Android 10 operating system back in September 2019. Since then a lot of OEMs have pushed the stable update for their device till now. But here is the Korean smartphone giant LG that is still pushing out the Android 10 updates for its stable devices. In fact, it is one of the most important tasks at hand for LG to quickly upgrade its device with the Android 10 based LG UX 9.0 update. Many users with LG V50s ThinQ is awaiting the update. And in this guide, we will guide you on how to download and install LG V50s ThinQ Android 10 with LG UX 9.0 update. 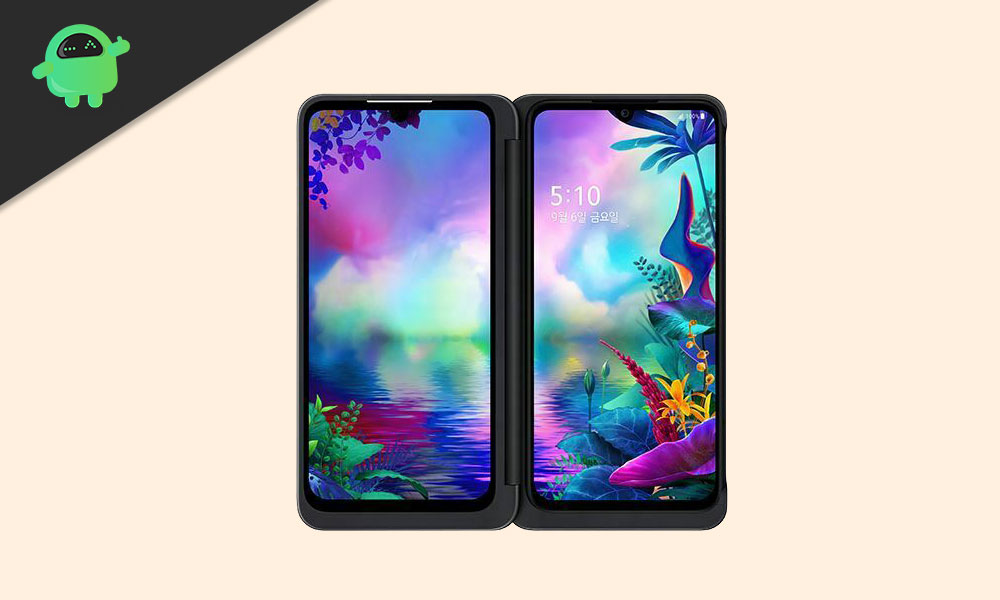 New updates added on May 19, 2020: Today LG Electronics rolled Android 10 update for LG V50s ThinQ based on LG UX 9.0 in Korea. The update is labeled with build number V510NO20E. We have shared the download link to download the V510NO20E and the installation guide to install it manually.

Ideally, the update will be pushed via OTA in batches and this also means that not all the devices will pick up the update at the same time. As it is done in a staggered manner, you will have to wait for the OTA to hit your LG V50s ThinQ device. Those who own the LG V50s ThinQ, can head over to their LG SmartWorld app and read the complete instructions on how to upgrade their device with the latest Android 10 (LG UX 9.0) update.

Please note, before following the manual setup, you should read the pre-requisites carefully.