Updated on July 24, 2020: The new Nokia 3.2 Android 10 update has been started already from April 2020. Now, the update is live in India and rolling out in a phased manner. So, the Indian build comes with a software version V2.310 that weighs around 145MB in size. It not only brings the Android goodies but also improves system stability, improves user interface, June 2020 Android security patch level as well. You can check out the full update changelog below.

We will recommend all the interested Nokia 3.2 users to check for the OTA update manually via Settings > System > Advanced > System update.

Currently, the entry-level Nokia 3.2 is receiving the Android 10 update. Nokia never disappoints when it comes to providing system upgrades. Besides, the Finnish OEM is popular for its vanilla OS and monthly security patches. These are the primary reasons why people love using a Nokia smartphone. Nokia is running a little late as per its Android 10 road map, due to the pandemic situation worldwide. Still, it’s great that Nokia devices are getting their system upgrades. The information regarding the Android 10 release comes from Nokia’s CPO Juho Sarvikas.

The Nokia 3.2 Android 10 update will roll out in batches in various regions. The markets mostly include Asian countries,  some middle-eastern and European nations as well. By the second week of April, around 50 % of the total target regions will be able to download the system update. Currently, the first batch of the update has made its way into a few regions.

A few users in India have installed the system update. The new system build comes with version V2.270. Along with the OS upgrade, Nokia is also packing along with the March 2020 security patch. For the Airtel users, the Android 10 update brings support for Wi-Fi calling. Also, the device will have a tile for dark mode toggle on the quick access panel. 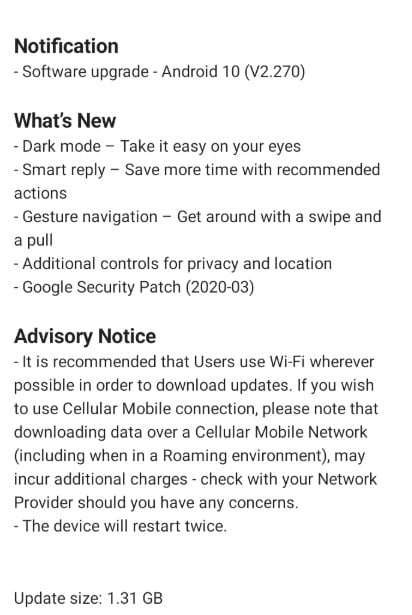 The OTA weighs over 1 GB. So, if you download the software, then make use of Wi-Fi, to finish the download/installation process faster. Also, charge your device battery over 50% before beginning to install the update.

By the end of the second week, all the regions will positively receive the Android 10 update. It’s been a long time since the stable release of Android 10. So, it’s high time those OEMs that have promised for system update rollouts start doing it. Already this year Android 11 has marked its appearance pretty early. We even have a list of Nokia Smartphones that will receive Android 11.

Last month Nokia 2.2 had received the Android 10. The 2019 system update had also made its way into the Nokia 7.2. Nokia 3.2 Android 10 update will bring the similar upgrade features as we have seen on these mentioned Nokia devices. The user will experience dark mode, gesture navigation, enhanced privacy controls, location access control, etc. To know about Android 10 Features in detail, click here.

So, if you use the Nokia 3.2, then keep an eye out for the Android 10 system update. Install it when it begins rolling out in your region.

How to Install AOSP Android 10 Update for Nokia 3.2 [GSI Treble]

The Taiwanese brand HMD Global has recently launched Nokia 3.2 smartphone last year. The smartphone offers entry-level specifications and features at a good price point. Yet the handset comes with a cool looking design with a dewdrop notch style display. If you just bought the Nokia 3.2 (codenamed deadpool) and want to install Android 10, then you are in the right place. In this guide, we will share a step by step tutorial to install the AOSP Android 10 update for Nokia 3.2 based on GSI treble custom build. 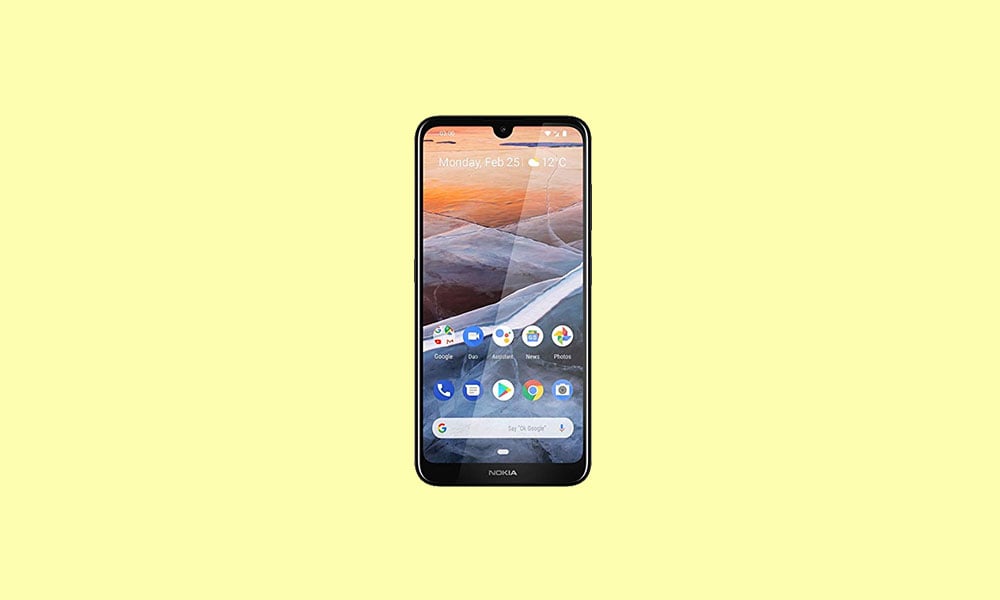 The handset runs on Android 9 Pie based on the Android One program. Google’s Android One platform offers frequent Android updates for two years and security patch updates for three years consistently. The device packs a 4,000 mAh battery. There is no fast charging support available.

In terms of the camera specifications, the device sports a 13MP rear camera setup with an LED flashlight. It’s an autofocus sensor. Whereas the front packs a 5MP selfie shooter with portrait and HDR mode. It has a Face Unlock support as well.

We hope that this guide is helpful to you and you have successfully installed the AOSP Android 10 Custom ROM on your Nokia 3.2 (deadpool) handset easily. If in case anything goes wrong or if you have any queries, feel free to ask in the comments below.