New update on December 7: The November 2020 security update is now live for the Realme 5 and 5s. The update for the Realme 5 and Realme 5s arrives with version number RMX1911EX_11.C.61. The update, along with November 2020 security patch, also brings tons of fixes and addition for the device. For instance, this new update adds, added a toggle for displaying keyboard when entering app drawer, added option of From Sunset to Sunrise option of eye comfort, added a short-press the power button to turn off flashlight feature while screen-off, and much more. Here is the complete changelog:

● Added a toggle for displaying keyboard when entering app drawer

● Added From Sunset to Sunrise option of eye comfort

● Added a toggle for physical button in screenshot setting page

New update on October 25, 2020: Realme is starting to roll out a new update for the Realme 5. and Realme 5s. Notably, the update brings the latest October 2020 security patch for the phone. Apart from bumping the security patch level to the latest one, the update also improves the optimization and system stability of the device. The update arrives with version number RMX1911EX_11.C.59 and has been released via OTA. Here is the complete changelog of the update rolled over for the Realme 5:

New update on September 4, 2020: Realme is now rolling out a new update for the Realme 5 and Realme 5s. the update reportedly bumps the security patch level of the duo to August 2020. Not only this, but the update also brings along tons of new features and enhancements. Notably, it brings a super nighttime standby feature, Smooth scrolling, status bar fixes, camera fixes, and more. The update is rolling out with version RMX1911EX_11.C.55 for both the devices and is coming via OTA in batches. For more info, here is the official changelog of the update:

New update on May 29, 2020: The stable Android 10 Realme UI update is now officially live for the Realme 5s and Realme 5 users. However, being a staged rollout not all the units will pick up the update at the same time. But, Realme has a solution for such users. Those who wish to grab the stable update right after it is made official can register themselves with the Android 10 stable update early bird access for the Realme 5s and Realme 5. Note that it is based on a first come first serve basis and will be available only for the users who have registered.

New Update on May 18, 2020: Good news for all the Realme 5 and 5s users as the Android 10 update over Realme UI beta comes with a couple of optimizations and the latest May 2020 Android Security Patch level. Make sure that the update is only available for the Realme UI beta testers of Realme 5 and 5s models. The Realme 5 is receiving the software version RMX1911EX_11_C.35 and Realme 5s is receiving RMX1925EX_11_C.35 via OTA.

It also brings the May 2020 Android patchset for both the models along with improved power consumption of standby mode, the improved time consumption of entering sleep, optimizes switching rate of the Candy Crush Legend, improves camera performance, and others. You can check out the full update changelog below:

Now, we have to wait for the official stable update release and all the interested Realme 5/5s users should check for the OTA update manually.

New Update on May 5, 2020: The subsidiary brand Realme of Oppo becomes one of the popular smartphone brands in India. The brand is also quite active in pushing firmware updates to its devices. While according to the Realme UI update timeline, Realme has promised that they will push the Android 10 (Realme UI 1.0) update to Realme 5, Realme 5s, and Realme X2 models in May 2020.

Finally, the April security patches for the Realme 5 and Realme 5s are out for the users of the phones. The updates are purely incremental in nature and are based on the Android 9 Pie. Notably, both the Realme 5 and Realme 5s have slated to pick up the Android 10 based Realme UI update somewhere around the month of May 2020. Keep in mind that both the Realme devices were launched back in 2019 and came with Android 9 Pie out of the box. With the Android 10 (Realme UI) update, both the devices will be picking up their first major Android OS update. 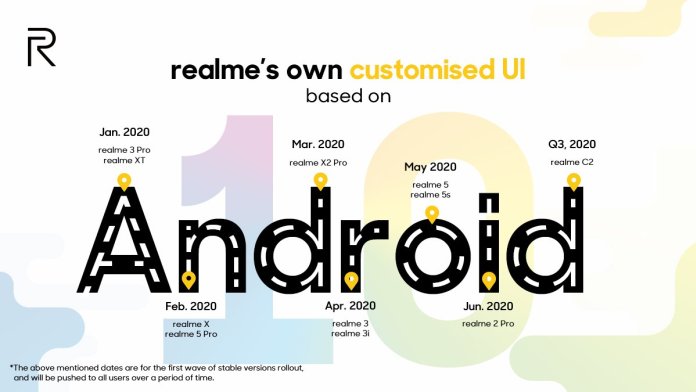 Talking about this new update arriving on the Realme 5 and Realme 5s via OTA, it comes with version number RMX1911EX_11_A.28. Apart from the April 2020 security patch, the updates also bring in some bugfixes for known bugs and issues on both the units. You can check out the complete firmware information and the common changelog of the update received on both the devices, below:

Ideally, the updates will be pushed via OTA in batches for the Realme 5 and 5s, meaning that it will take some time in hitting all the units. Users can head over to System>>About Phone>>Software Updates, to check for the update notification manually.

However, if you do not wish to wait for the OTA and want to upgrade you devices manually or locally then, you can download the update package file for both the devices and update your phone with the latest security patches:

How to Install AOSP Android 10 for Realme 5 [GSI Treble]

So, you’re here, and right now reading this article that means you’re a primary user of the Realme 5 device and looking for an Android 10 Custom ROM to install. The said device was launched in 2019 and runs on Android 9.0 Pie out-of-the-box. As we all know that Google has released the official Android 10 version a couple of months ago and then announced the AOSP 10 Source Code as well. So, now you can download and install AOSP Android 10 for Realme 5 by following this guide.

Now, you may ask why to install Custom Firmware? Realme brand is known for its affordable budget category smartphones, rugged devices, bigger smartphone batteries, and more. But when it comes to the faster and frequent software updates or Android updates, we can’t assure that for Realme. Therefore, as a Realme 5 device user, if you’re looking for the official stable Android 10 update, probably you may not receive it anytime soon. So, it’s better to install AOSP Android 10 and get a taste of it. 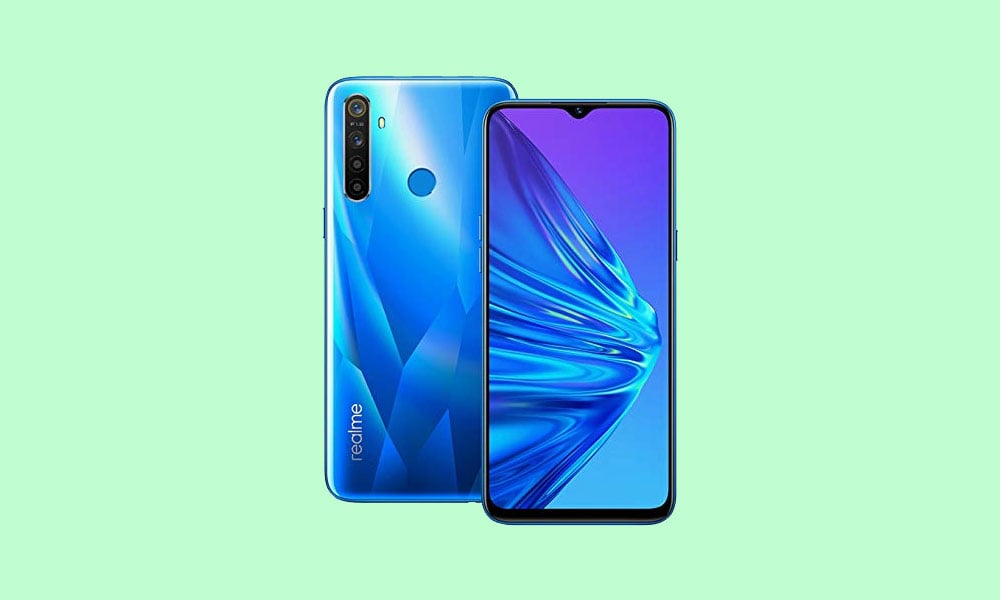 Realme 5 was announced in August 2019 which sports a 6.5-inch IPS LCD display with a screen resolution of 1600 x 720 pixels with 269 PPI pixel density. The device is protected by Corning Gorilla Glass 3.

We hope that this guide is helpful to you and you have successfully installed the AOSP Android 10 Custom ROM on your Realme 5 handset easily. If in case anything goes wrong or if you have any queries, feel free to ask in the comments below.