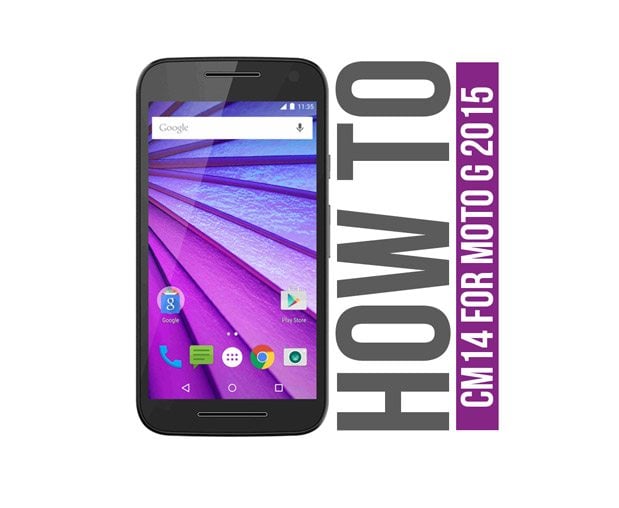 Remember : Dual Sim Smartphone is not supported now. We will soon add the link for Dual Sim when it is available. Thank you.

After the release of Android 7.0 Nougat Source code to the public, we have seen many custom ROM based on Android 7.0. Lately, we added many CM14 ROM to our Archive. Today finally we have a good news to the Moto G 2015. Now you can even enjoy Android 7.0 CM14 ROM on Moto G 2015. CM14 aka Cyanogenmod is the best Custom ROM available in Android Ecosystem. We have added the Download link and guide below . Download and install Android 7.0 Nougat CM14 for Moto G 2015 3rd Gen. Remember this is an early build of a development of CM14 aka Cyanogenmod 14 for Moto G 3rd Gen 2015. So download and try it for yourself on your smartphone using TWRP Recovery. This build is a stable ROM, everything works fine like a real Stock Android 7.0 ROM on Nexus.

Android 7.0 Nougat was another codename for the new version of Android after Google’s Android 6.0 Marshmallow. It is unveiled at Google I/O 2016. This is the seventh major version of the Android operating system. Google first released Android 7.0 Nougat has a beta build on March 9, 2016, and it was officially released on August 22, 2016. This has a huge incremental and feature on this new update. Android Nougat comes with features such as Quick Switching between recent apps, Split Screen Mode, Quick Reply via Notification, Notification Redesigned panel, Notifications prioritization, Enhanced Doze Mode, System UI Tuner, Customizable Quick Settings, Don Not Disturb, New Settings Panel Redesigned, Data Saver per App, seamless updates and New Emoji Support.