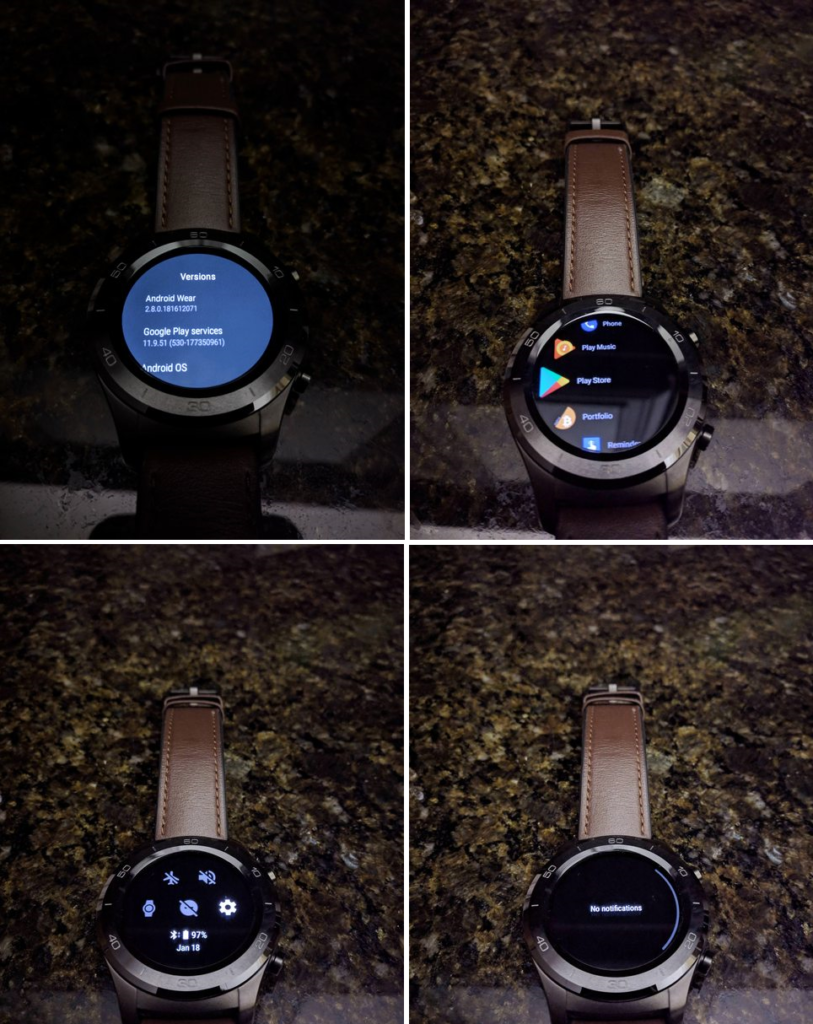 Google announced the new Android Wear update, Android Wear 2.8 on a Android Wear support page on the 19th of January, and Reddit user Yozakgg noticed that his Huawei Watch 2 had updated to the latest version on the same day. Android Wear 2.8 is currently undergoing a staged release by Google and not many people have gotten it yet, so if your Watch hasn’t updated yet there’s no need to panic.

Unlike previous releases of the Android Wear OS, the official Android Wear 2.8 changelog by Google is short. In the Search Engine giant’s own words:

This new update has improved notification glanceability with a new layout which shows more of your message at a glance.
We have also made the background darker for better readability.

Android Wear 2.8 applies a new black theme to your Android smartwatches. As Google says, this is to improve readability as previous versions of Android Wear have their menus and options pages in grey colours instead of black, thereby making it a bit hard to read things on the screen under sunlight and direct light.

Apart from readability improvement, a system-wide black theme could help extend battery life on devices with LED (OLED, AMOLED) displays. Since most of the display will be black most of the time, LED displays will consume less power since they switch off pixels to display black.

This new feature is unclear at the moment, but the description made by Google suggests that you will be able to see more contents of your notifications at a glance. If this is what I’m thinking it is, users will start relying more on their smartwatches since they can derive most of the info they need just by glancing at their wrists.

How to Update to Android Wear 2.8

One thing you might want to keep in mind while wishing for the v2.8 update is that you can’t switch back to the appearance in the former version; once it all becomes black, it stays black.