Apex legends is a battle-royal game that was launched a while ago in February 2019. As of now, it is available in Xbox One, Microsoft Windows and PlayStation 4 for gameplay. As it is quite evident from the title itself, there are legends in this game. These legends are specific characters that have their own set of abilities. A total of 12 legends are there in the game.

When you start playing Apex legends, you get six legends for free, which are the same for everyone who starts. But as the game progresses, you will require the firepower of the other six locked legends too. So to unlock these additional legends, you need a unique in-game currency called Legend Tokens. Now legends are not the only thing that you can unlock using legend tokens. There is a timely rotation of weapon skins happening at regular intervals, and these skins are unique on their own. So if you see a skin you like, you should have a hefty balance of legend tokens to make sure you can purchase them. Now we know how essential Legend tokens are. So the question is, how can we earn these Legend tokens? Let’s find out. 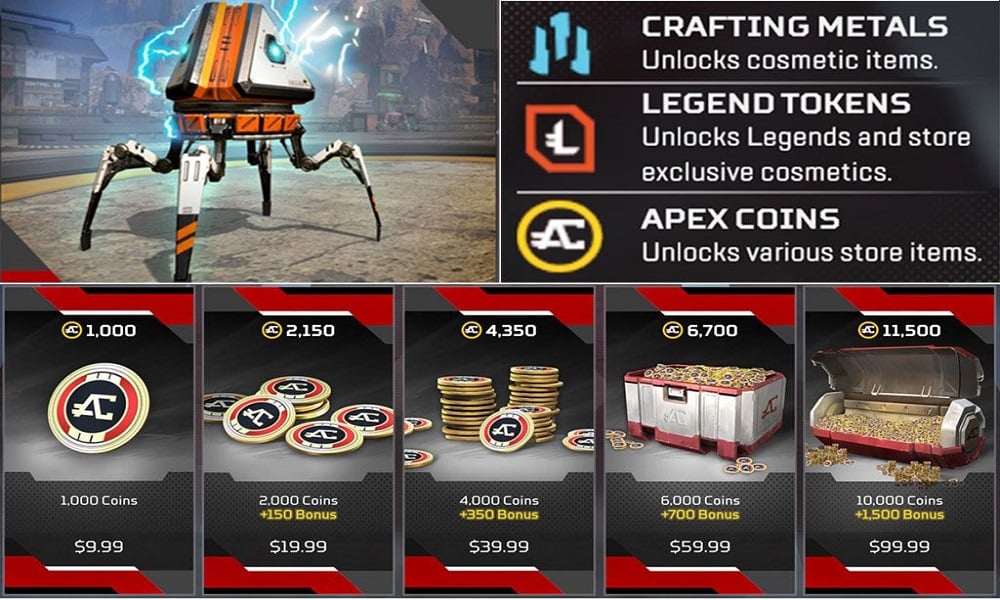 How to Earn Legend Tokens in Apex Legends?

So the only way to earn legend tokens is by leveling up. Every time a user levels up from level 4, he would receive a total of 600 tokens. To unlock a legend, you need a total of 12,000 tokens, Now a season in Apex legends lasts for three months, which is ample time to unlock the legends by spending 12000 tokens each. You will have to every token that you earn. By doing so, the first legend should be unlocked by the time a player reaches level 23 and then the next legend in every following 20 levels or a bit more. You can even use the legend tokens to buy cosmetics that keep on rotating in the stores. The cost for them would also be significantly less than 12,000 tokens.

Now to level up quicker, you need to earn more and more XP in every game. Killing an enemy in the game gets you 50 XP, but the significant chunk of XP comes from survival. This is a royal battle game as mentioned above, and finishing in the top five or even as the top player will get you more XP than killing a few enemies. Now you can choose to go on a killing spree if you are confident you can handle anyone that comes your way, but if XP is what you are looking for, then surviving will be the key. Besides surviving, playing with friends also gets you an additional XP. For the addition of one friend, you get a 5% boost while having a four-member squad will result in a 10% boost for every round of the game.

As mentioned above, there are six free legends made available initially. So choose a legend and go on playing with that legend until it maxes out. A legend can earn you a maximum of 25,000 XP. Once that is done for a legend, switch over to another legend and go on with the process of switching legends. Some players get comfortable around a specific legend, and then they don’t play much with other legends. But if you are trying to level up, you have to play with every legend to give yourself the chance of earning a lot of XP as quickly as possible.

So there you have it, a guide on how to get hands-on legend tokens and how to use them to progress in the game. If you have any queries, then comment down below. Also, be sure to check out our other latest iPhone Tips and Tricks, PC tips and tricks, Games and Android Tips, and Tricks. Moreover, you may also subscribe to our very own YouTube Channel and participate in the $150 giveaway contest. However, if you have any queries or feedback, do comment down below with your name and e-mail ID.