Asus ZenFone recently got a lot of attention from smartphone users due to some of the best features it has been equipped with. There are many users of this amazing device who have rated this device as one of the best one in every aspect. There are actually certain special features by the manufacturer which has contributed a lot to the success of this amazing device. If you own it, we have a very good news for you and i.e. Asus ZenFone 3 Android 8.0 Oreo update leaked with new ZenUI Interface. 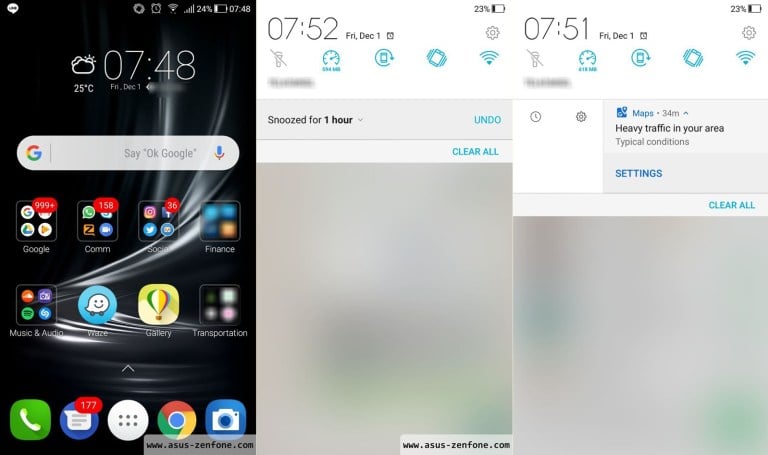 Asus recently promised to provide the Android Ore08.0 for both ZenFone 3 and ZenFone 4. However, the exact dates were not announced by them at that time. Asus released the first screenshot of ZenFone 3 based on Android Ore0 8.0. The update has already started to be distributed for the public beta for ZE520KL model. In this updated, the monthly packed has also been updated till November and the Asus is reported to work very hard to make Android Oreo8.0 a reality for the users in the shortest possible time.

Currently, ZenFone 3 is running on Android Nougat and Asus ZenFone 3 Android 8.0 Oreo update leaked with new ZenUI Interface probably bring a whole new experience for the users. There are several noticeable differences that users can have after the release of Android Oreo 8.0. This update includes all major features of Google’s latest OS for smart devices. Although the plan has not yet officially announced by Asus, it is expected that the update will hit users by the end of this year. However, if some experts are believed, the update will start rolling out in the coming weeks. It is also largely predicted that Asus ZenFone 4 will also get the Android Oreo update at the same time.

As of now, the OTA file has not been made available. However, we will provide the same at it will be introduced to help you update your Asus ZenFone 3 manually. Stay tuned to our website for the news on latest smartphones, customization, rooting devices and other similar posts.