There are no major changes apart from the security patch level which fixes the vulnerability in the Android OS that can be attacked remotely using arbitrary code easily. We highly recommend you to install the latest patch to secure your LG G8 ThinQ in the future cyber-attack. You can check for the latest software update by going into device Settings > System > Update center > System update.

If there is a new update available, then simply download and install it. Ensure that your device battery is charged more than 50% and connected to a Wi-Fi network for faster & stable downloads. Still, not getting the OTA update notification? Don’t worry! We have shared the steps and requirements to manually flash the firmware on your LG G8 ThinQ (LM-G820UM) using the LG Bridge tool. 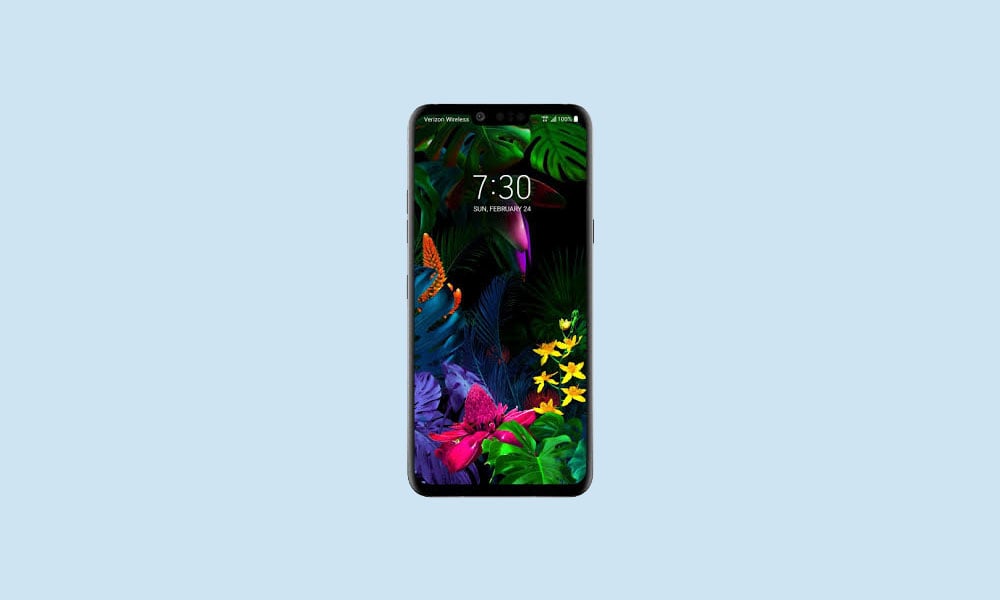 The LG G8 ThinQ is powered by the octa-core 2.8GHz Qualcomm Snapdragon 855 SoC, coupled with Adreno 640 GPU. There is a 6GB of RAM and 128GB internal storage variant. You can expand storage via a dedicated microSD card slot with the dual SIM support up to 512GB.

On the front side, the device features an 8MP selfie camera (f/1.7), a 26mm wide-angle lens along with Z camera time-of-flight (ToF). The dual rear camera setup pairs a 12MP (f/1.5) sensor with Dual-Pixel PDAF, and OIS support. While the secondary camera is a 16MP shooter of an f/1.9 aperture lens, an ultra-wide sensor.