LG Phoenix 2 comes with some upgraded features: the handset runs Android 6.0 Marshmallow out of the box and sports a 5-inch HD. Today AT&T has started rolling the latest security patch update for AT&T LG Phoenix 2. The update bumps the software version to K37120n and brings the January 2018 Security Patch for AT&T LG Phoenix 2. This update is still based on Android 7.0 Nougat. Along with this update, the company also added fix for Blueborne Virus and Krack WiFi Vulnerabilities. 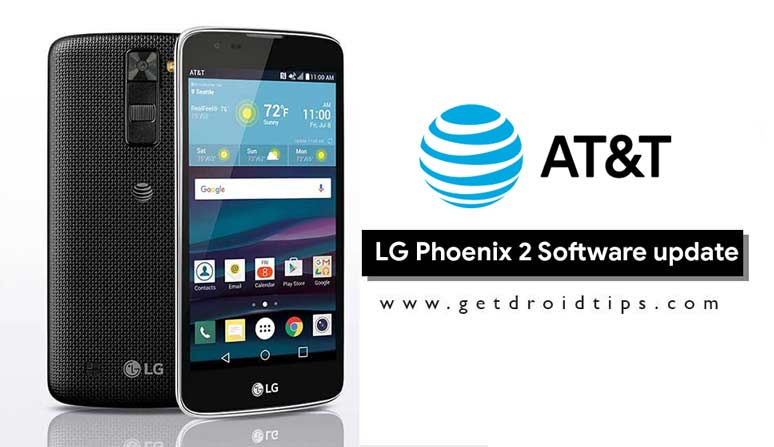 The update is currently rolling via OTA (Over The Air) to every user in AT&T carrier. The rollout is in a staged manner. It may take a couple of days or weeks to reach every AT&T LG Phoenix 2 users. To receive the OTA update notification, you must be running stock firmware.

The update brings nothing major except the security patch, bug fixes, and other improvements. Now upgrade to a more secure version of software on AT&T LG Phoenix 2 to free from Malware and other virus.

How to check OTA update on AT&T LG Phoenix 2:

If you have the update notification on your AT&T LG Phoenix 2 phone, then hit the DOWNLOAD button to start upgrading your phone to latest software version K37120n.

Once if you have all this, you can proceed with upgrading AT&T LG Phoenix 2 to K37120n.

In case if you have received the download link to the firmware K37120n, then you can simply follow our guide to installing the software KDZ file manually.