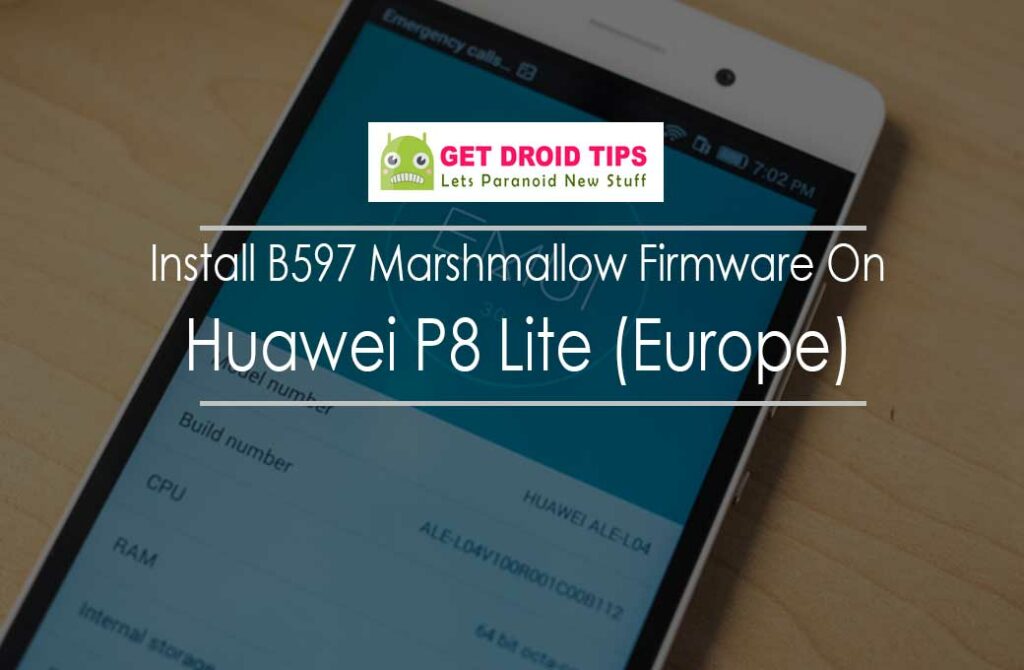 How to Install B597 Stock Firmware On Huawei P8 Lite (Europe)