Call of Duty Warzone has a wide array of guns, and it gets pretty overwhelming for new players. While players get a number of options to choose from, it gets a bit overwhelming for some users. Two of the most popularly used guns in the game are the MP7 and MP13. Warzone gives an array of customizability of each gun as well. So even if you have decided which gun you want to use, getting the attachments right can be a brainstormer. To make things easier for you, we have made the best loadout for MP7 and M13. 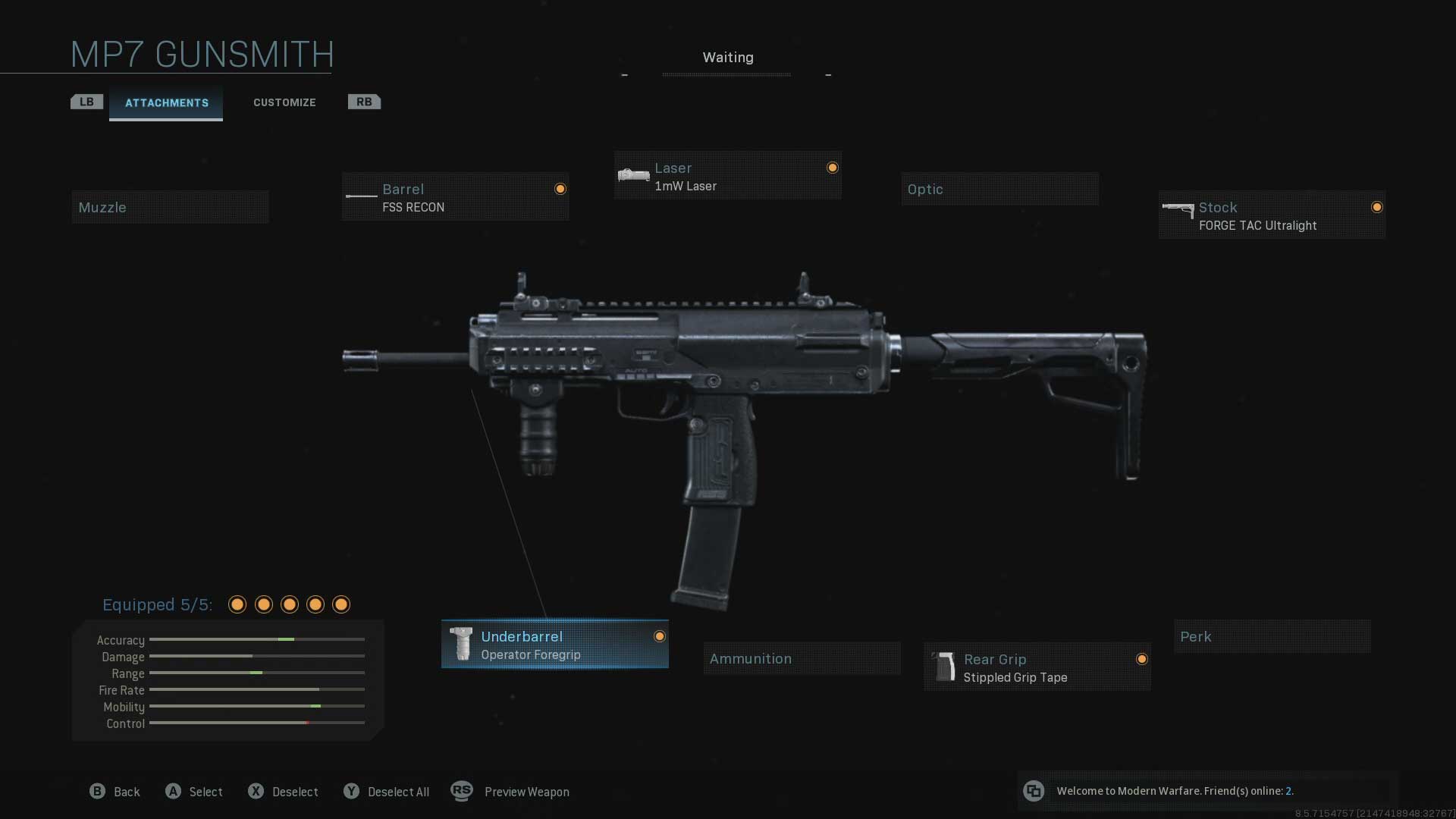 The mono suppressor muzzle is a pretty great muzzle for long-range encounters. The salient features of the muzzle are that it offers a longer range of damage and sound suppression at the mere cost of aim down sight speed and aiming gun steadiness.  This basically makes it the perfect choice for players who prefer both stealth and long-range combat.

The extended magazine is the most important attachment since the stock guns have very low ammo count. You need to have the bare minimum of 50 round mags to be able to take intense firefights with multiple enemies at once.

The ranger foregrip will help you with better recoil control for intense firefights and, at the same time, improve aiming stability as well. This is again pretty useful for people who engage in long-range combat.

The tac laser acts as your compensator for the slowed-down aimed down sight speed from the rest of the attachments and also improves aiming stability and aim walking steadiness at the same time. The only drawback is that the enemy can see the laser, which can expose your position at times, which can land you in a tight spot. But if you are good with your reflexes, the cons this attachment offers is nothing in front of the perks.

Like the MP7, the M13 also benefits from the mono suppressor muzzle immensely. Both the MP13 and MP7 are pretty good guns for use as a long-range stealth weapon, and the suppressor is a must if you are engaging in any kind of stealth gameplay.

The Tempus Marksman Barrel not only offers higher damage range, increased bullet velocity but also better recoil control. There is a usual aim down sight speed and movement speed reduction, but that can be easily compensated with other attachments.

Sight – Any Sight of your choice

This is something which totally boils down to your choice. Warzone offers a wide array of sights, and it has something or the other for the preferences of each and every user out there.

If you are into stealth and long-range gameplay, the .300 Blackout 30-Round Mags is a beast. Keeping aside the fact that it offers higher damage range, the reason which makes it more beneficial than 50/60 round mags despite offering low ammunition is the fact that it hides death markers and death markers. This gives you an edge at short-range as well.

The commando grip helps in improving the recoil control. The attachment is very beneficial for guns with a harder to control recoil pattern, and then only con is the reducti0n in movement speed.

That’s all you need to know about the best loadouts for MP7 and M13 in Call of Duty Warzone. If you need any more tips and tricks related to Warzone or any other game, let us know in the comments section below.