Blackberry has always been thorough in providing timely software updates for its Android devices. Speaking of which currently the August 2018 security update is making its way for the BlackBerry KEY2. It brings the new build number ABE181  to the phone. The August Android update fixes a number of security lags and also comes with improvements to the camera. This update is quite big weighing around 400 MB.

This update we are discussing bearing the software version ABE181 is knocking into devices in the US and Canada. Last week it began circulating around in Hong Kong. As the software is airborne, it will take a while to reach all the devices across various tele-carriers. 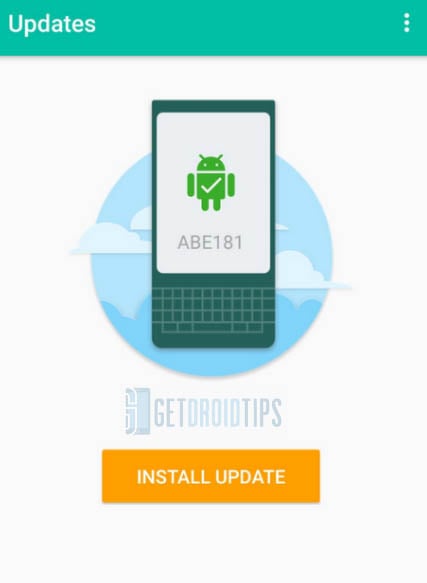 Users are reporting that post the ABE181 update, low light photographic experience has improved. This means even in low lighting conditions, phone brings a brighter hue to the photos.

You can wait for the OTA to drop in or you can search for it manually. Go to Settings > About Device > System Updates > tap on Check for updates. Make sure to have a battery level of 50% or more to avoid power blackout issues while downloading. As the software file is quite big, it’ll be a good idea to find a Wi-Fi and download the update via it.

BlackBerry KEY2 is a dual SIM Android device with a 4.50-inch display with a resolution of 1080 X 1620 pixels. It was released in June 2018. It packs a 2.2GHz Qualcomm Snapdragon 660 octa-core processor and 4GB of RAM. We also get 64GB of expandable internal storage. KEY2 runs Android 8.1 Oreo out-of-the-box. In the camera section, the BlackBerry KEY2 brings a 12-megapixel primary camera on the rear and an 8-megapixel selfie shooter on the front face.

Those of you who want a fix to the camera set-up and get the latest security upgrade, do not miss the ABE181 software OTA for BlacBerry KEY2. Do let us know what other changes you notice on your device after installing the new update.