TCL unveiled the BlackBerry Key2 LE smartphone at IFA as a toned-down version of the BalckBerry Key2 smartphone. Just after the announcement, the Key2 LE available for pre-order in Europe and last week the phone arrived in the US. Now the same smartphone arrives in the Indan market. The phone is available in India for pre-order from October 12th on Amazon India exclusively. The phone available at Rs. 29,990 (~$406) price tag. 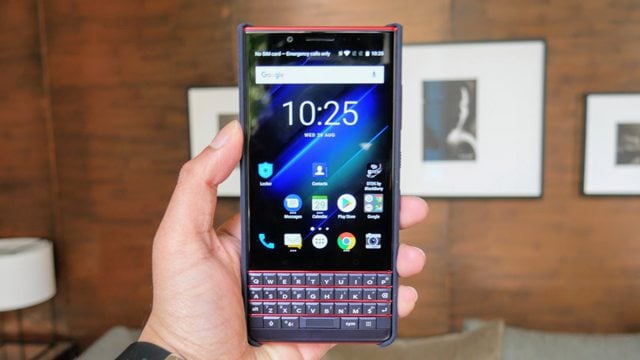 The BlackBerry Key2 LE comes with 4.5-inch IPS LCD display that offers 1620 x 1080 pixels of resolution and 3:2 aspect ratio. There is 2.5D curved glass on the screen of the phone that protects it from minor scratches. The Key2 LE powered by Octa-core Qualcomm SDM636 Snapdragon 636 (14 nm) processor inside the body along with Adreno 509 GPU. In India, the phone comes with 4 GB of RAM and 64 GB internal storage option along with micro SD card supports up to 256 GB.

In terms of camera, The Key2 LE smartphone comes with dual camera sensors on the back side along with Dual-LED dual-tone flash. There are a 13-megapixel main camera with f/2.2 aperture and 5-megapixel secondary camera with f/2.4 aperture. On the front side, it has an 8-megapixel camera for selfies and video calls. The phone runs on Android 8.1 Oreo operating system out of the box. BlackBerry Key2 LE packed with Non-removable Li-Ion 3000  mAh capacity battery under the hood. It has a fingerprint scanner embedded with the space bar on QWERTY keyboard.

The Key2 LE smartphone will available in only Space Blue color in the Indian market. The phone also comes with several security features, including BlackBerry Locker, Password Keeper, Privacy Shade, BlackBerry Hub and DTEK security manager. The phone comes with Aluminum frame and plastic back with a textured pattern on it.