In this guide, we will teach you how we can easily remove the Google account verification (FRP lock) on the Dexp A350 Mix smartphone. Well, Dexp A350 Mix is the latest device running Android 8.1 Oreo and powered by MediaTek MT6580 chipset. As we all know that MediaTek processors are known for its great performance in a budget price tag.

Most of the Android users, sign in to their device using Google account to access all Google apps such as Google Play Store, Gmail, Youtube, and many more. Unfortunately, some device owners may end up losing their credentials later on. If you bought a second-hand device and you want to create a new account, you may reset the device.

Mostly the previous user may not have deleted their Google account, in that case, you will get the following message “This device was reset, to continue to sign in with a google account that was previously synced on this device”. If you don’t have the old Google Account Credentials and want to bypass the FRP Lock on your Dexp A350 Mix, this is the guide where you can rely on. 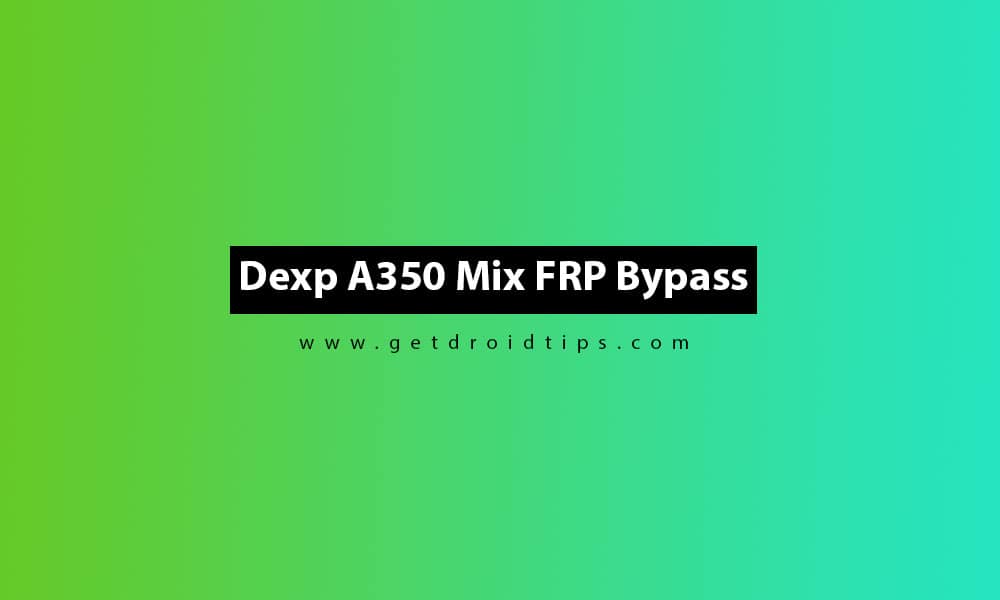 ‘FRP’ known for the term “Factory Reset Protection”. It’s a security measure taken by Google for Android platforms and devices running on the Android 5.1 Lollipop or above version. This functionality gets activated once you sign in to a Google Account on your Android device. And once it is activated, it will prevent you from using the phone until you enter the previous Google Account Credentials.

Now, let us take a look at the prerequisites to remove the Google account or bypass the FRP lock on Dexp A350 Mix. Should we?

Steps to ByPass FRP lock verification on Dexp A350 Mix

You can also take a look at our video guide to remove FRP lock on Dexp A350 Mix.

We hope that you’ve successfully bypassed the FRP Lock on your Dexp A350 Mix MediaTek running device. If you’ve any issues or queries regarding this, feel free to write down in the comments below.