It looks like you are using the Walton Primo S7 as your daily driver and now finds some issues regarding Google Account Lock. Walton Primo S7 is the latest device running Android 9.0 Pie and powered by MediaTek chipsets. As we all know that MediaTek processors are known for its great performance in a budget price tag. Well if you have performed factory data reset on your Walton Primo S7 and if you forgot the previously signed Google account, then don’t worry. Here we will guide on how to remove Google account or bypass FRP lock on Walton Primo S7 handset easily.

If you bought a second-hand device and you want to create a new account, you may reset the device. Mostly the previous user may not have deleted their Google account, in that case, you will get the following message “This device was reset, to continue to sign in with a google account that was previously synced on this device”. If you don’t have the old Google Account Credentials and want to bypass the FRP Lock on your Walton Primo S7, this is the guide where you can rely on. 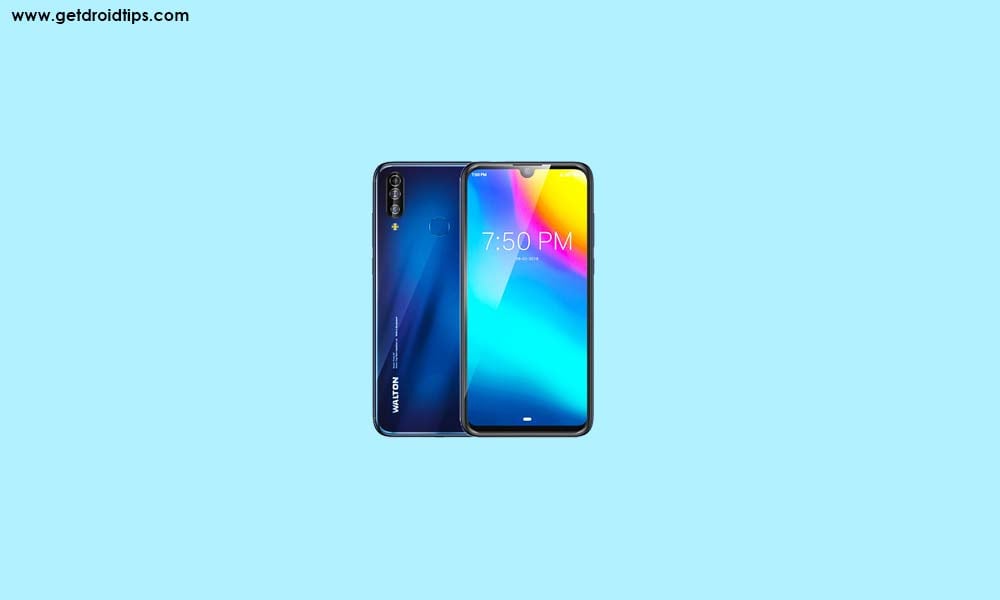 Walton Primo S7 was announced in July 2019 which sports a 6.26-inch IPS LCD display with a screen resolution of 1520 x 720 pixels with 218 PPI pixel density. The device is protected by a 2.5D curved glass screen.

Walton Primo S7 is powered by a MediaTek Helio P22 (MT6762) chipset coupled with 4GB of RAM and 32GB of internal storage. It also supports an external memory card. The device came out of the box with Android 9.0 Pie and backed by a 3900 mAh battery (Non-removable).

Now, let us take a look at the prerequisites to remove the Google account or bypass the FRP lock on Walton Primo S7. Should we?

You can also take a look at our video guide to remove FRP lock on Walton Primo S7.

We hope that you’ve successfully bypassed the FRP Lock on your Walton Primo S7 MediaTek running device. If you’ve any issues or queries regarding this, feel free to write down in the comments below.