As the players have all entered into a brand new season of Animal Crossing New Horizons, the possibilities of adding more and new things to their collection just increased. We are talking about the Wedding season, the new in-game currency called Heart Crystals, bugs, fishes, and much more. With all the new possibilities, Animal Crossing fans are all rushing well into the game.

How to Catch an Arowana in Animal Crossing New Horizons

Catching an Arowana isn’t easy and it will need some effort and patience to finally get your hands on one. You can find the Arowana from December through March in the Southern Hemisphere and from June to September in the Northern Hemisphere, Moving onto a more specific time of the Arowana, be prepared and expect it between 4:00 PM to 9:00 AM.

When it comes to catching an Arowana, a river is where you should go looking. These fishes are found only rivers. We suggest that you keep fish bait handy before going fishing. So once you’re in the river area, what you should be looking for is a large shadow. Since this a rare one, you’ll need to have to wait sometime. If things are really not working out, use the fish bait to lure them out. 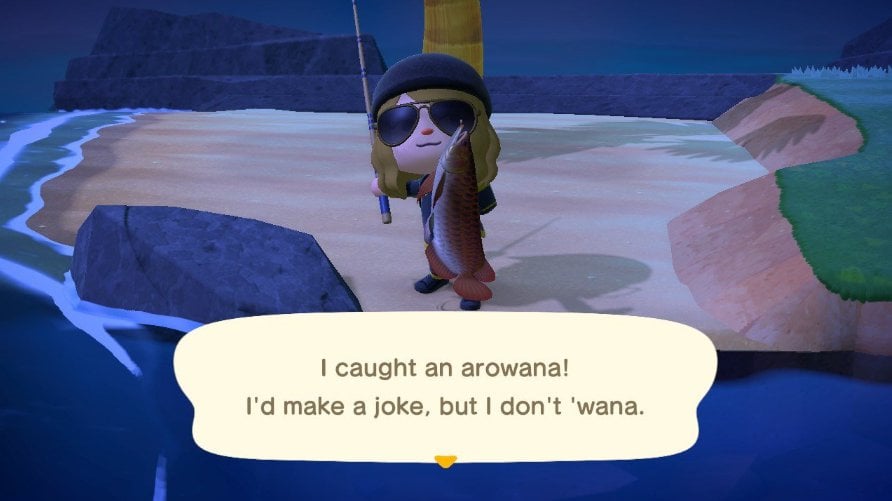 Summing up our guide, the Arowana appears during the months from December to March in the Southern Hemisphere and from June to September in the Northern Hemisphere. This particular fish can be found in the river areas during the hours from 4:00 PM to 9:00 AM, appearing as large shadows. That said, we hope reading the guide above has brought some valuable information and help to you. Please let us know by commenting down below if you have any further queries regarding the same.