Although Apple, Samsung and MI are the major game players at the International smartphone market presently, there are other manufacturers who are not so popular but are equally contributing in fulfilling the demand and desires of the smartphone lovers. It is quite true that many manufacturers are there which have played a significant role in making the smart gadgets best in every aspect. One example is Blackview. It is basically another Chinese manufacturer which has attracted the attention of a very large number of smartphone users. In this post, we will discuss useful information about the common Blackview S8 problems and fixes.

Basically, Blackview S8 was launched in October 2017 and since it has become one of the finest available devices. Many users are using it as of now. However, there are a few issues which have been reported in this device. The fact is most of them are due to OS related bugs which are pretty common in almost every Android-based gadget. If you are facing them, it would be good for you to gain knowledge on the common Blackview S8 problems and fixes. There is no need for you to worry if you are facing any of the issues related to this device. This is because it is possible to eliminate them in the shortest possible time. 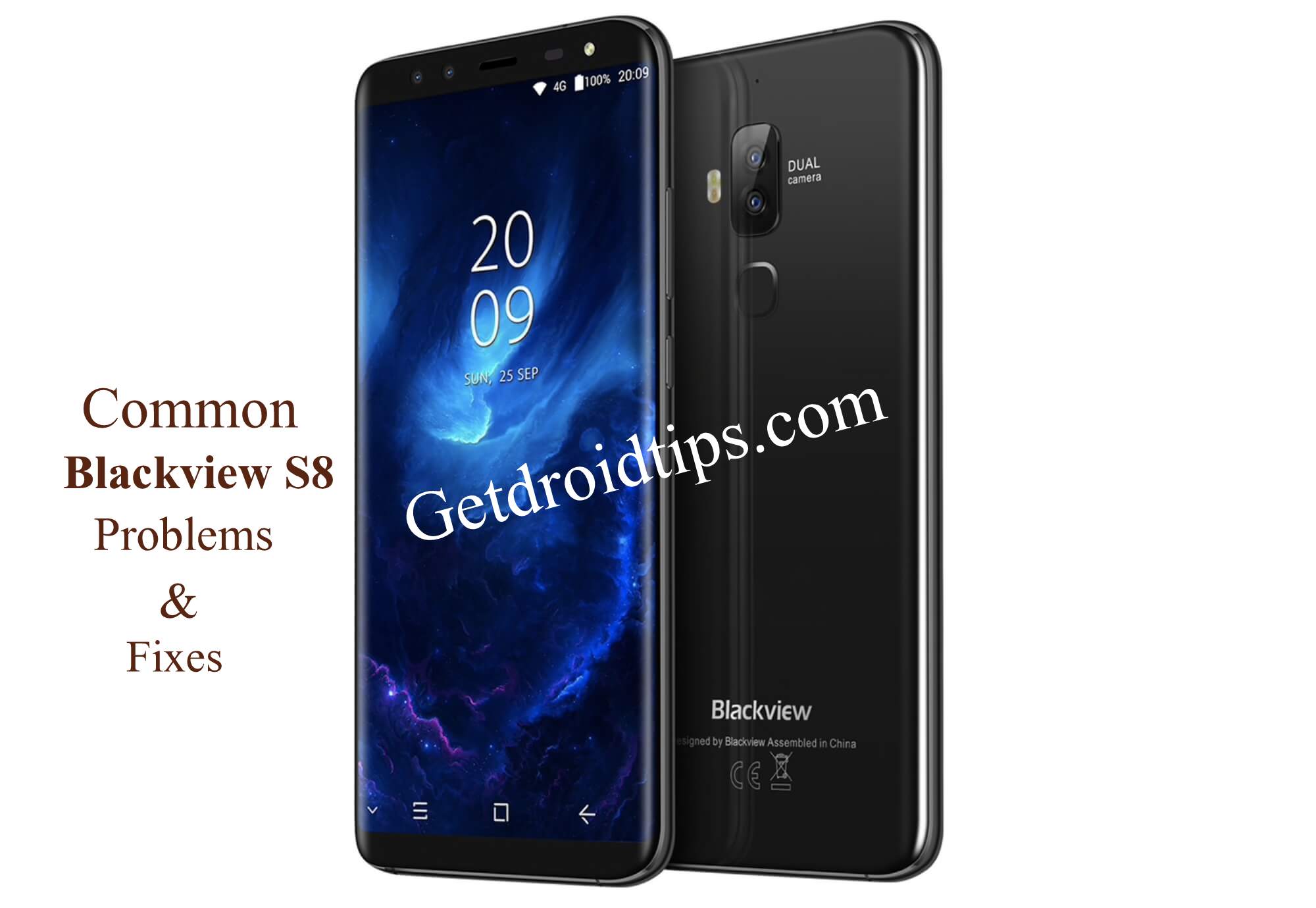 The Blackview S8 is a device that comes with the best specifications that any modern smartphone users need in 2018. It runs on Android Nougat 7.0 and is having a finest display installed on it. You can expect the 1440 × 720 pixels resolution from the same. The display is having a size of 5.7-inch which makes it good enough to view any form of content. It comes with 4GB RAM and 64 GB ROM. In case your memory needs are more, the same can be expanded upto 128GB.

Like modern devices, it has a dual 13MP primary camera and 13MP secondary camera for capturing quality images. The 1.5GHz octa-core processor makes it one of the best devices when it comes to performance. The 3180mAh battery simply enable users to not to worry when they have to use the device for the full day once it is charged fully. Let us now pay attention to the common Blackview S8 problems and fixes to help you avoid any problem you are facing on your device.

Prior to considering anything about the common Blackview S8 problems and fixes spotlighted in this post, it would be good for you to keep this thing in mind that Getdroidtips.com cannot be held responsible for any damage caused to your device while following the mentioned information due to your own mistake.

When it comes to finding useful information about the common Blackview S8 problems and fixes, there are many users who are not in a position to find the same about the poor camera quality and how to deal with it. Well, if you are one among them, there is nothing to worry. You can easily keep up the pace against all the issues related to camera with the following methods

Let us first discuss about the connectivity issues which a few users of Blackview S8 have reported recently. The fact is facing these issues is quite common as there are certain factors that can give rise to them. A slow operating internet connection or any forms of issues in it are generally mistaken as connectivity issues. It is therefore recommended to you to first pay attention to the same before you proceed with anything else. If everything seems ok, you can follow the below methods.

A device can overheat due to many reasons and the fact is many times it’s not easy to know the exact cause of the same. It has been observed that the issues are generally confusion with the hardware fault which is not the cause when it comes to overheating problem in a device. It would be good for you as a user to follow the below methods and instructions to avoid this issue.

Many times it has been seen that devices fails to keep up the pace when they are connected with a PC. The problem could be in the PC also and it would be good for you to keep this thing in mind. If everything in the PC is ok, the following methods can probably help you to avoid this issue.

Modern smartphones are designed to perform many tasks and it’s true that the nature of all such tasks is not same. Thus, different tasks consume different time and engagement of RAM and processor up to a great extent. This is the most common reasons why such problems declare their presence in the gadgets. To eliminate them simply, follow the information mentioned below.

Possibly you don’t want your device to be a tortoise in the scenario when devices can be put equal to a bullet train when it comes to performance. There is actually nothing much you need to do to avoid this problem. You can easily keep up the pace with the methods that are mentioned below to assure desired level of performance on your Blackview S8.

Blackview has put a lot of efforts in assuring that this device displays everything in a best possible manner on its screen. However, many users have been reporting that the touchscreen doesn’t work temporarily while performing some important tasks. If you too are facing this problem, try following instructions/methods

Not all the SIM cards are designed to work on all the devices. This is the first thing you need to keep in your mind. This problem generally declares its presence because of no other reason than a damaged SIM. Check it out first. If it is ok, try the following methods

Earpiece sounds robotic is one of the major problems when it comes to Blackview S8 problems and fixes. To avoid this problem, try the following

A few users of this device have reported that they are not in a position to use the micro SD card in the slot just because the device fails to detect the same. This could be a serious problem for those who have extra memory needs. If you are one among them, there is nothing to worry actually. Try the following methods and instructions to get the favorable fortune.

GPS is an important feature in the modern smartphones. Problems in it can be due to many reasons. To deal with them, you can proceed with the following methods

This problem can simply be eliminated with the following methods