Today night city districts and maps will be explained here. The map of cyberpunk 2077 is divided into two different kinds of settings: the City and the Wasteland. After the climate change of the mid-90s of this universe, most parts of America became a desert, many small towns were abandoned, like local farms, businesses, and the bank collapsed in the wake of the drought, famine, and economic chaos.

As it was impossible to grow crops in the post-climate change soil unless you were a huge corp with lots of resources, farmers were forced to leave their field for the cities or became nomads. These farms were bought up by huge Agricorporations and lots of them by the energy giant Petrochems, and were maintained with hired workers, machine labor, and well-equipped guards, Mostly machine labor, though.

The universe space between cities is called the Wasteland. Many of the deserted spaces were occupied by Nomads, who claimed the territories for themselves. These settlements are called the Badlands. Many towns of the greater night city area were abandoned in the late 90s, North Oak, Heywood, Santo Domingo, etc. 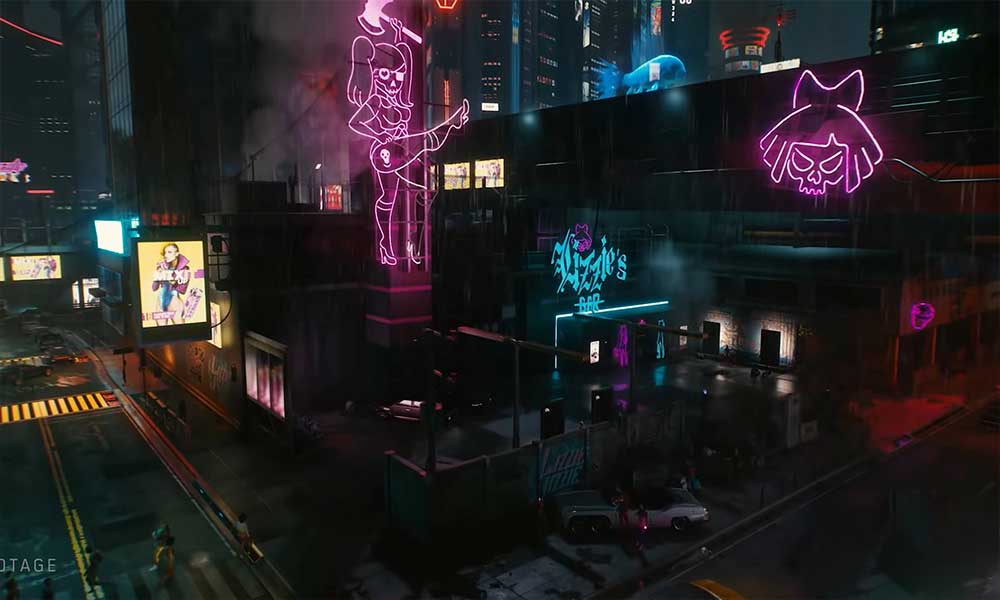 They were little less than abandoned farms until a mini-nuke exploded in the corporate center of night city in 2023, displacing millions to the abandoned towns around the metropolis, all these small towns in the Night City area were rebuilt in the post 4th corporate war era to be incorporated to Night City, and became the metropolitan districts that we can see in Cyberpunk 2077: Watson, Heywood, Santo Domingo that now includes the town of Rancho Coronado, Westbrook, the City Center, and Pacifica.

Each district has its own unique style, its rules, and its factions, although the difference can be felt in different neighborhoods of the same districts. The zones where the Wasteland merges with the metropolitan area are called the Outskirts of Night city, which you could guess by its name, and what we will find there will depend on the zone we’re in. So far, two nomad families have been confirmed to be settled in the Badlands of Night City, the Raffen Shiv, and the Aldecaldos. 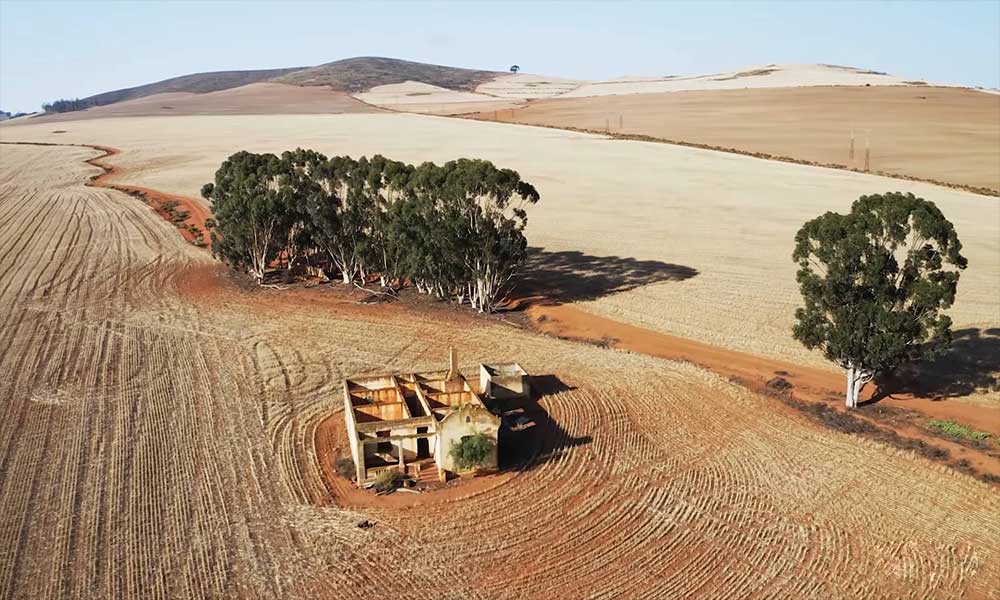 The Aldecaldo family was the first true nomad family to form after the collapse of Los Angeles, and they actively participated in the reconstruction of Night City after the 4th Corporate War, headed by Santiago Aldecaldo, former companion of the solo Rogue, who became a fixer in 2077. 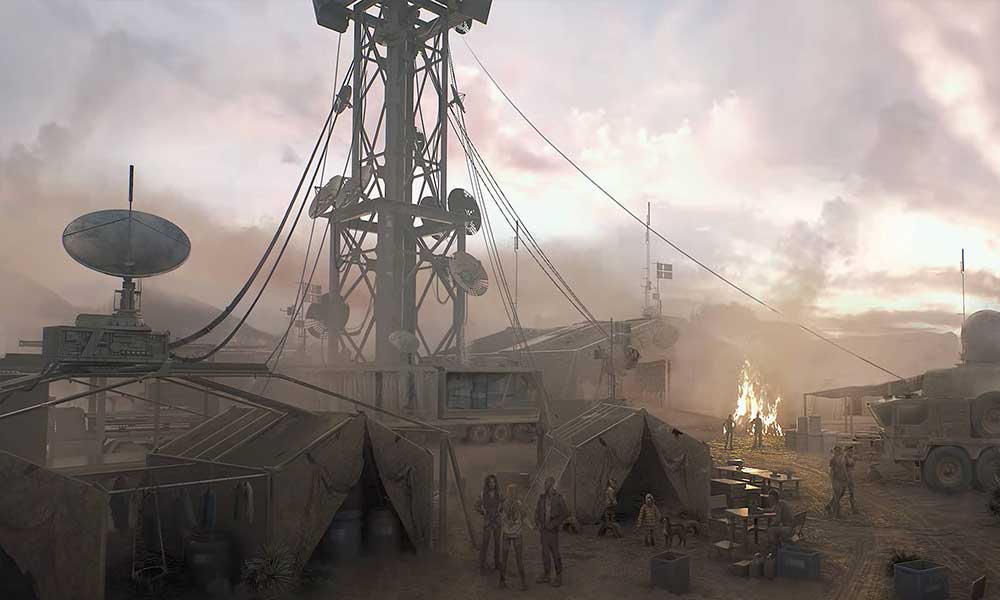 Normad Santiago was also one of the edge runners involved in the Arasaka Riot with Rogue and Johnny Silverhand.

The Raffen Shiv, though, are not as friendly as the Aldecaldos; they are the most hated of Nomad clans. They steal from, kill, or enslave any whom they can trap. The largest of the Raffen gangs are the Wraiths, who are cybepsychotics when they have a good day, and their leader is rumored to wear cl0thing made of human skin. 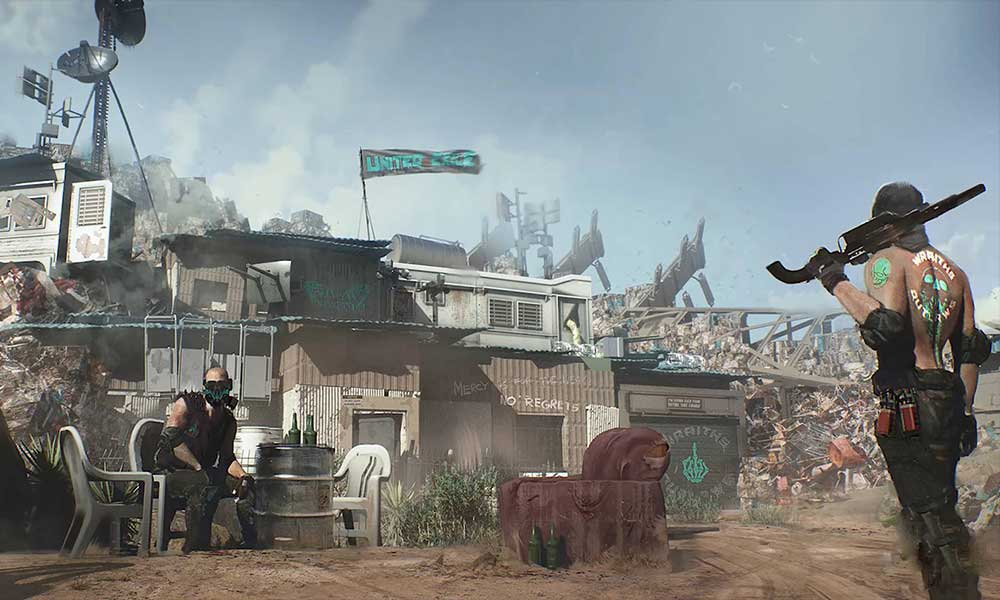 The Aldecaldos, on the other hand, settled closer to Night City, in the eastern outskirts, in what looks like an abandoned military base. This may be the base where the US army, along with Militech Operatives, gathered to plan the attack to the Arasaka Towers in the corporate center of Night City in 2023.

Inside the Metropolitan City

Inside the metropolis, things are very different, although Night City is still a jungle. The corporate center is the jewel of the city and the palace where the power dealers decide the fate of Night City, and it’s where the main offices of the megacorporations operating in Night City are. 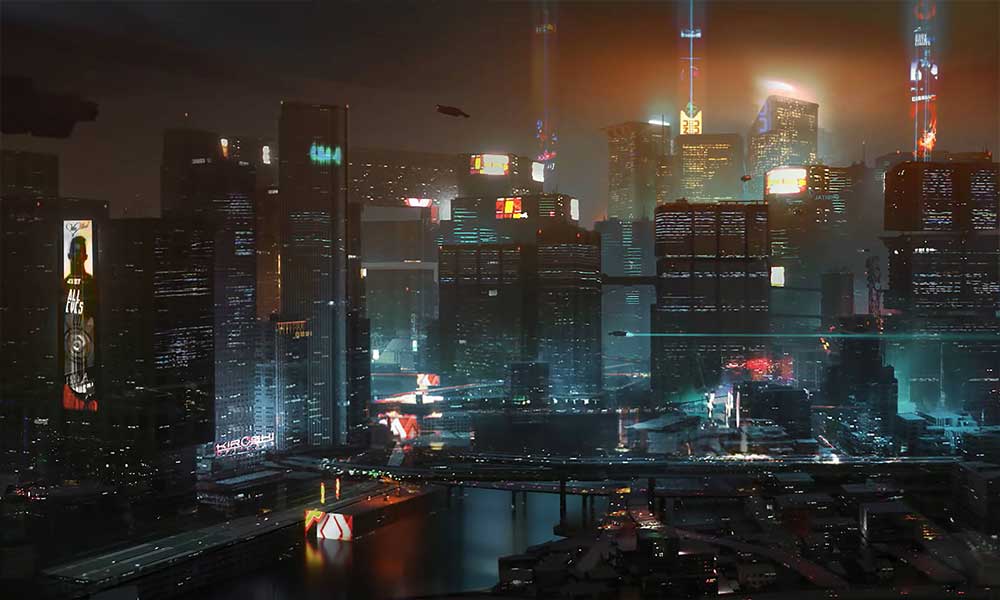 It might look safe thanks to the corporate security that guards every single of their buildings from the city scum, although the wars that take place here are not the kind of battles that are solved with a firefight, that doesn’t mean they are not dangerous, or this district is not filled with ferocious individuals that would put a bullet between your eyes in a heartbeat if they thought this could grant them a promotion. The corporate center includes the orbital Air platform.

Orbital Air is the only megacorporation capable of making the German giant Euro Business Machines pull back, as they did in the first corporate war, this space travel company from Kenia was built, in a good part, with heavy investment from the EuroSpace Agency and it’s the main company when it comes to transporting cargo and passenger from Earth to any place outside it, being the main provider of the orbital colony Crystal Palace, the property of the Euro Space agency.

It would be confirmed that we would able to use boats without driving them, and So I can’t see any other interesting place to visit offshore than the orbital air island.

When the power dealers are looking for a thrill or leisure, they go to Westbrook, a district of many faces, a place for the wealthy that likes to work hard and play hard.

On the one hand, thanks to the botanical experiments of Biotechnica during the Time of the Red, the only green spot amongst the Wasteland and the neon and concrete jungle can be found in north-east of this district, an exuberant paradise for those who can afford and like to play the power game. 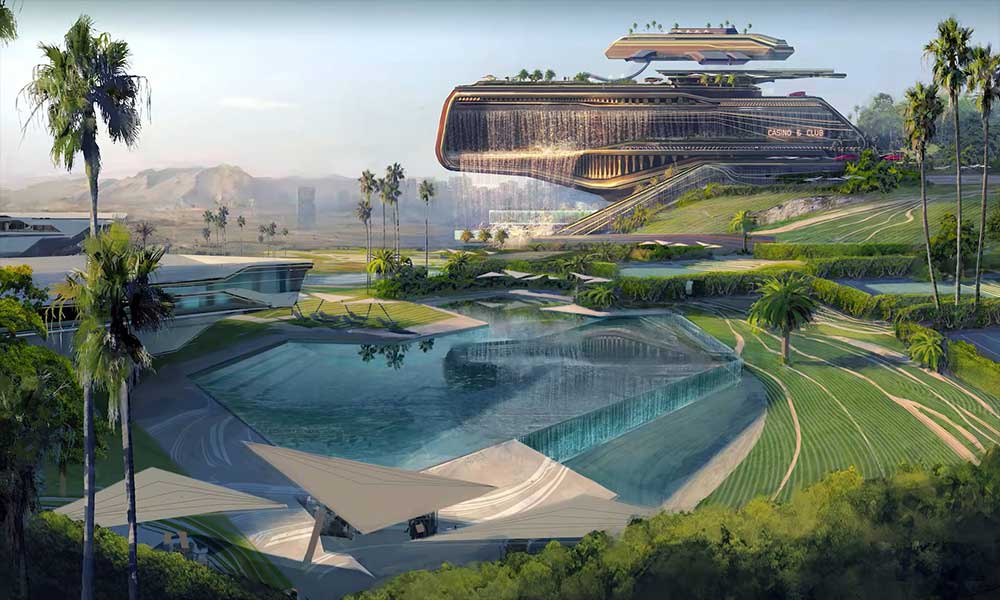 The metropolitan side of Westbrook, a tourist-oriented Japan town, seems to be controlled by the Tyger Claws booster gang, a gang that is thought to be economically backed up by the megacorporation Arasaka, although they may also have a strong presence on other parts of the Night city where the Japanese community established, like is the case of Waston, a fallen corporate giant now populated by a unique mix of Asian cultures that hides various bazaars and market amongst its alleyways. T

he Japanese quarter of Kabuki seems to be branded by the Tyger Claws, although they may not be the only Japanese combat biker gang present in Kabuki, as if the rebel son of Saburo Arasaka, Yorinobu Arasaka, is around he may come with the booster gang he created: the Steel dragons. 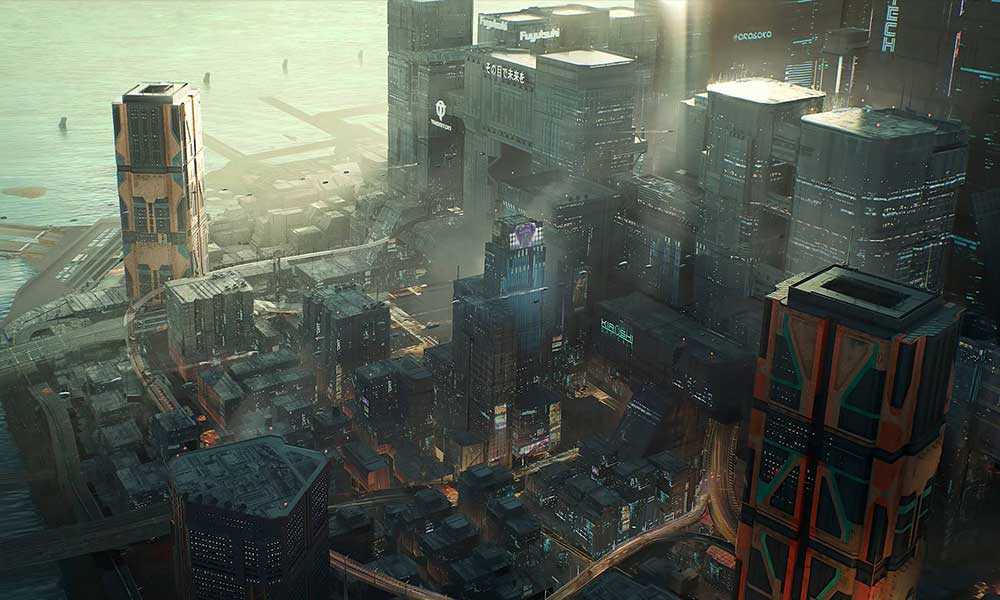 If you live in the predominantly Latino district of Heywood, it means you successfully managed to climb the social ladder, but although this massive sub-urban housing district may look posher than other districts like Watson. 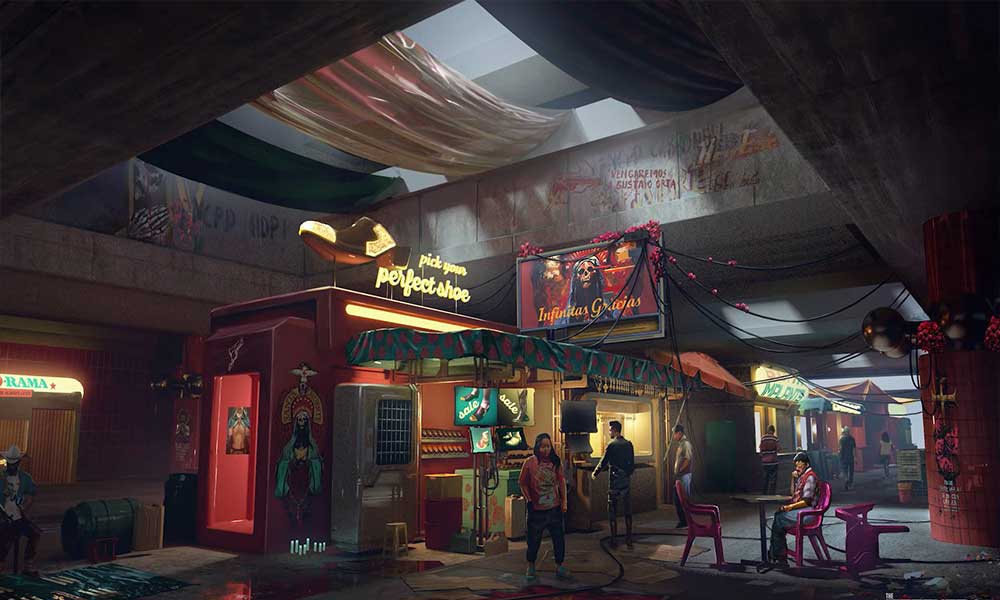 Gangs still have a lot of presence there, because this is a night city, and what happens under the sun in broad daylight it’s very different to what happens at night.

All Nigth city is powered from the industrial district of Santo Domingo, a region that, during the reconstruction, absorbed the sub-urban area of Rancho Coronado. 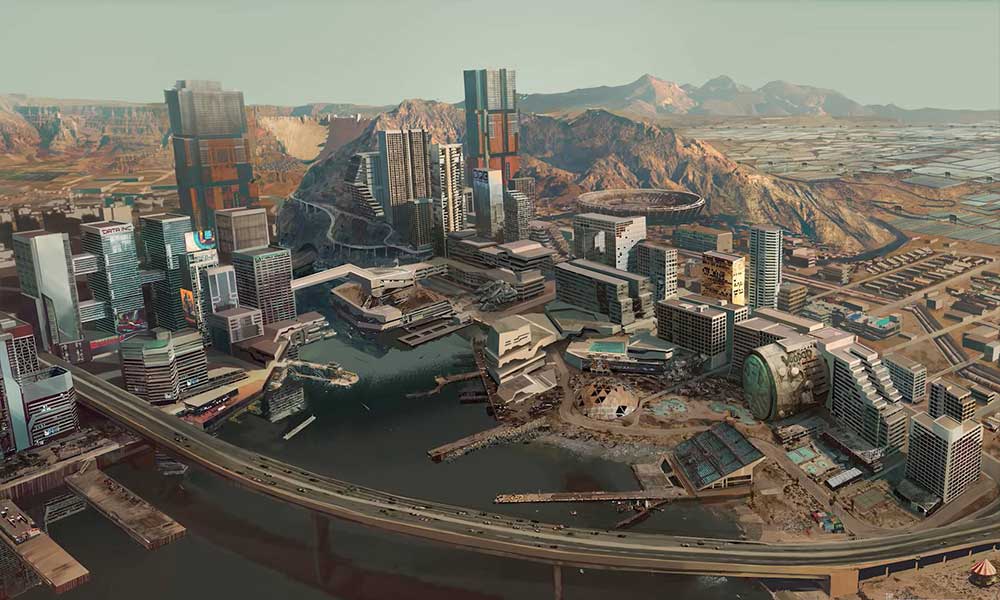 The most dangerous part of the Night city is the district of Pacifica, also known as the combat zone.

These were the district of Night City. We hope you learned something new today. If you liked this, do remember t to check our other Windows Guides, Gaming Guides, Social Media, iPhone Guides, and Android Guides to read more. If you have any doubts or feedback, comment down with your name along with the email ID, and we will reply shortly. Also, subscribe to our YouTube Channel to win our $150 giveaway contest. Happy Gaming.