As you progress through the game, you’ll run into Phase Spiders and the Phase Spider Matriarch. This happens right outside the Blighted Village, at the bottom of the well. The battle here consists of enemy spiders that you must get rid of. While the initial encounter might seem easy, things get more intense when the spider boss gets into action.

As you find these enemies, you’ll also happen to come across spider eggs. These eggs must be destroyed before they hatch into more spiders that can cause more headache to you. Before you start a battle with these creatures, I suggest that you run through our guide on how to defeat Phase Spider Matriarch (Spider Boss) in Baldur’s Gate 3 so that you won’t stand to meet an unfortunate loss.

The first thing you need to do is destroy the 3 groups of eggs. When you’re on your way to doing this, it is best that you avoid and sneak past the spiders at the beginning. To easily accomplish this, you may utilize an Invisibility Potion. When you’re destroying the eggs and see other spiders near them, you should use a party member to lure those spiders away before continuing to destroy the eggs. If you fail to draw them away and the spiders start attacking you, simply fight them back and push them off the ledge. 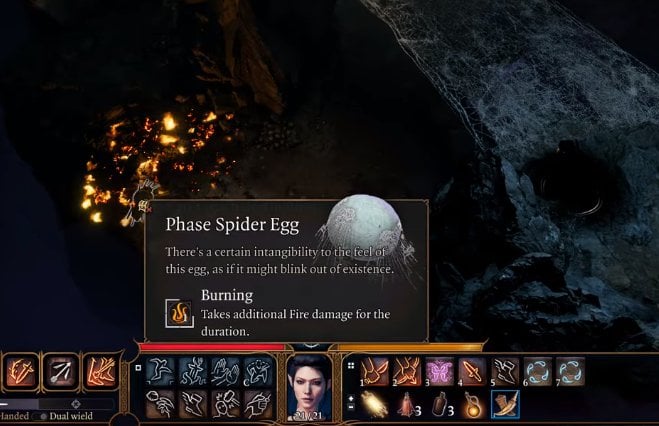 Moving on, when you get yourself into a fight with the Phase spiders and the Phase Spider Matriarch, all you have to do is stay clear of the AOE attacks that are poison carried. This attack by the spider is the only thing that’s gonna bring you down so stay away from it. 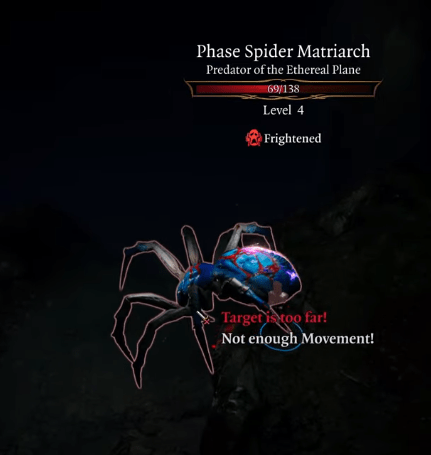 The Phase Spider Matriarch is a pretty powerful enemy in Baldur’s Gate 3, especially against players at a smaller level. However, you can still pull this one off and you’ll collect a Poisoner’s Robe dropped by the Phase Spider Matriarch. That said, we hope reading the guide above has brought some valuable information and help to you. Please let us know by commenting down below if you have any further queries regarding the same.