If you are trying to delete your Houseparty account but couldn’t find the said option, then take the help of the tips that we are about to mention. Houseparty is one of the recent addition to the long list of video calling apps. Initially, we had Viber, Skype, and Hangouts, however, this list is slowly being expanded to include other apps as well. For example, you have Zoom, then there is Houseparty and many others. However, it is the latter that has managed to raise quite a few eyebrows as of late.

The sad part is the hype created by this app is not mostly related to the introduction of new features or anything along the same lines. Quite recently, we are seeing the app is being the part of controversy or two. There has been increasing news of user’s data being accessed by hackers for malicious intent. This is what has scared most of the users and hence are looking for ways to delete their Houseparty account. And if you are one of those users who think it is now time to bid adieu to this video-calling app, then here is how you could delete your account.

How to Fix Audio issue on Houseparty App: Sound Not Working 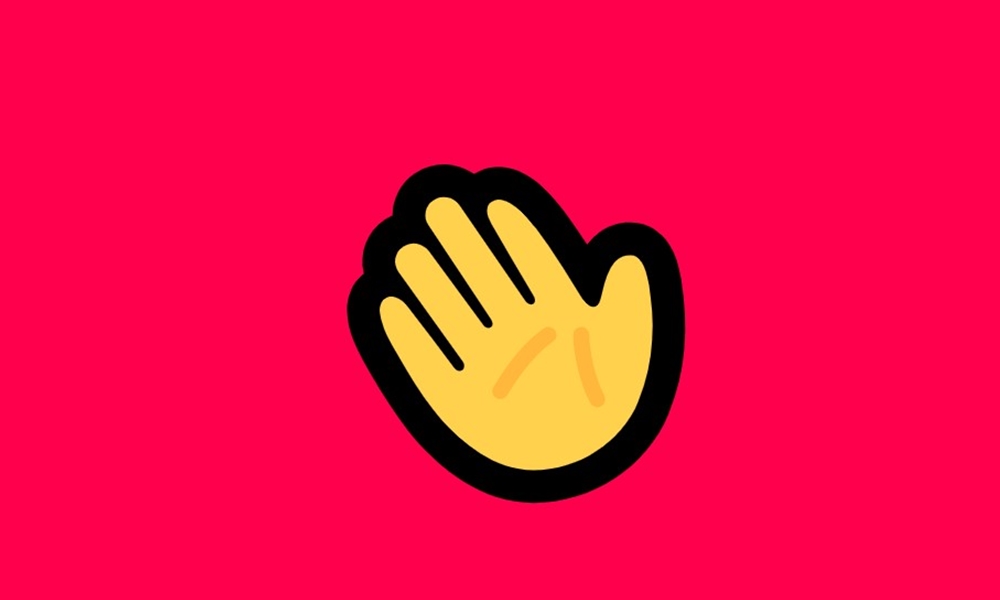 If you are concerned about your online privacy and wish to cut your ties off from the Houseparty app, then there are quite a few things to keep in mind. But let us first address the elephant in the room. As strange as it might sound, up until now there was no option to delete your Houseparty account on Android. This is what confused many Android users as to how could they delete their accounts. But with the recent update, the option to do so has been added. As for the iOS version, the option is to do so is present since the beginning. With that said, let’s check out the steps to delete the Houseparty account on iOS and Android, beginning with the latter.

That’s it. You have successfully deleted your Houseparty account from your iOS device. Let’s check out how the same could be done on Android.

Initially, there was no option of deleting your Houseparty Account on Android. This is what leads to confusion among many users. Earlier, if you go to the Settings option and head over to the Privacy section, there was only be the Privacy Policy option, as could be seen from below screengrab:

Then we saw a silver lining among these dark clouds for Android users. A recent conversation on Play Store (see below screenshot) signals straight from the developer that an update is around the corner. 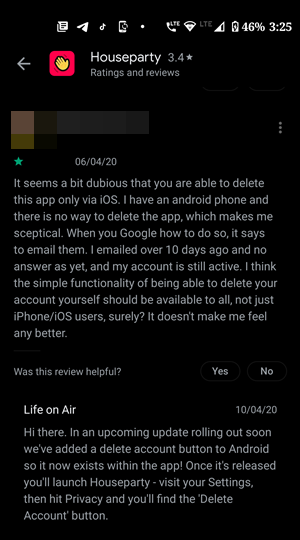 With that, we conclude the guide on how to delete your Houseparty account on Android and iOS. So if you are not able to view the delete account option it is just that you are using an old version of the app. So update it to the latest version from the Play Store and then proceed ahead. Rounding off, don’t forget to check out iPhone Tips and Tricks, PC tips and tricks, and Android Tips and Trick.