Xiaomi Redmi 3S/Prime/3X (codename: land) was launched in June 2016. The device came out of the box with Android 6.0.1 Marshmallow and later upgraded to Android Nougat. But the sad news is, we won’t get official Android Oreo update for Redmi 3S. In this circumstances, you cam really enjoy Custom ROM based on Android 8.0 Oreo. Finally, Dirty Unicorn Oreo ROM is now available for Xiaomi Redmi 3S. If you want to enjoy real baked sweet of Android 8.1 Oreo, then you must try out the Dirty Unicorns Oreo ROM on Xiaomi Redmi 3S. The ROM currently comes with version Dirty Unicorns v12 (DU12).

Currently, this ROM is in an Unofficial version developed by XDA Senior member riteshsaxena on the XDA forum. Full Credits to him, developer and team behind Dirty Unicorns.

Talking about the specifications, Redmi 3S/Prime/3X features a 5.0-inches display with a screen resolution of 720 x 1280 pixels. It is powered by Qualcomm MSM8937 Snapdragon 430 processor coupled with 2GB of RAM. The phone packs 16GB internal memory. The camera on the Redmi 3S/Prime/3X comes with 13MP and 5MP front shooting camera. It is backed by a Non-removable Li-Ion 4100 mAh battery with Fast battery charging. 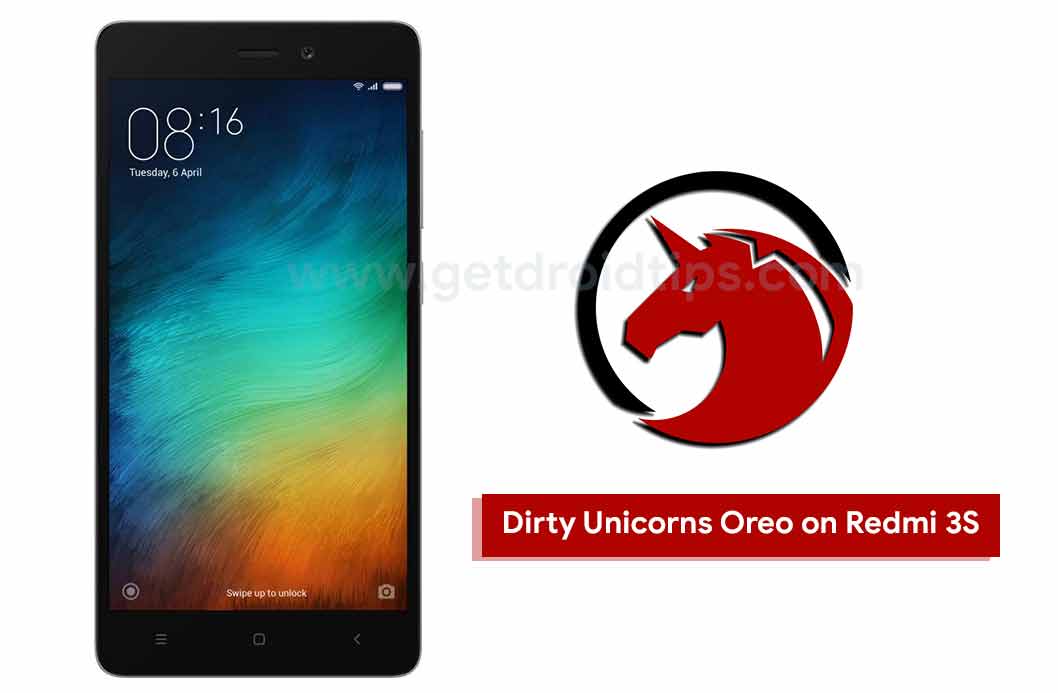 What’s Working and What’s Not:

That’s it! I hope you have installed the Dirty Unicorns Oreo ROM on Xiaomi Redmi 3S. Leave a comment or feedback down below. Thank you!.