Samsung Galaxy S7 (codename: herolte) was launched in February 2016. The device came out of the box with Android 6.0.1 Marshmallow and later upgraded to Android Nougat. Samsung has promised to release Official Oreo update for this device. Whether this device receives official Oreo or not, But you can still enjoy new update in the form of Custom ROM. For more information read the difference between Stock ROM and custom ROM. Finally, Dirty Unicorn Oreo ROM is now available for Samsung Galaxy S7. If you want to enjoy real baked sweet of Android 8.1 Oreo, then you must try out the Dirty Unicorns Oreo ROM on Galaxy S7. The ROM currently comes with version Dirty Unicorns v12 (DU12).

Currently, this ROM is in an Unofficial version developed by XDA Junior member PureEnergyy on the XDA forum. Full Credits to him, developer and team behind Dirty Unicorns.

About the specs, Samsung Galaxy S7 Edge features a 5.1-inches display with a screen resolution of 1440 x 2560 pixels with Corning Gorilla Glass 4 protection. The smartphone is powered by Octa-core Exynos 8890 Octa coupled with 3GB of RAM. The phone packs 32GB/64GB internal memory which can also be expanded up to 256GB via microSD card. The camera on the Samsung Galaxy S7 Edge comes with the 12MP rear camera and 5MP front shooting camera. Samsung Galaxy S7 Edge runs on Android 6.0 Marshmallow out of the box which can be later upgradable to Android 7.0 Nougat and a Non-removable Li-Ion 3000 mAh battery. 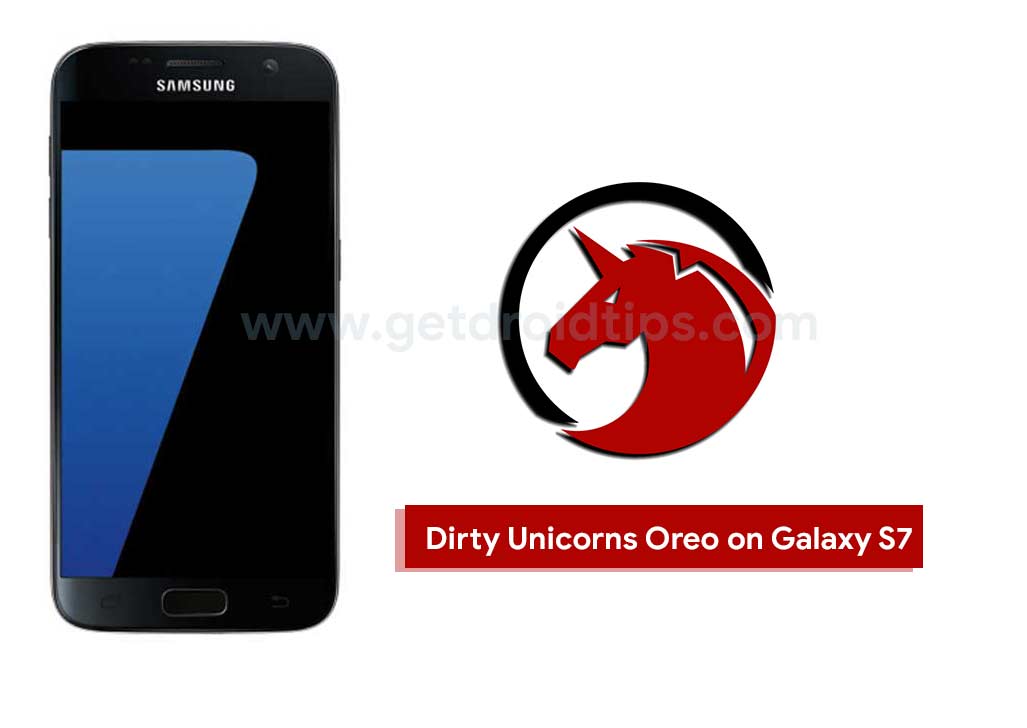 That’s it! I hope you have installed the Dirty Unicorns Oreo ROM on Galaxy S7. Leave a comment or feedback down below. Thank you!.