Well, if you are one of those players who want to get the Skull Face Skin in Doom Eternal, then you are in the right place. So without taking any more time, let’s dig in. 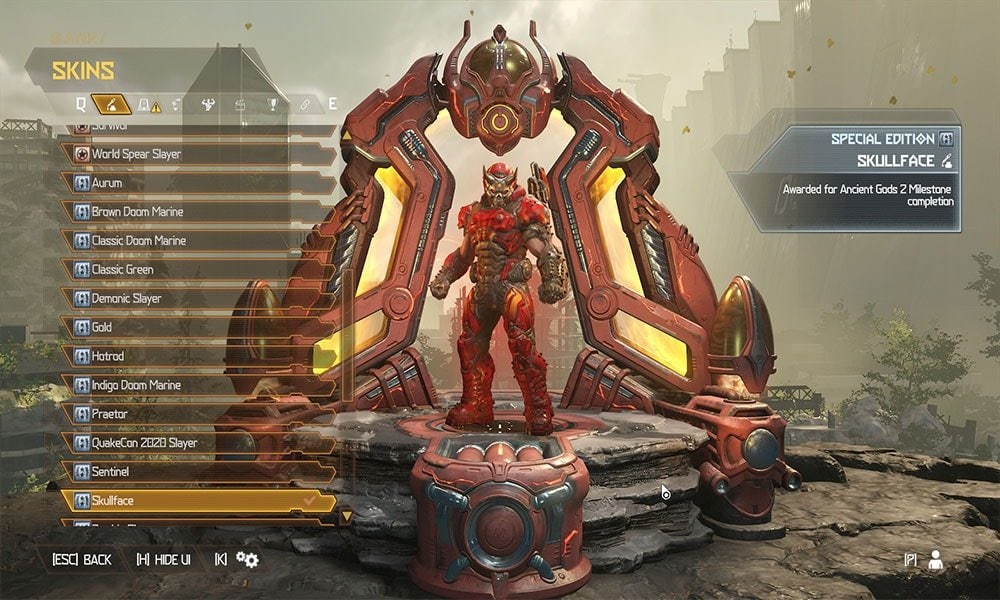 How to Get the Skull Face Skin in Doom Eternal

In Doom Eternal, players must complete The Ancient Gods Part 2 on Ultra Nightmare to unlock the Skull Face skin. Once you’ve completed the game, you’ll be rewarded with this coveted skin, which features the Slayer’s face as a skull.

There is currently no other way to obtain this skin, and there is unlikely to be in the future. Because Ultra Nightmare not only has the hardest enemies but it also only gives the players one life, this will be a difficult challenge for most people. Like a true roguelike, dying resets their progress (without the randomization, obviously).

Thankfully, the DLC is only two or three hours long and consists of three complete levels and a boss level. This brevity makes it more achievable, but it’s still a difficult task. Prepare to put in a lot of practice time, particularly against the difficult final boss.

Since the DLC has only been out for a day, only a few people have gotten the skin. Moltyn, a Reddit user, shared a screenshot of the skin, allowing players a closer look at the costume that is almost visible on most people’s screens.

Well, that’s all we had for you with getting the Skull Face Skin in Doom Eternal. We hope you find this guide helpful. Now subscribe to our YouTube Channel for more information. Moreover, don’t miss out on our Windows Guides, Gaming Guides, Social Media Guides, Android Guides, and iPhone to know more.