Samsung Galaxy S7 (codename: herolte) launched in February 2016. The phone came out of the box with Android 6.0 Nougat and later upgraded to Android 7.0 Nougat. If you are a fan of Custom ROM, then you can try the latest Custom ROM dotOS on Galaxy S7. The ROM is based on the latest AOSP Android 8.1 Oreo and currently unofficial. You can simply follow this guide to install the dotOS on Galaxy S7 (herolte).

Samsung Galaxy S7 features a 5.1-inches display with a screen resolution of 1440 x 2560 pixels with Corning Gorilla Glass 4 protection. The smartphone is powered by Octa-core Exynos 8890 Octa coupled with 3GB of RAM. The phone packs 32GB/64GB internal memory which can also be expanded up to 256GB via microSD card. The camera on the Samsung Galaxy S7 comes with 12MP rear Camera and 5MP front shooting camera. 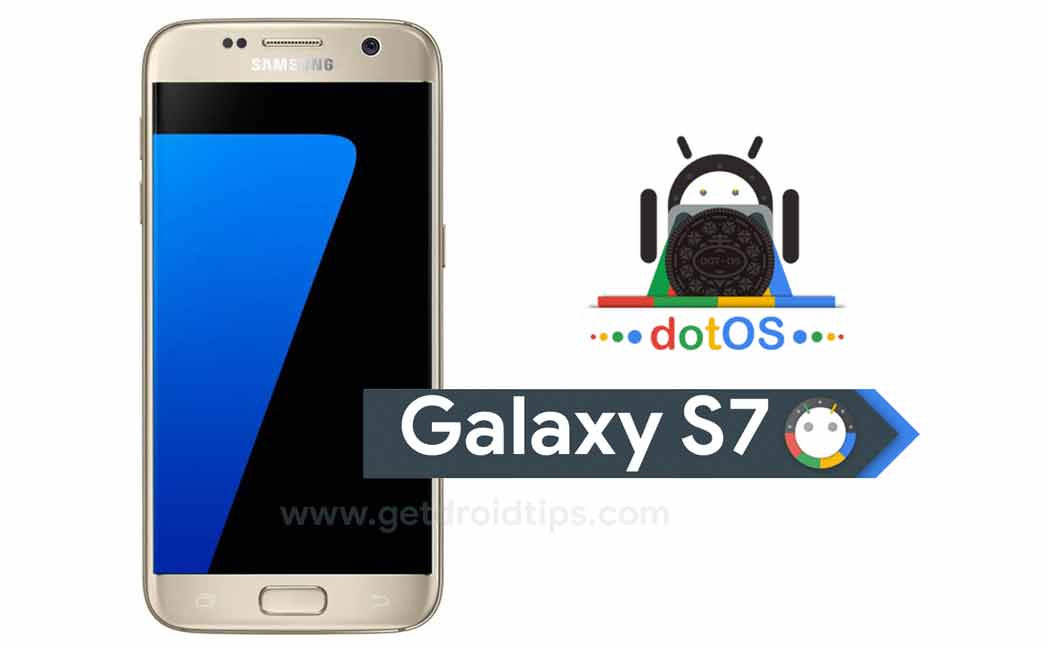 If you would like to try dotOS on Galaxy S7 device, then Unlock Bootloader and Install the latest TWRP Recovery. If you experience any error while installing, then please make sure to download the latest TWRP image to enjoy smooth installation. We have already shared both unlocking and TWRP installation guide for Samsung Galaxy S7. So before we dive into the installation process, let’s know about the dotOS and it’s feature.

dotOS is a simple abbreviation of the term Droid On Time Operating System. The ROM is developed by XDA member PureEnergyy, in XDA forum. The main developer behind the dotOS community and team members are: Ganesh Varma and Kuber Sharma. The ROM brings many new tweaks and features and also merged some features from Best Custom ROM.

If you are installing custom ROM for the first time, then make sure to read our article about the difference between Custom ROM and Stock ROM. If you already have a custom ROM on Samsung Galaxy S7, then we can assure that dotOS is the best Custom ROM. The ROM brings many features along with good battery backup and performance. Like we said, this ROM is based on Android 8.1 Oreo. Here is the quick recap of what’s on Android 8.1 Oreo.

That’s it! I hope you have installed the dotOS on Galaxy S7. Leave a comment or feedback down below. Thank you!.