After launching Android 10 officially, Google has also uploaded the Android 10 Source Code to AOSP. It allows developers to build AOSP Android 10 Custom ROM for the Project Treble supported devices. Thanks to phhusson (XDA Recognized Developer) for making the AOSP Android 10 GSI build. The Meizu 16x (also known as Meizu 16 in India) model was launched back in 2018 with quite good upper-mid-range specifications. It came with Android 8.0 Oreo with Flyme OS out-of-the-package. Now, you can Download and Install AOSP Android 10 Update for Meizu 16x [GSI Treble].

Currently, the device is running on Android 9.0 Pie over Flyme OS 7 and expected to receive the Android 10 update in 2020 most probably. But if you’re an avid Android user and don’t want to wait further, you can manually install the AOSP Custom ROM based on Android 10 on your Meizu 16x by following the guide below. Whereas the Project Treble supports Android 8.0 Oreo or higher version devices. It ensures faster software updates than usual by skipping OEMs.

The GSI is known as Generic System Image which is a system image with adjusted configurations for the Android devices, considered to be a Pure Android implementation with unmodified AOSP code. Therefore, the GSI can be installed and run easily on any Project Treble devices. Whether your device will receive the Android 10 update officially or not, you can taste it out right now. Now, before going to the GSI installation, let’s have a look at the device overview below. 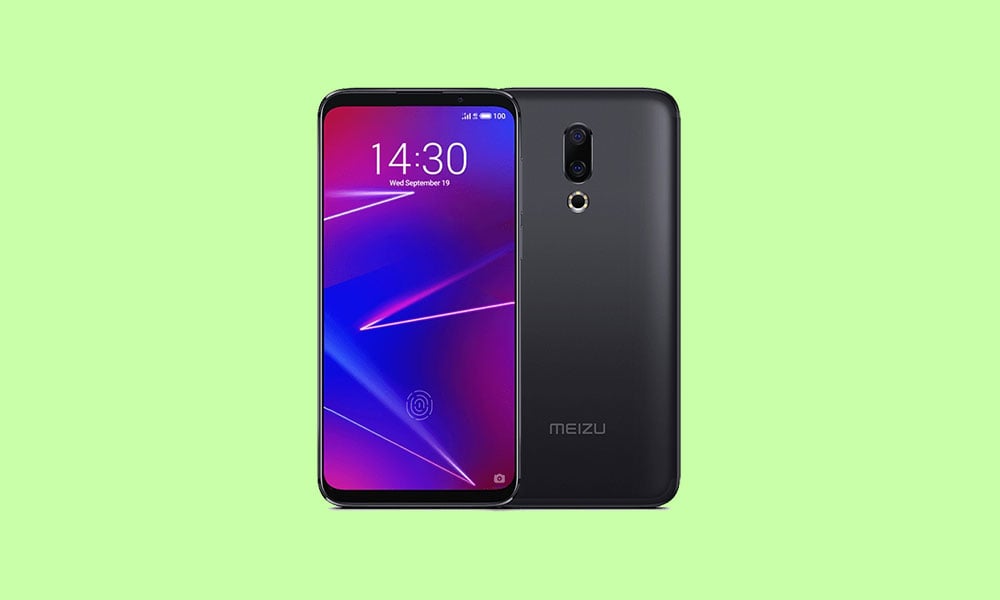 The device has a 6-inches Super AMOLED Full-HD 1080×2160 pixels resolution display. Under the hood, the handset is powered by Qualcomm Snapdragon 710 chipset with Adreno 616 GPU. It packs 6GB of RAM and 64GB of internal storage without any expandable storage option. The device sports a 3,100mAh battery.

The phone has a dual rear camera setup of a 12MP (f/1.8) primary sensor with Dual-Pixel PDAF, Laser AF, 4-axis OIS support. While the secondary camera is a 20MP shooter (f/2.6) that features autofocus. There are other options available like Six-LED dual-tone flash, Auto-HDR, Panorama, and more. On the front side, the device packs a 20MP (wide, f/2.0) selfie camera.

Android 10 is the official name of the latest 10th generation Android OS version that was recently launched in September 2019 by Google. Currently, almost every flagship device is running on this version including some of the mid-range devices as well. Whereas some of the flagship/budget category models will soon gonna receive the latest Android 10 update officially. It’s the successor version of the last year’s Android 9.0 Pie and offers plenty of additional features along with the improved security & stability.

Watch The Video on What’s New on Android 10

As the Custom ROM flashing requires an unlocked bootloader at first, make sure that the device bootloader is unlocked. Now, you can follow all the requirements and downloads below.

GetDroidTips won’t be held liable for any type of damage or error that occurs to your phone by following this guide. This is a Custom Firmware and may have a few bugs or stability issues. It’s not recommended as your daily driver. Do it at your own risk.
Video Guide for AOSP Android 10 Installation

Check out the full-depth guide below.

We hope you’ve found this guide useful and have installed the AOSP Android 10 Custom ROM on your Meizu 16x successfully. For any queries, you can ask in the comment section below.

Are you facing any problem with the latest Android 10 GSI build? Go to the official GitHub page and report it.