The South-Korean tech giant company Samsung has started rolling out the update of Android Pie for Galaxy M20 (SM-M205F) model in India. The OTA update is in incremental mode and may take some days more to roll out automatically. The latest update comes with the build number of M205FDDU1BSF1 for India specific region and the CSC version of M205FODM1BSF1.

The update brings May 2019 Android security patch based on Android 9.0 Pie version. Though there is no changelog available yet for the update, it brings the system improvements and some of the bug fixes as well. In case you don’t receive the OTA update yet, you can manually check for the OTA updates from your device. Otherwise, if you want to install the Indian-region update on your Galaxy M20 handset right now, we have provided a full guide on it.

In order to flash the Samsung Pie based Stock Firmware on the Galaxy device, you will require some of the drivers and tools as well along with the firmware file. Check out the full guide mentioned below. 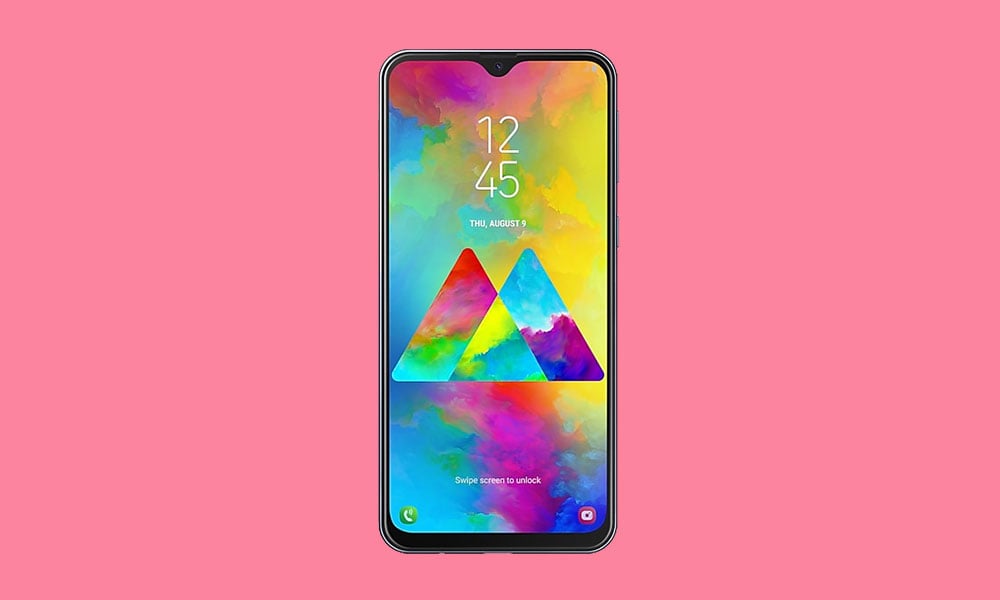 Android 9.0 Pie based One UI

In order to check for the OTA updates manually from your device, head over to the device Settings > Software updates > tap on Download updates manually. If you will see that there is an update available for your device, go for it. Otherwise, follow the below steps to install the firmware manually via Odin Flash Tool.

Now, let us take a look at the prerequisites for installing the build number M205FDDU1BSF1 on Galaxy M20. Should we?

We’re at GetDroidTips will not be responsible for any kind of damage to your phone during or after installing this ROM. Do it at your own risk.

Once you have downloaded the files and drivers and followed the above-mentioned requirements, follow the guide to install the Android 9.0 Pie on your Samsung Galaxy M20.

Steps to Install Android Pie for Galaxy M20 in India

Follow the steps carefully in order to install Android 9.0 Pie on your Samsung Galaxy M20 device.

You can also follow the video guide as well to flash the Samsung firmware via Odin tool.

We hope that you have successfully installed the Android Pie based Stock ROM on your Samsung Galaxy device. Feel free to write down in the comments below.