In a couple of months, Samsung has started rolling out security patch updates and bug fixes to its devices very seriously. Currently, Samsung is pushing out the latest firmware update to Galaxy Tab A 10.5 LTE variant in Europe. The device was launched back in 2018 with Android 8.1 Oreo out-of-the-box. Android 9.0 Pie update has been released for this device a couple of months ago and now the October 2019 security patch is rolling out. You can Download T595XXU4BSJ4: October 2019 patch for Galaxy Tab A 10.5 LTE [Europe].

The latest October 2019 Android Security Patch brings a major vulnerability fix that could enable a remote attack in the media framework by using a crafted file on an Android smartphone. Additionally, the update also offers some improvements to the camera. It’s based on Android 9 Pie and comes with a build number T595XXU4BSJ4 for the Galaxy Tab A 10.5 LTE (SM-T595) variant. 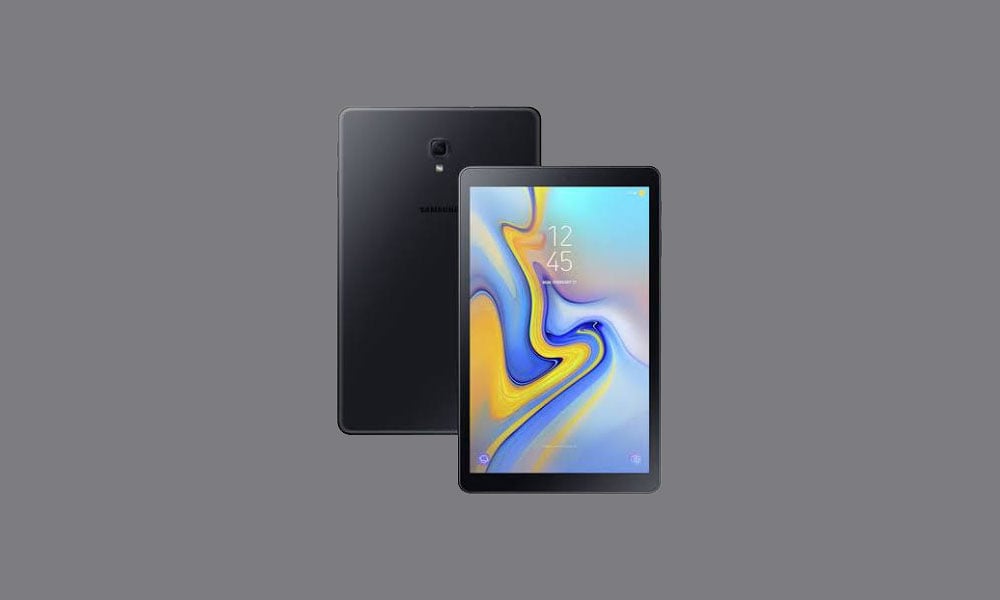 The update is making its way via OTA and will soon arrive in other regions as well. However, you can manually install the firmware update via the ODIN flash tool on your phone if you can’t wait for long.

Some times, firmware OTA (over-the-air) updates not appear automatically. Therefore, you should check for the OTA update manually on an interval basis. In order to do that, head over to device Settings > tap on About Phone > System update > Check for updates.

If you see that the latest software build T595XXU4BSJ4 is available for your Galaxy Tab A 10.5 LTE variant, simply download and install it. Make sure to connect your device to a Wi-Fi network to save the carrier data charges and keep your device charged at least up to 60%.

If in case, the OTA update isn’t arriving on your device and you don’t want to wait anymore, you can download the October 2019 security patch update firmware from below and flash manually on your phone.

Now, let’s take a quick look at the firmware details below and then you should follow the pre-requirements & downloads properly before going to the firmware installation steps.

We’re at GetDroidTips will not be responsible for any hardware or software issues that may occur on your device by installing the firmware provided in this guide. Follow the guide at your own risk.

Here is the tutorial to install the stock ROM on your Galaxy Tab A 10.5 LTE variant.

So, that’s it. Download the firmware and flash it now to step up your Galaxy Tab A 10.5 LTE variant to the October 2019 patch. We hope that this guide was useful to you.