The 12-player, class-based free-to-play third-person shooting game from Amazon Game Studio, Crucible was released two days ago on the 20th of May. It has already been receiving positive reviews for its breath-taking graphics and creative style of gameplay that encourages every player to freely try their hand in the proceedings and contribute to helping their team triumph. There are ten different playable characters featured in the game, and players need to understand their strengths and weaknesses effectively, in order to make the best use of them. Among the ten characters, there is one named Drakahl, and our today’s guide will deal with his abilities and upgrades.

One of the aforementioned playable characters strikes terror in the hearts with the very mention of his name – Drakahl. This hulking beast of a warrior has his roots in a barbaric race at the Orion Arm known as the Krake. With ample brute strength and unrestrained aggression at his disposal, Drakahl is widely feared among even the bravest warriors of the galaxy for his bloodlust. Exiled by his own people, he is still frequently sent out by his warlords to wreak havoc on a grand scale. Wielding a deadly Vibron Axe that he swings around to cause severe damage to his opponents, Drakahl is mainly a melee-based character.  Now let’s start our guide that will help you put his abilities to their best use in Crucible. 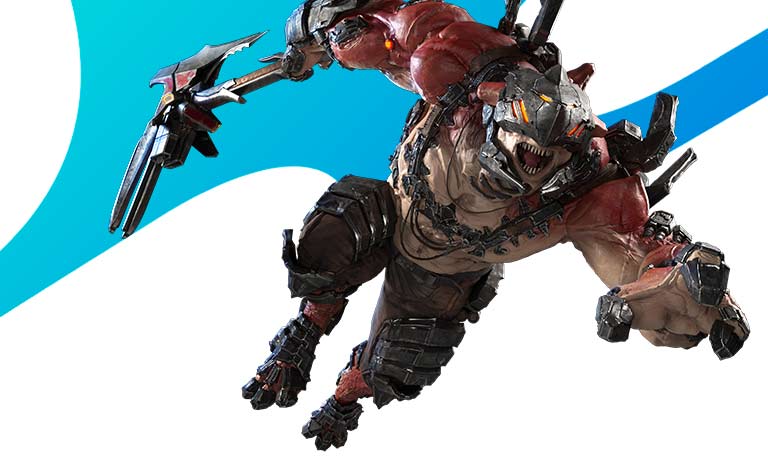 When playing as Drakahl in Crucible, you will possess ten different abilities that will uniquely complement each other. Using them in the right combination, you can help Drakahl brave it out even through seriously dangerous situations.

We have listed all of these abilities below for you to read and understand conveniently.

Drakahl has ten different essence upgrades for his health and his abilities in Crucible. All of them have been listed below.

You have three choices available at this level:

This level gives you the option of choosing only one upgrade:

Reaching this level will allow you to choose between three upgrades:

This is another level that offers only one upgrade to you:

This level will allow you to choose between two upgrades:

Drakahl is basically a melee-based character, as we mentioned before. Therefore, it is imperative for you to get him within the optimal range of enemies. This will allow him to cause maximal damage. His two key movement abilities – Jink and Rush – will come in handy to close the distance between you and your targets. And once you do so, use his Vibron Axe to hack your opponents. Be sure to make good use of the Enraged and Resonating Axe abilities as well. It’s also important to keep an eye out for enemies wielding long-range weapons. You must protect Drakahl from their agile sight until he is close enough to throw himself upon them.

Now go out there and have a great time playing your way through the exciting world of Crucible, in the role of one of the deadliest warriors the galaxy ever witnessed!

This guide was to help the players of Crucible in exploring the character Drakahl with his abilities and upgrades. After reading our guide players will be more confident and sure while playing with him. We hope this guide helped you. If you have any queries or feedback, feel free to comment down below with your Name and E-mail ID. Likewise, check out our iPhone Tips and Tricks, PC tips and tricks, Games and Android Tips and Tricks for more such tips and tricks. We urge you to participate in our third week $150 giveaway by subscribing to our YouTube Channel. Thank You and have a wonderful experience playing through this all-new exciting game.