Yes, this new year Facebook brings in a new petition feature called the ‘Community Action’ feature that will allow the users to add requests for not just their local, but national elected and government agencies as well. 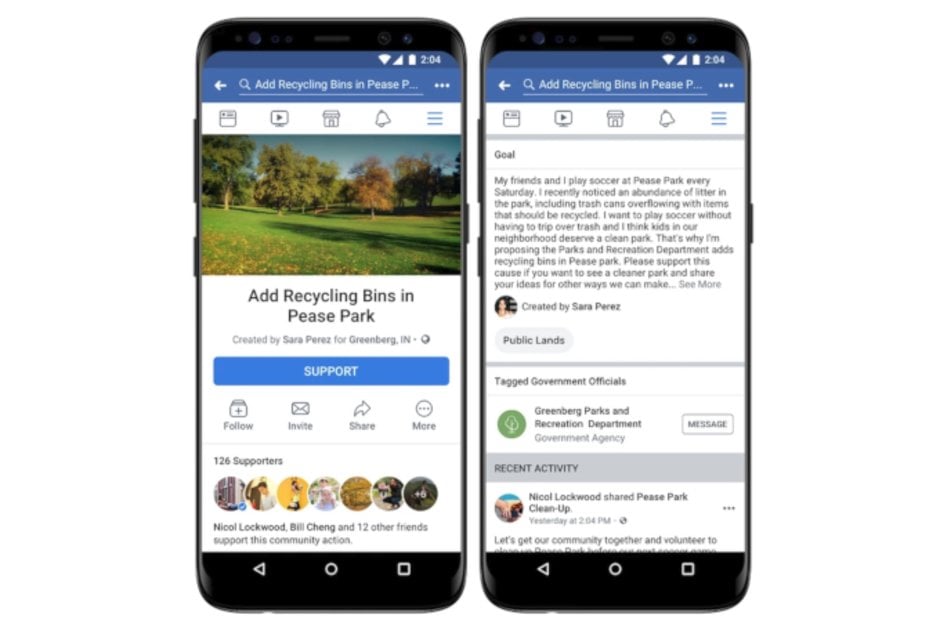 According to a report released late Sunday, the ‘Community Action’ petition feature will be available in the Facebook News Feed and all users will be able to access it in the United States this Tuesday, while others will receive in some time.

The user just has to add a title, the description and a related image to the ‘Community Action’ and tag the relevant government agencies or official, you want the notice to reach to.

The supporters who follow will be able to discuss on the topic and if required you can create fundraisers or make events to support the cause as well.

Unfortunately, like any feature, behind a good cause, bad actions are bound to follow. Here also, fear is in the misuse of the ‘Community Action’ feature as it could attract bully pulpits as well who could put pressure on politicians with their fringed agendas.

For such issues do not arise, Facebook will add the use of flagging, human enforcement and proactive algorithm detection to ensure the feature does not get misused. As for privacy issues, anyone shall be able to know how many supporters a Community Action has, but not your name. Your name will be visible to only your friends on Facebook or on public pages and of public figures.

Yes, some limits will be preset like you cannot use tags for President Donald Trump or Vice President Mike Pence.

Anyhow, just a little more testing, tomorrow the feature will be available for the United States users, but by when other countries will get this update, is yet to be confirmed.