Facebook Message Unsend Feature is soon coming to the smartphones running on Android. This is definitely a good news for those users who may send a message unintentionally and then repent. Often it happens that we end up in a situation, where we have sent a message to someone and can’t undo it. However, Facebook Message Unsend Feature brings a respite from that. Apparently, Facebook is still developing the unsend feature. A Twitterati shares some first-hand images of the feature in action. 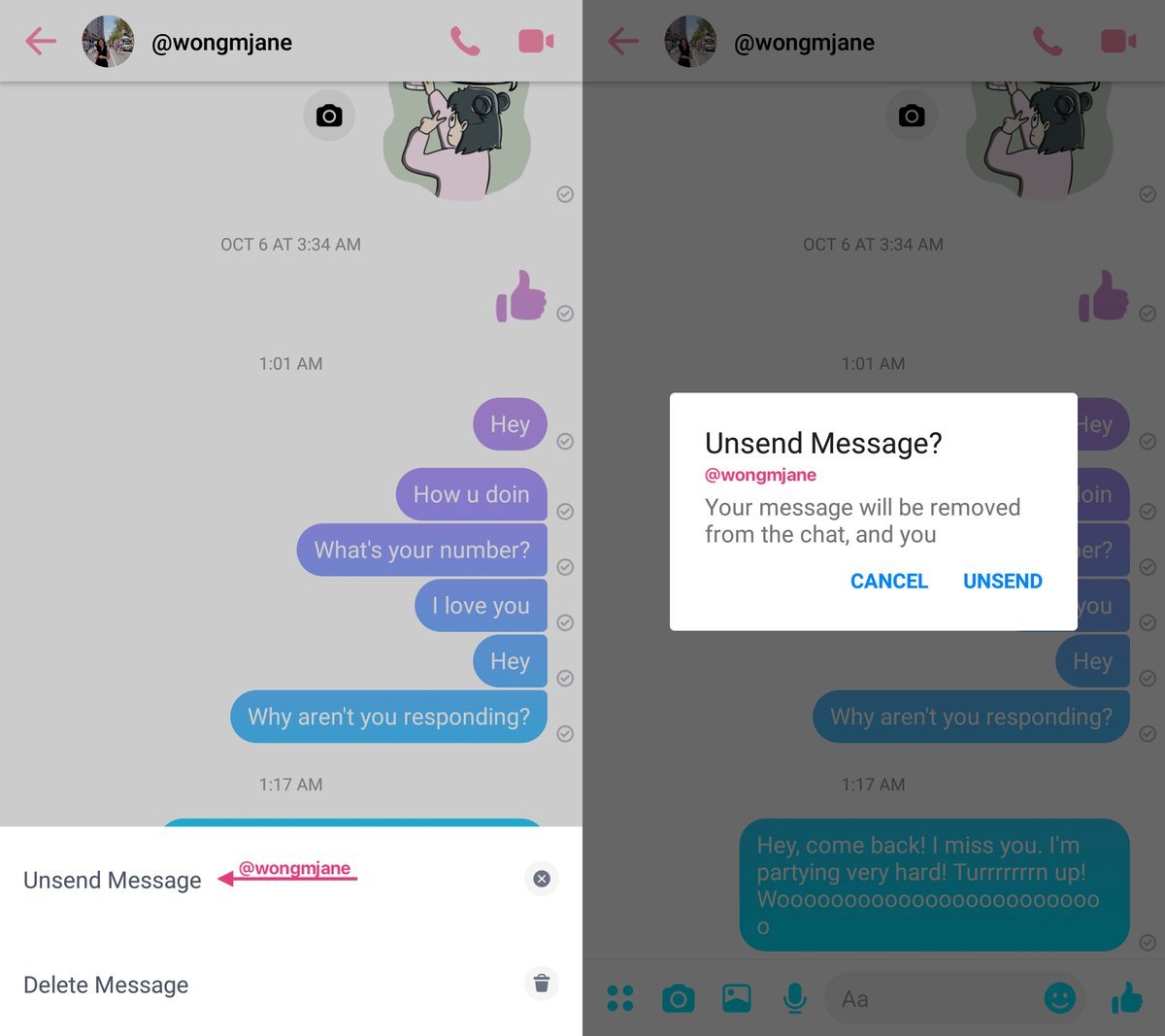 It’s working is pretty simple. Long press on a message. You will get the options to delete it or unsend it. If you Delete a message, it will remove it from your side of the conversation. On the other hand, unsending will remove the message from the receiver’s end. This feature is nothing new in the messaging/chatting Apps. WhatsApp already incorporates the sent message deleting option.

However, this feature has the same twist as WhatsApp. The Facebook message unsend feature will work if you use it within a fixed time after sending. If you’re too late to realize you’ve messaged something to someone which you shouldn’t have, then you are on your own.

This feature is apparently for the smartphones running on both Android and iOS. There is no fixed date by which it will start rolling out globally. We hope to see the unsend feature on our devices soon.