In my childhood, I played games like Teenage Mutant Ninja Turtles, Double Dragon, and yes, Streets of Rage. Those were some brilliant times. However, my excitement doubled when I heard Streets of Rage is coming back with a nostalgic feel and revamped gameplay. The revamped version is Streets of Rage 4, and it has tons of retro options out of the gate. I got my hands on it and I can tell you it is a must-play game. There are retro characters available in the game, which you unlock as you move forward. The best part is that Streets of Rage 4 also has some retro levels. Although it is difficult to locate them, don’t worry I am here to help you with it.

But before I reveal the levels to you, let me clear that you can’t just start the game and locate them. To access the Streets of Rage 4 retro levels, you will need two things. First is the old-school Bare Knuckle arcade cabinets, which are found in specific levels and the other is the taser weapon, which will always be near Bare Knuckle arcade cabinets. There are a total of four retro levels in Streets of Rage 4, keep reading to know how to locate them. 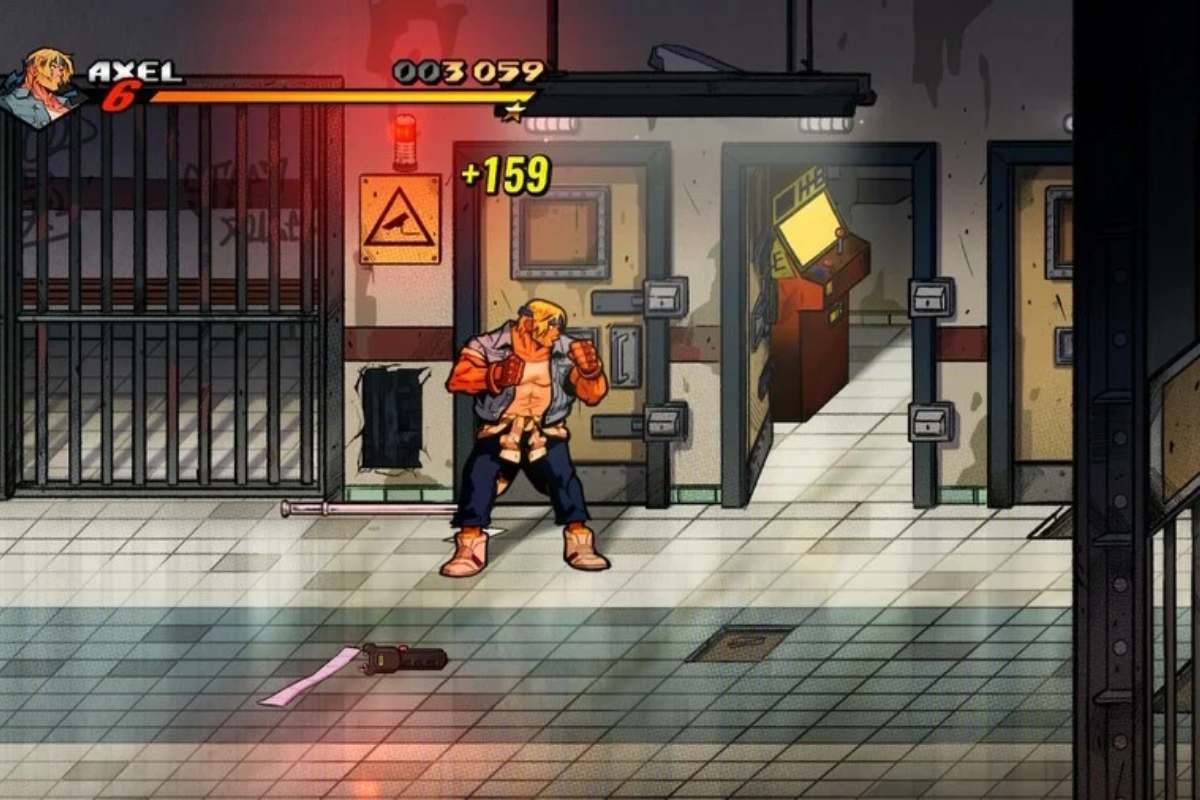 You will come across the first retro level at Stage 2 in the area where you fight a police officer called Barney. He will be the strongest among the lot of officers and will attack you using a taser. You will need to defeat him and also make a notice of where the taser drops. Before you move ahead, ensure to finish other enemies. After doing so, move ahead until you see an open door that will lead you to an arcade cabinet. Just zap the cabinet using the taser, and you will enter the first retro level. Here, you will face the Streets of Rage 2’s boss, the knife wielding Jack. Defeat him and destroy the objects nearby for extra pickup. 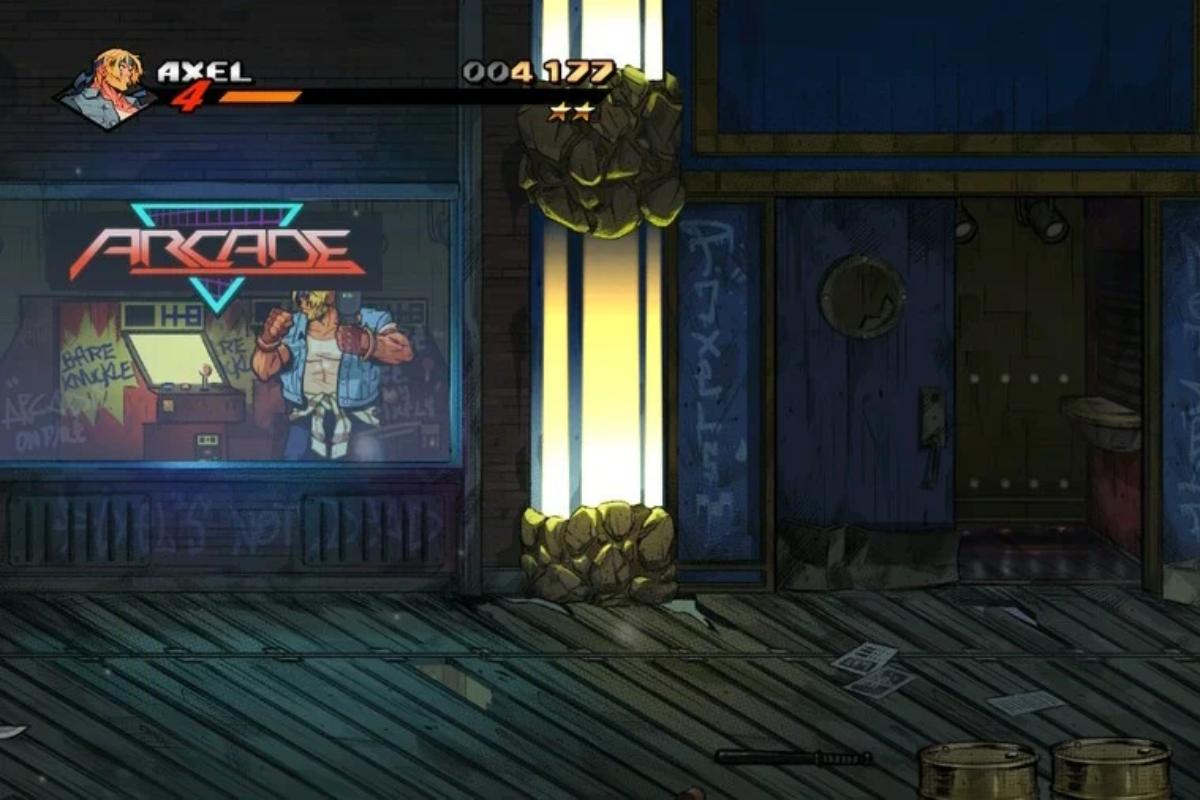 You can find the second retro level in Stage 4, Old Pier of Streets of Rage 4. It is found in the middle section where you will come across an arcade with a Bare Knuckle cabinet. Do not use the taser from the last level. You will encounter enemies; defeat them and collect the taser. After that, zap the Bare Knuckle cabinet to access the second retro level. This time you will be against Streets of Rage 2’s boss of Stage 3, Zamza. This will be a tough encounter but worth it. Defeat him to get access to a crate with precious star move reward. 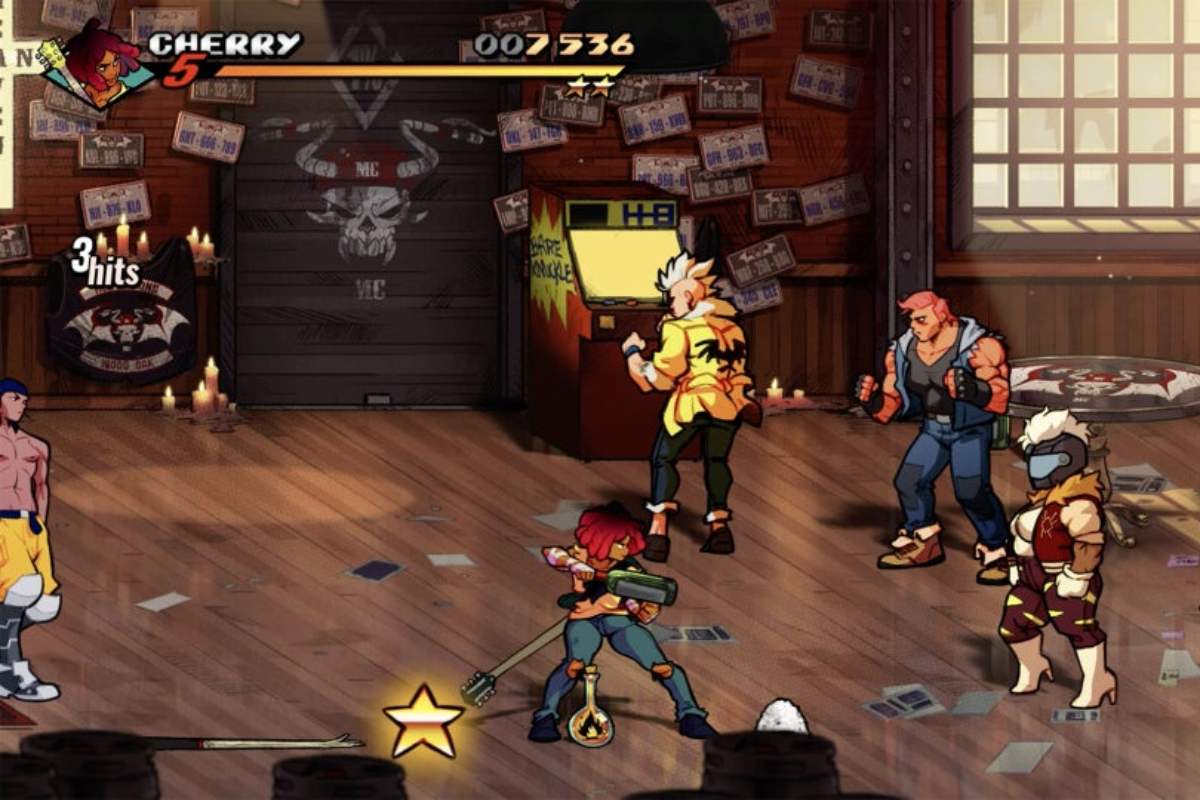 The location of the third retro level is in Stage 5, Underground of Streets of Rage 4. This is a challenging one to locate despite the arcade cabinet being in plain sight. It is in the second section of the level in the biker bar. However, the tricky part is street brawlers and bikers inside. Some of them will have knives who will try to destroy the arcade cabinet. So you need to grab a knife yourself and ensure no enemy reaches the arcade cabinet. The location of the taser is under a table on the right side of the cabinet. You will notice it when a biker named Caramel headbutts it. Finally, zap the cabinet to access the third level where you will face the boss of Stage 4 from Streets of Rage 2, Abadede. Keep hitting him, and save yourself from his charging attack. 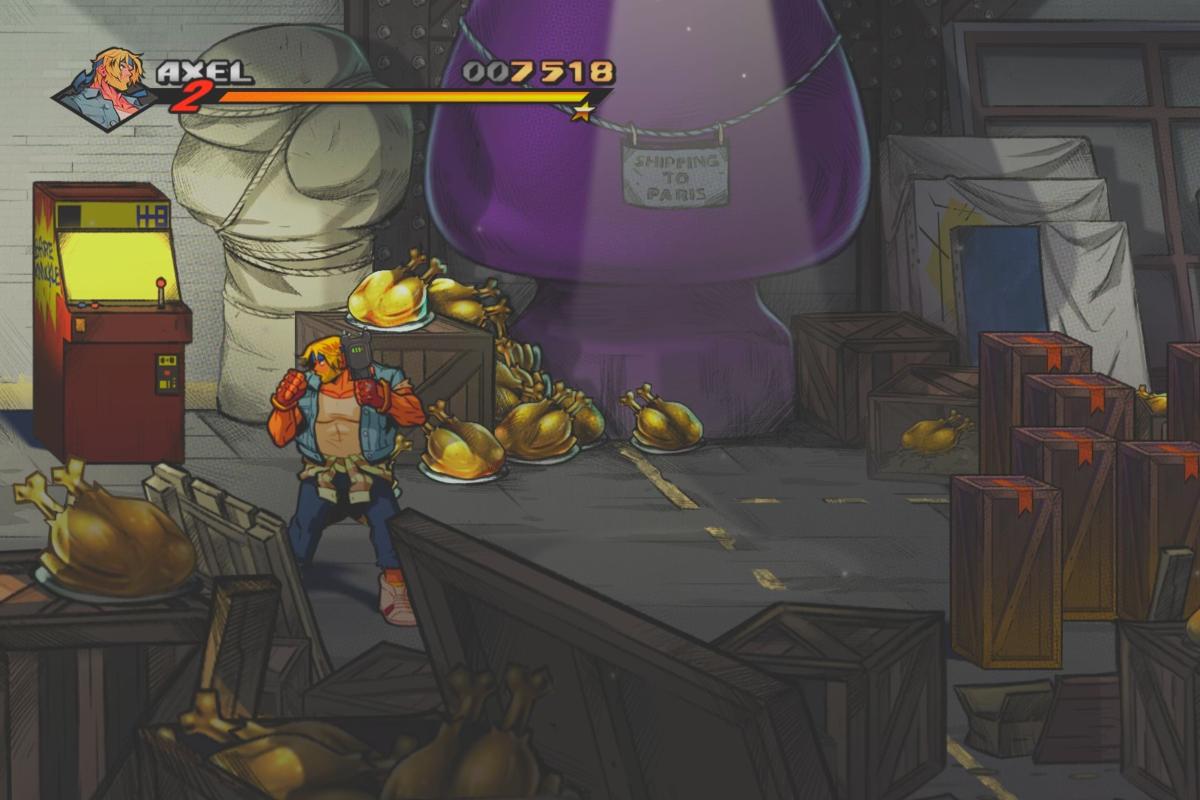 The last retro level in Streets of Rage 4. The arcade cabinet is again in plain sight. It is in the room with golden chickens just before you face the twin bosses, Beyo and Riha. The arcade cabinet is easier to find, but that’s not the case with a taser. No enemy will be wielding a taser. This time you will have to find it with your eyes. The taser is hidden behind the crates in front of the cabinet. Zap the cabinet and you will enter the ultimate level, where you will face the boss of Streets of Rage 2, Mr. X.

However, before the fight with him, defeat his goons and right hand, Shiva. After this, you will face Mr. X. This is going to be the toughest encounter in retro levels. Give your best fight and collect yet another star power-up.

Well, that’s all about the Streets of Rage 4 retro levels. I hope you can defeat every enemy in your way. The game is definitely the best nostalgia you can experience in the current time. If you want any other information or guide regarding the game, let me know in the comment section. Till then, keep gaming!