Here in this article, we will check out First Look: OxygenOS 10 based on Android Q [Screenshot]. The Chinese Tech brand OnePlus is continuously trying to deliver an improved version of OxygenOS to its users along with the OnePlus devices. Recently, OnePlus has arranged a contest to elect an honorary Product Manager from the community. The company has also mentioned that the company will feature unique ideas into the development of the next version of OxygenOS. Currently, the OxygenOS 9.0 is running on Android 9.0 Pie. So, the next version will be OxygenOS 10 based on Android Q (Android 10).

As we all know that Google has announced Android Q Developer Preview a few months ago. The official stable version of the Android Q will launch soon by the end of this year. Therefore, OnePlus also getting ready to implement the features and visual changes to the system and UI. There Léandro Tijink won the contest and had proposed some elemental changes. Such as the initial setup process, ambient display, other system applications including the launcher, Gallery, Calendar, Messages, Notes, etc.

After winning the contest, Tijink was recently invited to OnePlus headquarters in Shenzhen, China to give some ideas to the developers for the upcoming version. He gave some ideas to enhance the current OxygenOS user interface by using rounder and more minimal elements. It will help the users more focused and easier to use and view the interface. 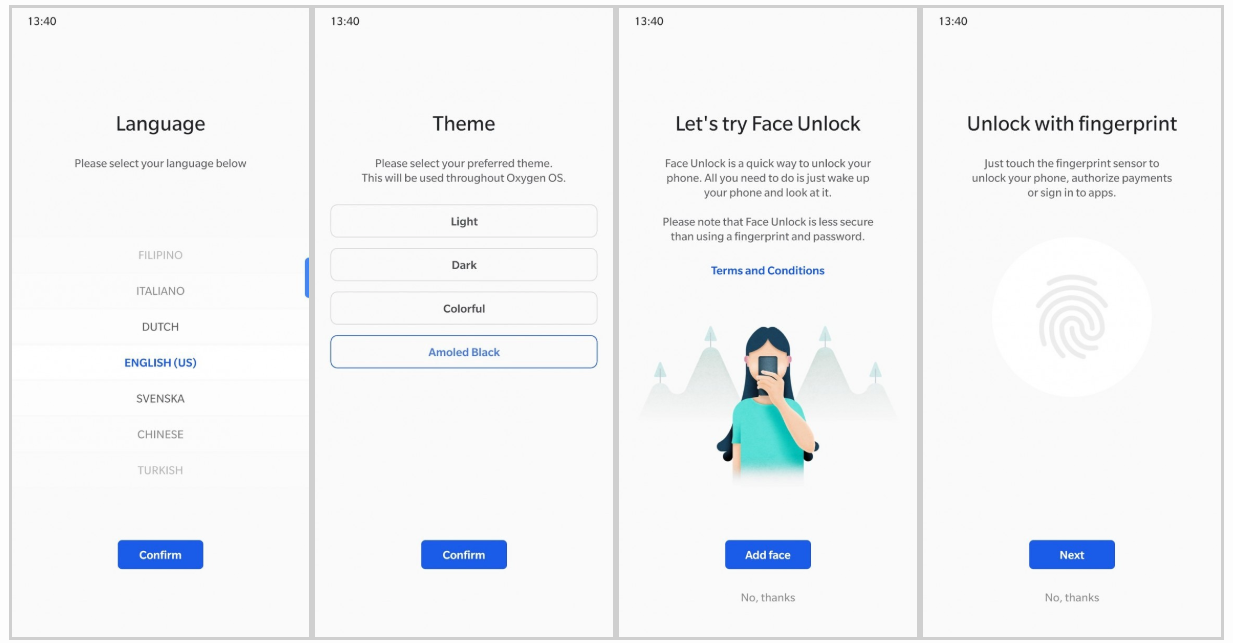 Tijink has mentioned bringing the more minimal looking UI for the OxygenOS initial setup page to the developers. Currently, the OxygenOS 9 based on Android 9 Pie welcome screen is quite similar to the Stock Android UI. Additionally, the Setup process may come with a designed option to choose a Theme selection for a system-wide theme. 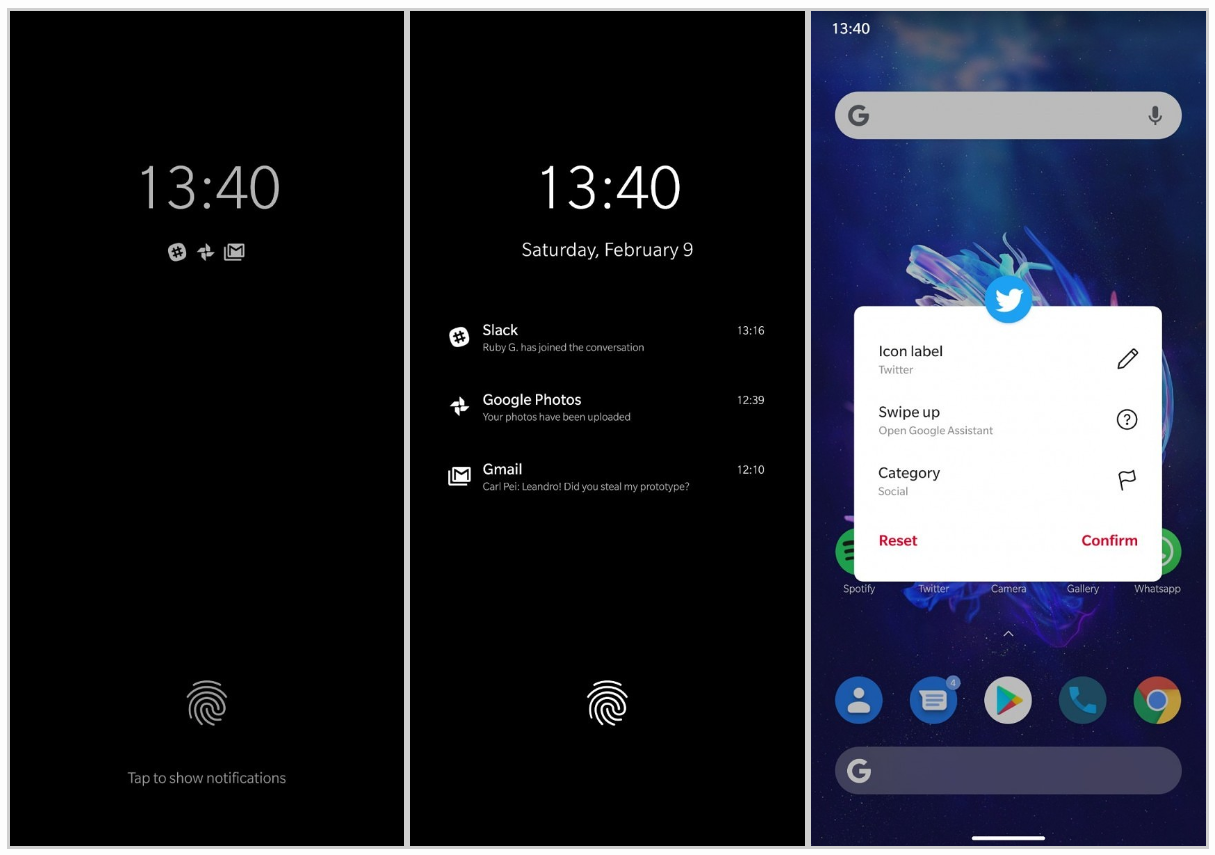 Apart from the Setup process suggestion, Tijink also proposed to change the Ambient display along with the launcher home screen. You may see some customization option in the number of rows of a folder. While the whole UI will be seen in rounder cards for better visibility. 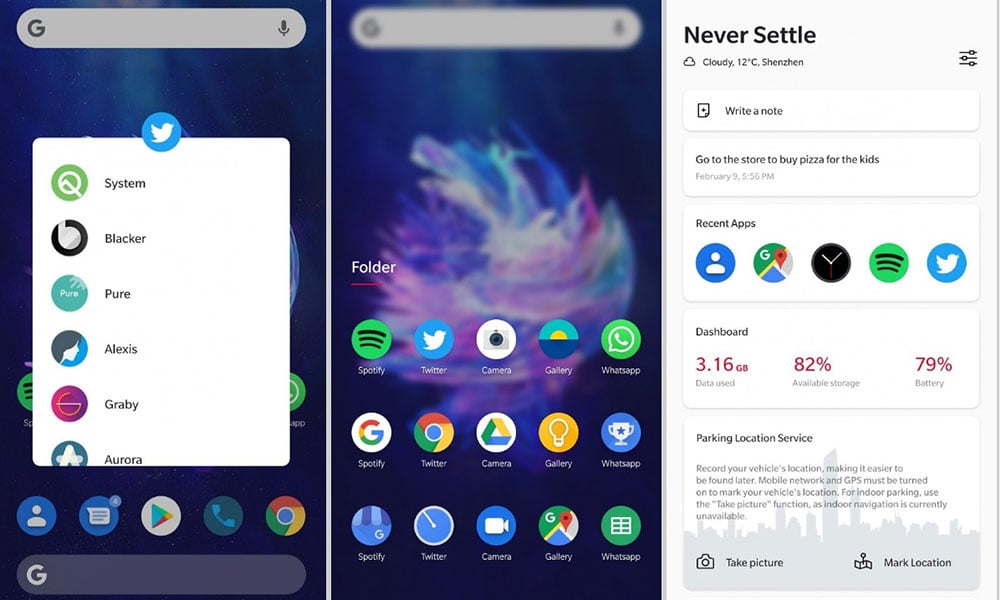 According to the Tijink, the OxygenOS 10 should come with a new stacked layout for apps in the Recents menu. It should also bring more Android Q resembling notification shade with a separation between the quick settings toggle and the notifications. While the volume control center will also be the same as Recent UI. The OnePlus FileDash feature should also come with an improved interface like Apple’s AirDrop. 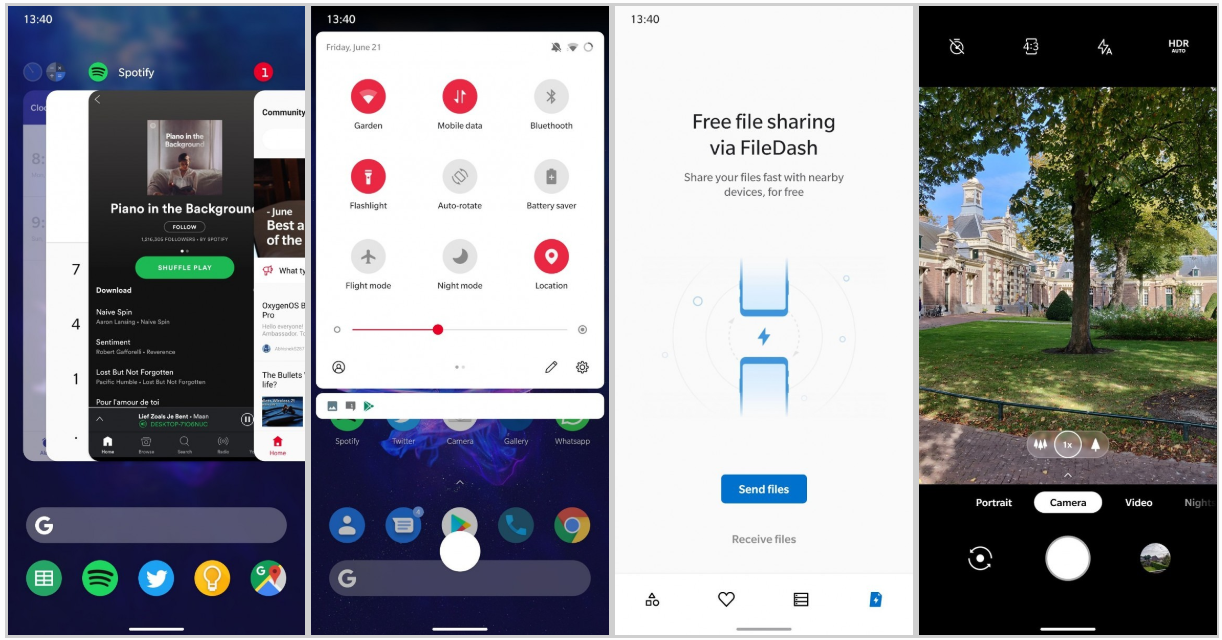 Meanwhile, some of the Camera UI improvements, cleaner Settings along with more Android Q options are proposed.

OxygenOS 10 will come soon after the official stable release of the Android Q by Google within a few months. It’s expected that OnePlus may announce the new OS version with the launch of OnePlus 7T device maybe. It’s worth mentioning that OnePlus will brings almost each and every native Android 10 features to its eligible devices as well. Whereas the Game Space feature, access to the notifications will also improve with every update.