A couple of players have started reporting that the Call of Duty: Modern Warfare and Warzone titles were down and players are unable to get over it. There were some server issues with the game for sure and affected players are encountering stuck checking for the update server in COD Modern Warfare / Warzone. So, if you’re also getting the same issue then you’re not alone.

Although this isn’t the first time when players are facing issues with the game server or stuck at the game loading screen, it’s quite unexpected to receive errors while checking for updates. It basically freezes the screen and nothing happens at all.

Even resetting the console, relaunching the game, signing back into the profile, etc doesn’t work. Luckily, here we’ve provided a couple of possible workarounds that can fix it. 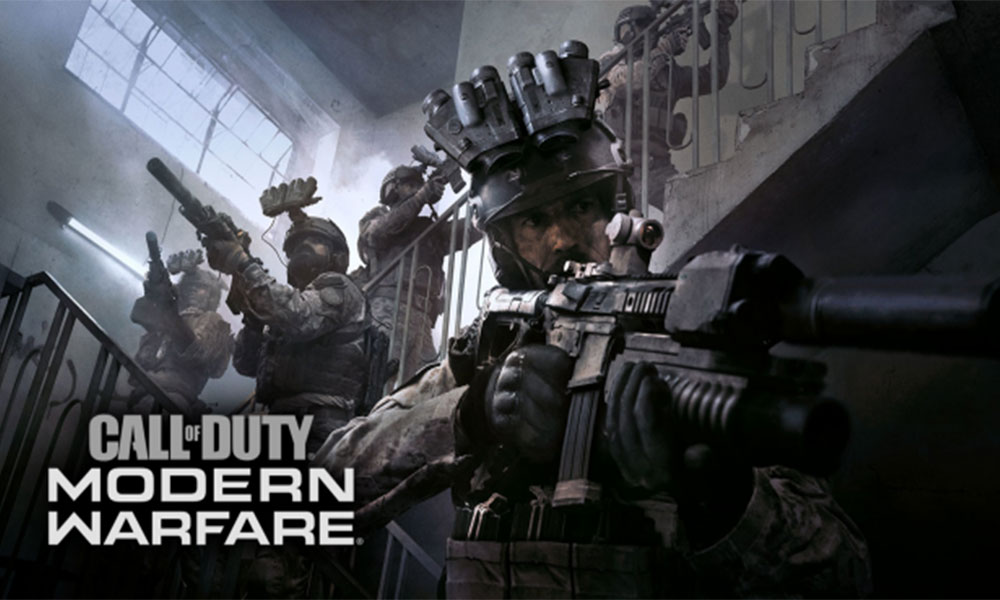 Although there is no official solution mentioned by the Activision support team yet, we’ve shared a couple of possible workarounds below that should help you out. To be very precise, the actual server-related issues can’t be fixed from your side until developers resolve them technically.

So, if in case, the server downtime or outage is appearing to you at your specific region for the Call of Duty: Modern Warfare or Warzone game then we’ll only ask you to keep waiting for a few hours and check back the game again. Meanwhile, you can also report it to the Activision support team for a faster resolution.

It’s highly recommended to check the Call of Duty: Modern Warfare server status from the Activision Online Services webpage. If all the service platforms are active and working properly, you’ll see All Platforms: ONLINE status with the green color.

However, if the status doesn’t show ONLINE for all platforms that means there is some issue with the online services or game server. So, just wait for a couple of hours and check again.

Checking your internet connection isn’t a bad idea whenever you receive multiple issues with online gaming or streaming content. No matter which connection type you’re using such as wired (ethernet) or wireless, you should always cross-check the internet connection speed & stability by switching to the wired or vice-versa.

If in case, you’re using a VPN service to get access from a specific region or to get a faster speed, we’ll recommend you disabling the VPN service temporarily and check for the issue again.

Alternatively, if you’re not using the VPN service then try using it once to cross-check the Stuck Checking for Update Server in COD Modern Warfare / Warzone issue.

Make sure to check your antivirus program irrespective of which one you’re using. The chances are high that maybe your antivirus or firewall program is somehow blocking or preventing the game files to run properly on your computer.

If possible, try either disabling the antivirus program temporarily and check for the issue again or just whitelist the game file completely to allow the permission. The overall steps will be the same for the default Windows Defender Firewall or any other third-party antivirus program.

So, if you’re using the default Windows Defender program then follow the steps below:

Well, performing a power cycle to your networking device such as a Wi-Fi router may come in handy in some cases. Due to the bad cache data or temporary glitch with your networking system or device, some users may experience internet connectivity or server connectivity-related issues whatsoever. To do so:

Repairing the installed game files completely using the game launcher is a good idea for those who mostly receive errors or glitches with the online gameplay. Whether you’re getting startup crashes or server connectivity issues with your Call of Duty: Modern Warfare or Warzone game, make sure to scan & repair the game files periodically.

Some of the affected COD: MW players have also mentioned that an outdated or missing networking driver on their Windows system was troubling them a lot. So, if you’re not sure enough whether your networking driver is updated or not, try following the steps below:

If in case, you’re using the private DNS (Domain Name System) with your internet connection and somehow encountering multiple issues with the game servers or online streaming, then make sure to use the open Google DNS Address on your computer. To do that:

If none of the methods worked for you, try clearing the Blizzard launcher cache data from your computer to refresh it.

That’s it, guys. We assume this guide was helpful to you. If you’ve any queries, let us know in the comment below.