AT&T has started rolling a new firmware update for AT&T Galaxy S6 Active . The new update comes with build version NRD90M.G890AUCU6DQD1 which is based on Android 7.0 Nougat on AT&T Galaxy S6 Active. The update has started rolled out for few users in US which comes with build number G890AUCU6DQD1 based on Android 7.0 Nougat. The new Stock Android Nougat weighs about 1.4GB which comes with all Android Nougat features and also comes with Samsung cloud storage and Samsung Pass. 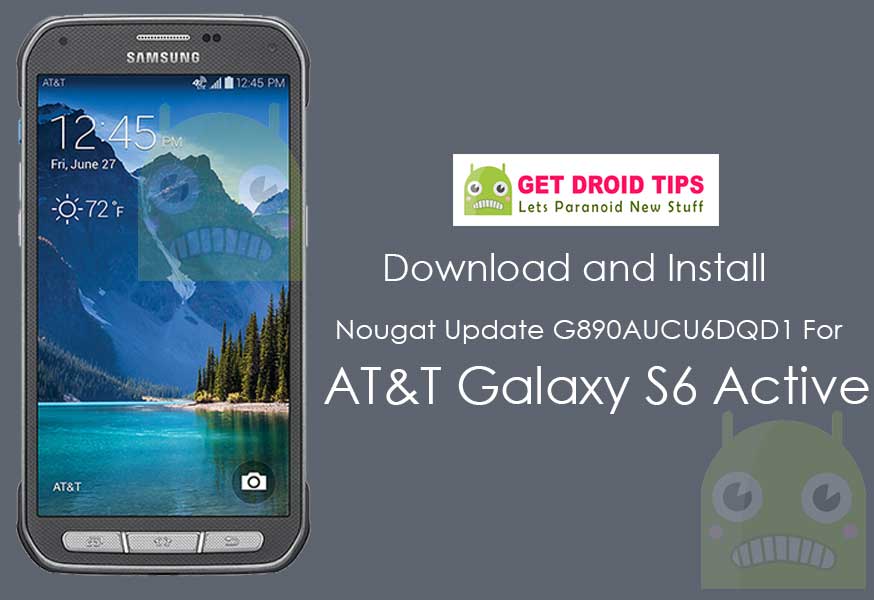 You can use any of the three methods to install April Security Patch update on AT&T Galaxy S6 Active Edge. Here we will help you with manual installation, upgrade via Samsung Kies, Update with ODIN software.

You can upgrade your phone to all latest firmware via Samsung Kies. Now install official Samsung Kies on your computer and start upgrading to latest April Security Patch update G890AUCU6DQD1 on AT&T Galaxy S6 Active Edge.