The South-Korean OEM Samsung has started the new year journey by providing the software update for many devices. Well, Today Samsung has released January 2020 patch for US carrier-based Galaxy S10 with a software version G973USQS2CSL1. The update is based on Android 10. As we speak, the update is live for Sprint and Boost Mobile users, and it will likely get the update to other carriers like Verizon, T-Mobile, and AT&T. So, all the Galaxy S10 users with the SM-G973U variant can download and install the firmware manually.

The software update is rolling out in a gradual process and soon will hit all the units completely. While the January 2020 Security Patch offers system security improvements and system stability as well. However, if you’re not getting the OTA update on your device for a while, you can manually install the firmware on your Galaxy S10. 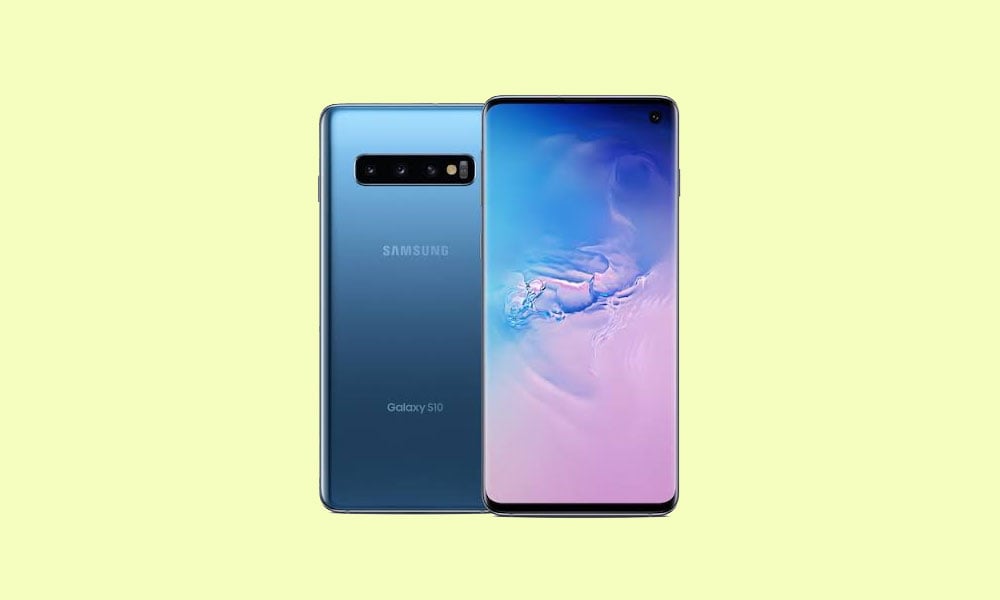 Samsung Galaxy S10 was announced in January 2019 which sports a 6.1-inch Dynamic AMOLED display with a screen resolution of 3040 x 1440 pixels with 551 PPI pixel density. The device is protected by Corning Gorilla Glass 6.

Samsung Galaxy S10 is powered by an Exynos 9820 (8 nm) – EMEA/LATAM or Qualcomm Snapdragon 855 (7 nm) – USA/China chipset coupled with 8GB of RAM and 128/512GB of internal storage. It also supports a 1TB external memory card. The device came out of the box with Android 9.0 Pie under One UI and backed by a 3400 mAh battery (Non-removable).

As far as the camera concerned, the device has a Triple-camera setup with 12MP + 12MP + 16MP primary sensors and a selfie camera with a 10MP lens. Other connectivity option includes 4G-VoLTE, GPS, Glonass, Bluetooth, Mobile Hotspot, accelerometer, ambient light sensor, gyroscope, proximity sensor, and compass/ magnetometer. etc. The Samsung Galaxy S10 comes with a fingerprint sensor under the display.

Though the OTA update is rolling out in an incremental manner, you should receive the update notification very soon. Head over to the device Settings > System > System Updates to check the latest updates.

To flash the firmware manually on your device, then you need to download the ODIN flash tool, firmware file, and drivers.

We’re at GetDroidTips won’t be held responsible for any kind of issues that happens to your device after following this guide. Install non-official firmware on your device at your own risk.

So, make sure to download the January 2020 Security patch for your Galaxy S10 device with build number G973USQS2CSL1. We hope that this guide was helpful to you.