There is another character that is prominently seen next to Zhongli on his dedicated Banner in Genshin Impact. Yes, we are talking about Xinyan – a newly introduced character that has quickly become a fan favorite.

However, a lot of players have been eager to know how to utilize her potential for producing damage to its fullest. We will now present our views regarding the best Xinyan build in Genshin Impact to answer this question. Let’s get started. 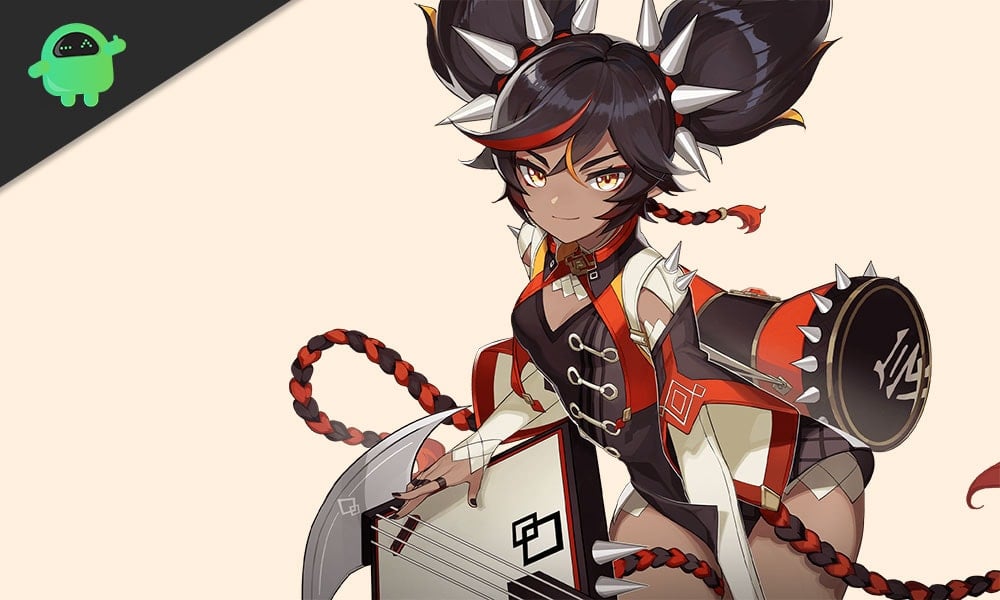 Xinyan’s build in Genshin Impact is ideally suited to a tank, similar to Noelle. That is because her shield scales off her defense stat. However, most players actually seem to be using her as a DPS character. In fact, many are using her to sub out with Razor as well. If you have the wolf boy as your main DPS character, you will quite possibly find Xinyan very helpful in your team. She works very much like him, except that she has Pyro Vision in place of Electro.

Unfortunately, Xinyan’s powers don’t actually manifest until she reaches Constellation 2. By virtue of that, her ultimate’s Crit rate will be doubled and turned into a shield. You should consider this deeply while ascertaining the weapon best suited for her. Thus, those of you are seeking to utilize her potential to its fullest need to consider rolling for Xinyan until Constellation 2 on Zhongli’s Banner, as long as it is available.

Considering the Artifacts Xinyan is presently running, and there are a lot of weapons that can suit her well. For example, let’s consider the Sacrificial Greatsword, which goes great with the Crimson Witch of Flames set. This maximizes her Pyro DMG output and decreases her overlong cooldown durations. However, as mentioned before, most players prefer the DPS way when it comes to Xinyan. For that purpose, you will need to use either The Unforged or Wolf’s Gravestone.

By virtue of Wolf’s Gravestone, Xinyan’s kit will become very much like Diluc’s kit as a DPS main. That is the reason for her holding a respectable spot on the roster until we get the dark, brooding five-star hero. However, we also need to consider the freshly introduced claymore in the game, The Unforged. This powerful item doubles the Attack Stat if you have a shield functioning. Xinyan obtains a shield from her Elemental Skill and Elemental Burst at Constellation 2. Thus, The Unforged is very well suited for her. If you are a F2P player, you will have many more options for claymores regarding Xinyan. However, your best replacement would be to craft the Prototype Animus until you acquire these five-star weapons.

Strictly speaking, Xinyan’s artifacts can vary a lot depending on the weapon she has equipped. If you are aiming for the DPS route and have equipped weapons dealing primarily with the Crit or Attack stats, you should go for the Gladiator’s Finale or Bloodstained Chivalry artifact sets.

As a standalone set, Gladiator’s Finale is solid four-star material. But when combined with Bloodstained Chivalry, you will get the benefit of both their two-piece set bonuses. That will help you maximize Xinyan’s Attack and Physical DMG stats.

That is it for now. We hope our guide helps you utilize the admirable strengths of Xinyan in Genshin Impact to their full potential. For more gaming and other updates, subscribe to our YouTube Channel. Also, check out our Gaming Guides, Windows Guides, Social Media Guides, iPhone, and Android Guides to know more.