If you want singing crickets only for a trophy, then you need to collect only 5 of them. The 5 singing crickets will unlock the flute song “Lament of the storm” for the “Dirge of the Fallen Forge” trophy. 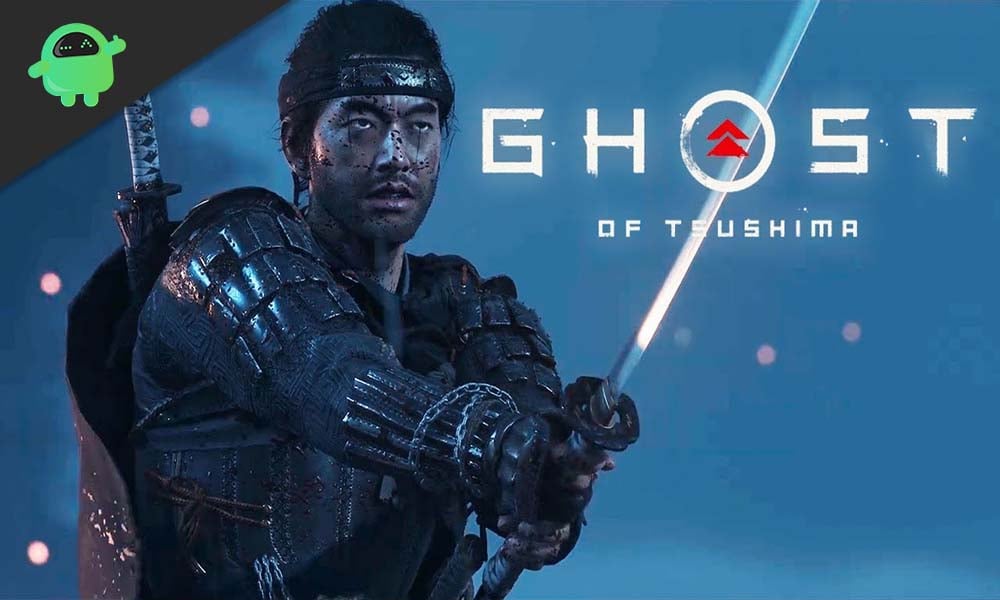 How to find Singing Crickets

Wearing the Traveler’s Attire can help in revealing the crickets on the map. You need to find one of the singing crickets to find others easily. After collecting the first singing cricket, you can select the undiscovered wind from the map.

This will lead you to the other singing crickets. If you are wearing the Traveler’s Attire, your controller will vibrate when you get near to singing crickets. Mostly there are enemies around these crickets. The chips of the crickets can be heard from a few meters.

Location of the Singing Crickets

The 20 singing crickets are scattered around the game world. Most of them are hidden in cemeteries. Ten of them are in Izuhara, seven in Toyotama, and three in Kamiagata.

Here are the exact locations of the singing crickets. 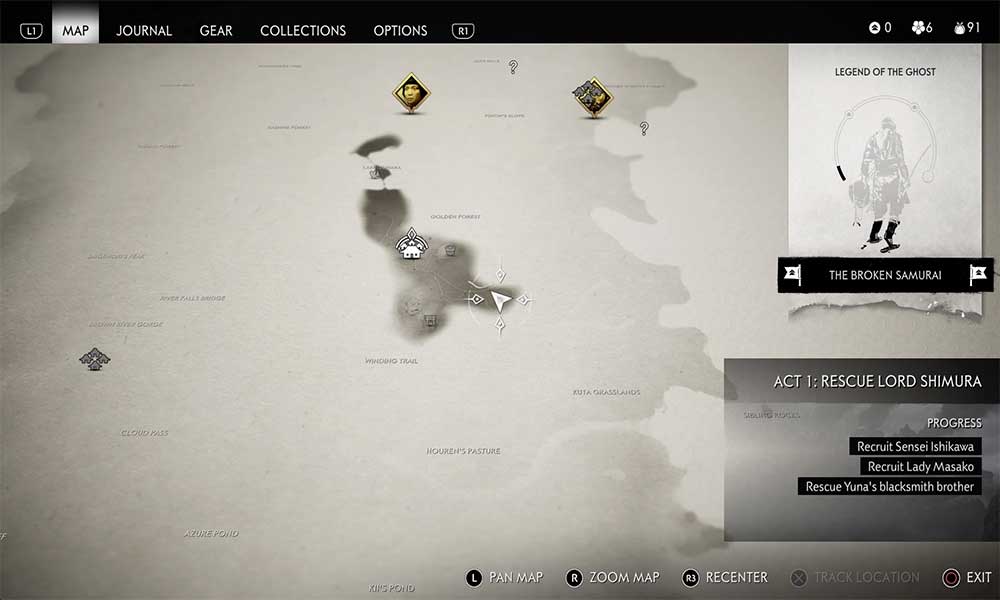 To the northeast of Golden Summit Shrines, look for an enemy group inside a small area filled with stone lanterns. Clear the enemies and collect the crickets. 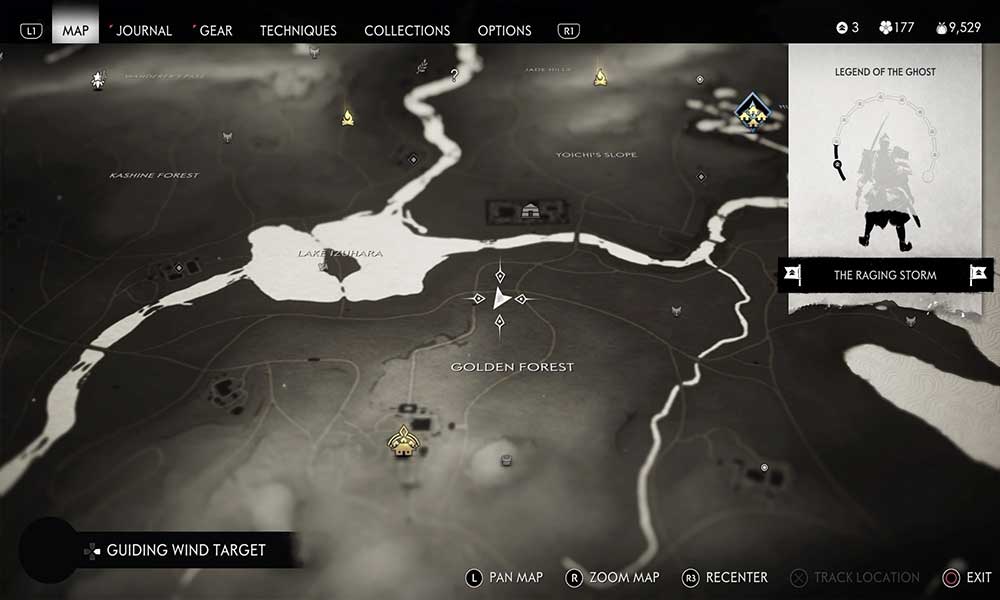 At the north of Golden Forest (between the ‘d’ and ‘e’ on the map ), look for an enemy encampment. Finish them and collect crickets from the cage below a massive tree. 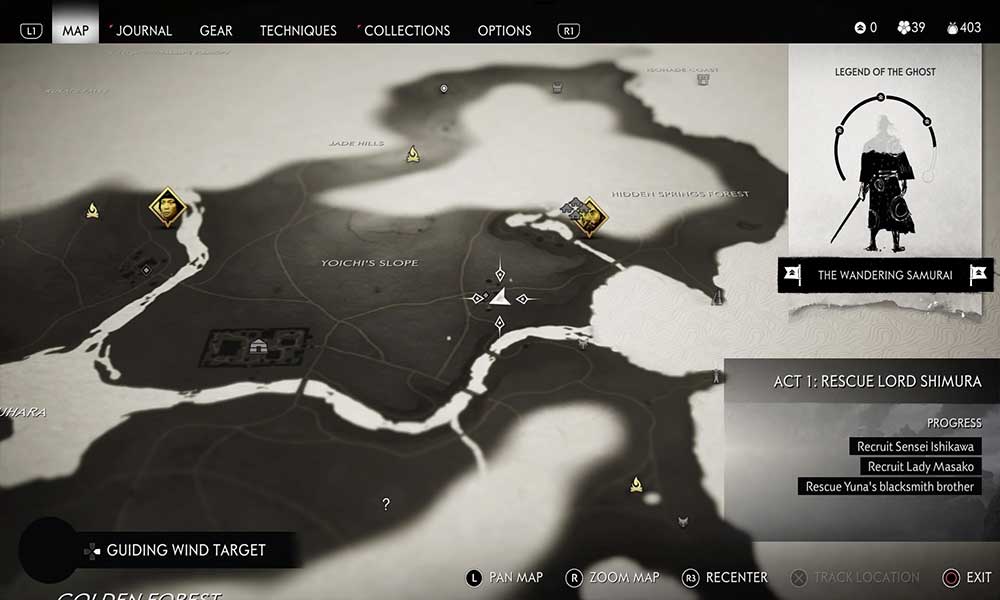 Search for an enemy camp southeast to the Yoichi’s slope. Move towards the right until you find stones and lantern decorations. Collect the crickets from the cage. 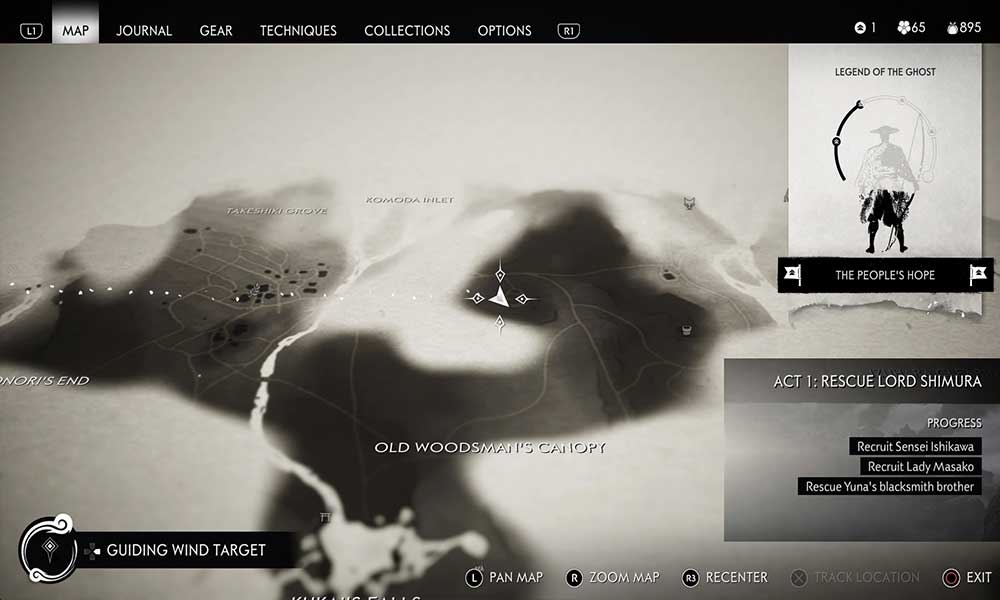 You will find the cage with singing crickets in an unmarked graveyard, lying north to the old woman’s Canopy. 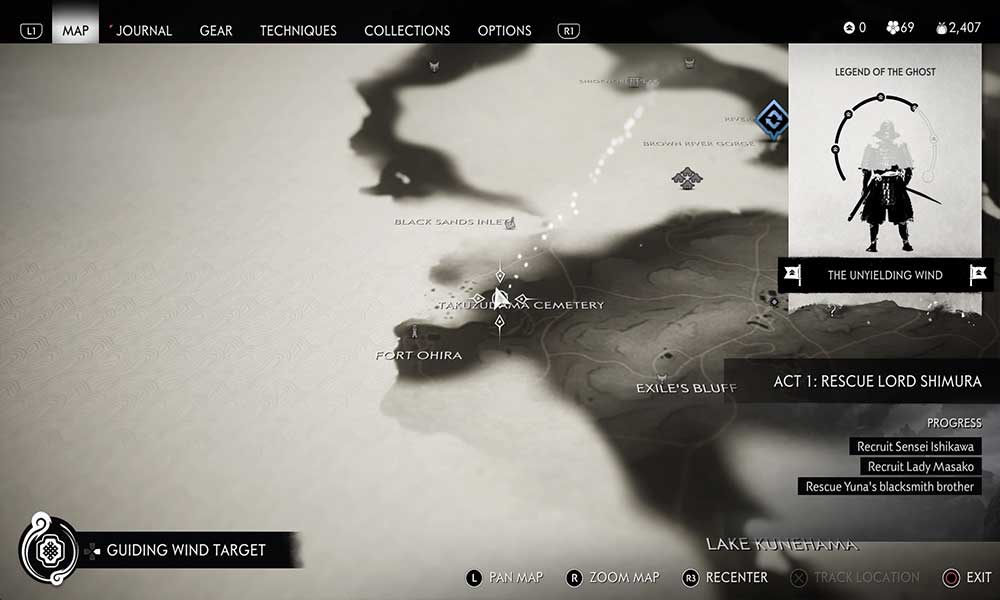 The singing crickets will be in an open field surrounded by candles. 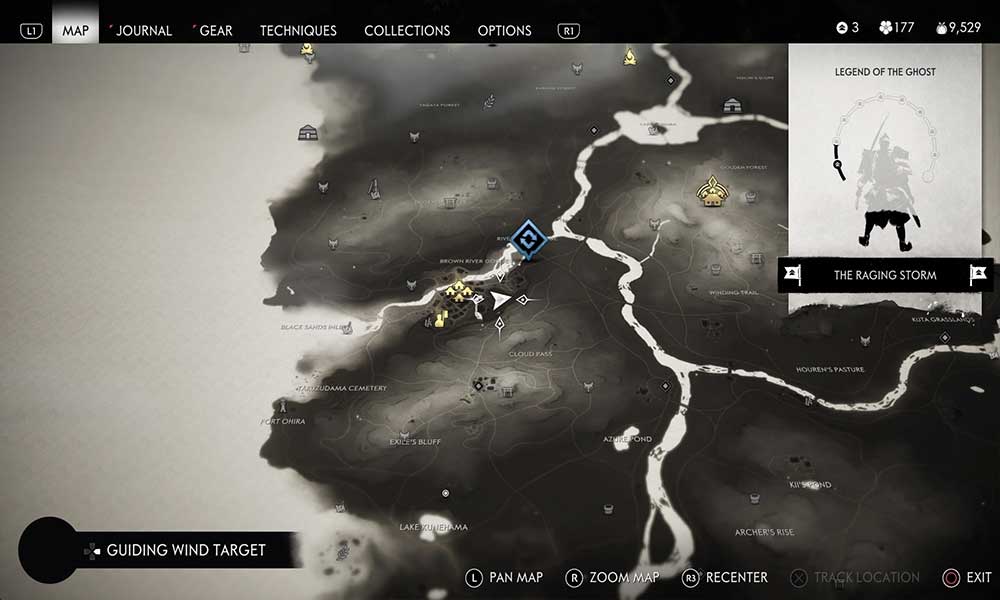 Search for a cage on the east side of town near the Komatsu Forge. 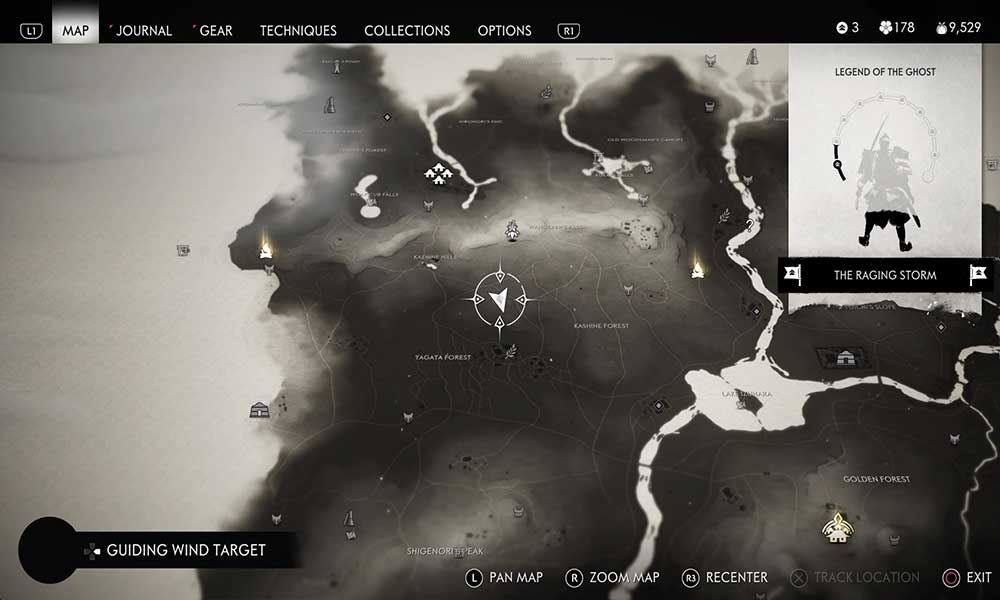 The singing crickets will be found in an unmarked graveyard northeast from Yagata Forest. 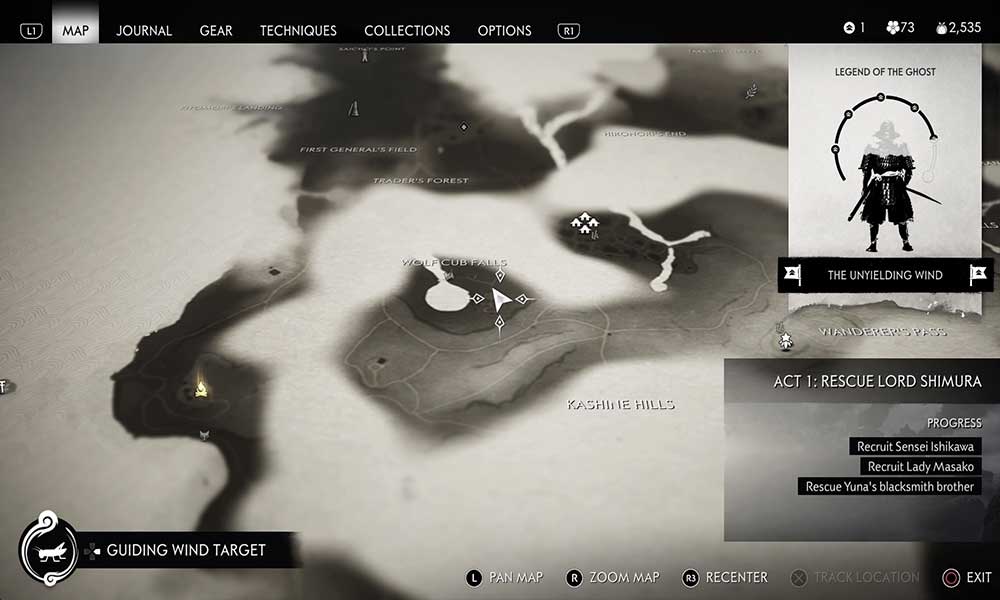 These crickets are also in an unmarked graveyard. Search for it southeast from Wolf Cub Falls. 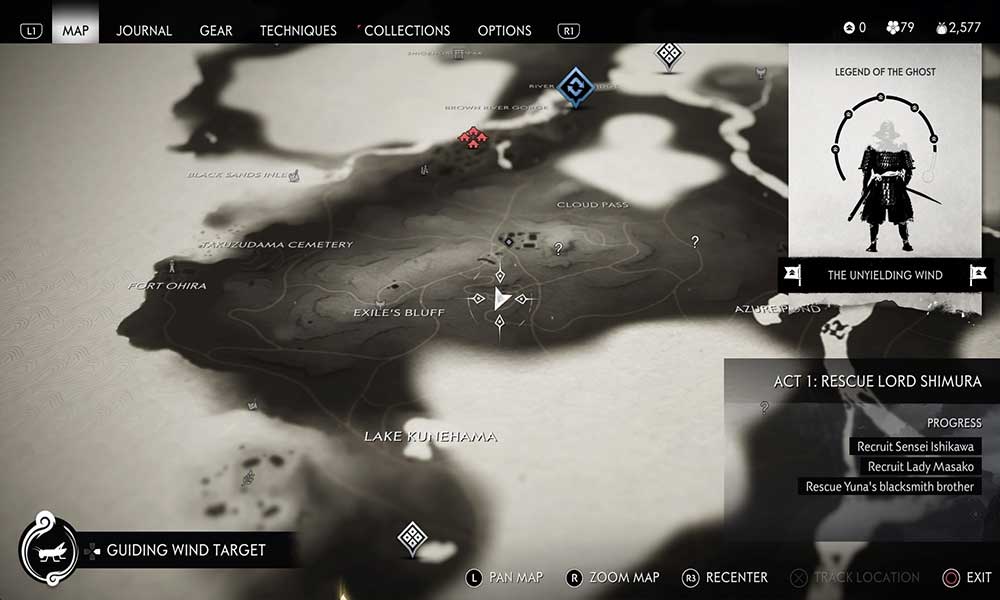 Collect them from the unmarked graveyard lying east from Exile’s Bluff. 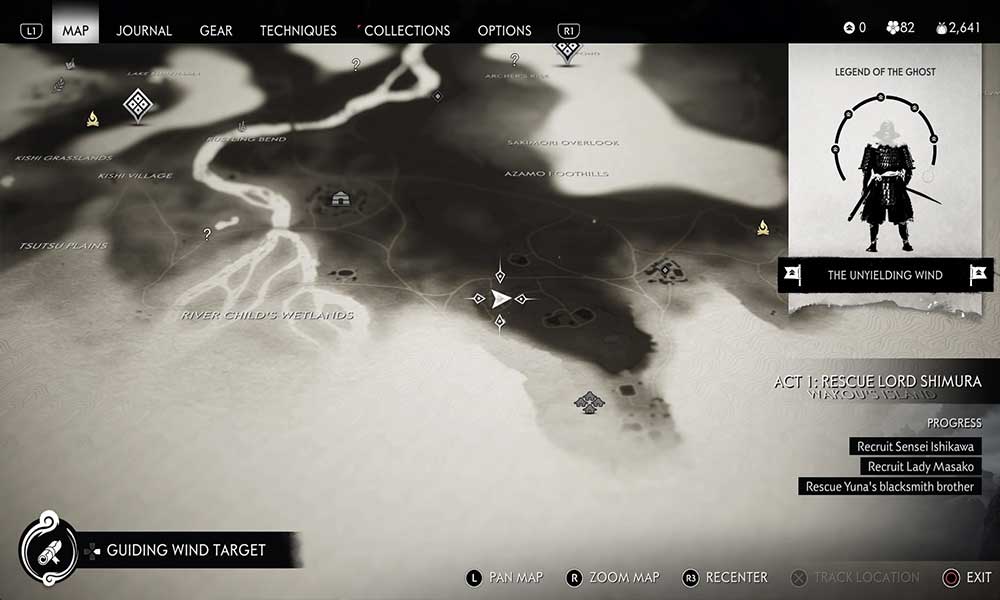 Again go to the unmarked graveyard on the Northwest of Azamo Bay. 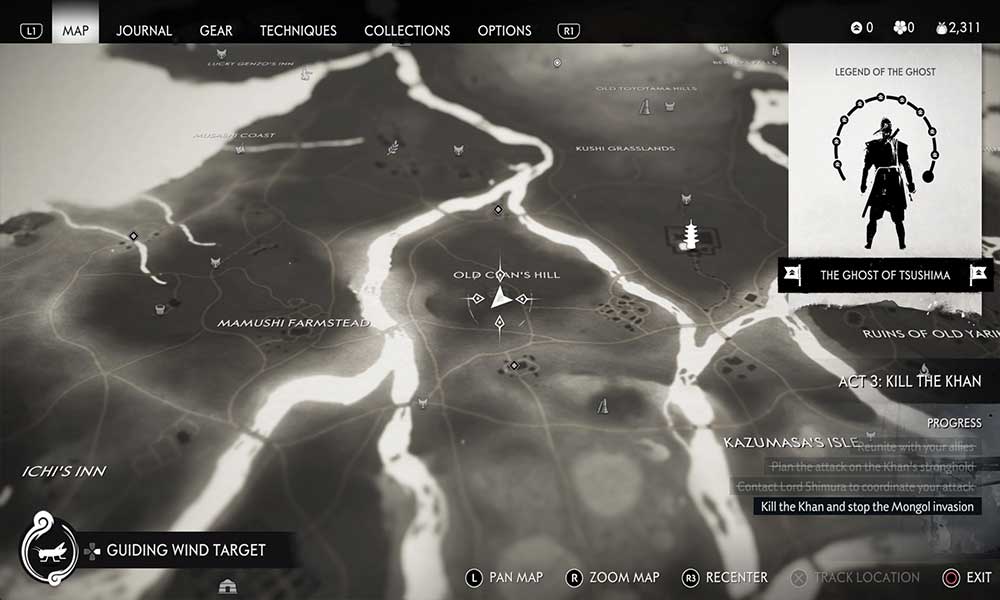 To the Southwest of Kushi Temple and just above the lonely forest, you’ll find Old Clan’s Hill. At the top of the hill, there will be a cemetery. You’ll find the crickets near the southern edge of the cemetery. 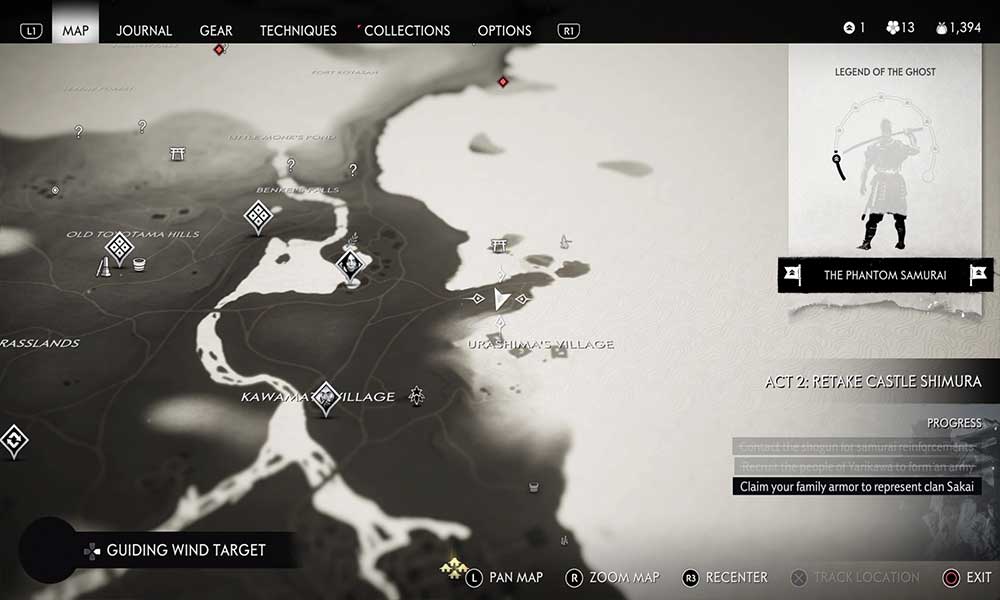 There is a cemetery at the North of Urashima’s village, on the far eastern coast of the Khusi Prefecture. It is located between Urashima’s Village and the Cloud Ridge Shrine. You’ll find the crickets on the west side of the cemetery. 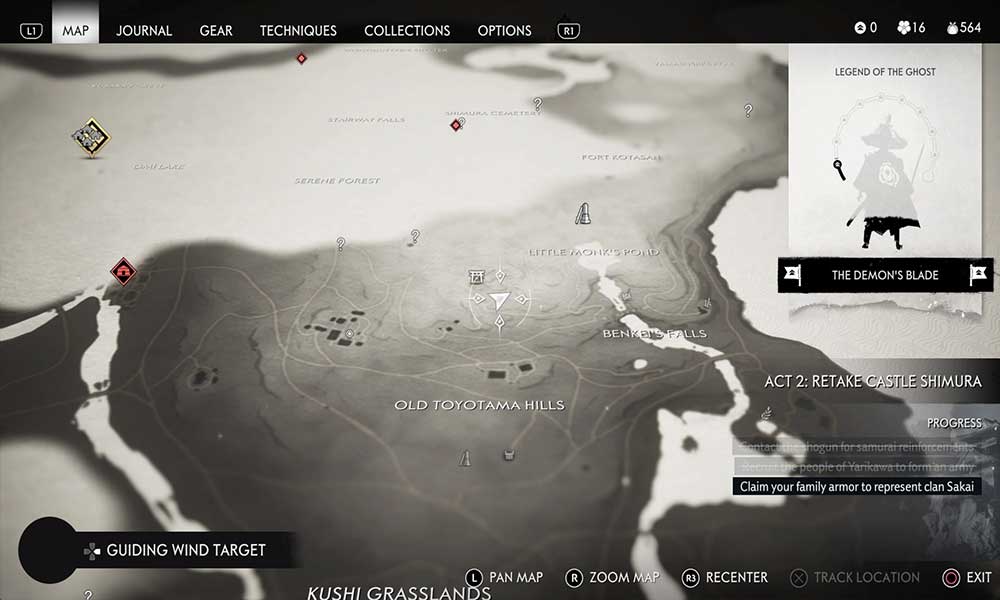 Go to the base of the Turtle Rock Shrine on the border of the Kushi and Kubara prefectures. You’ll find a cemetery there. This is the same cemetery where Yuriko’s final quest, The Art of Seeing, concludes. Collect the singing crickets from the cemetery. 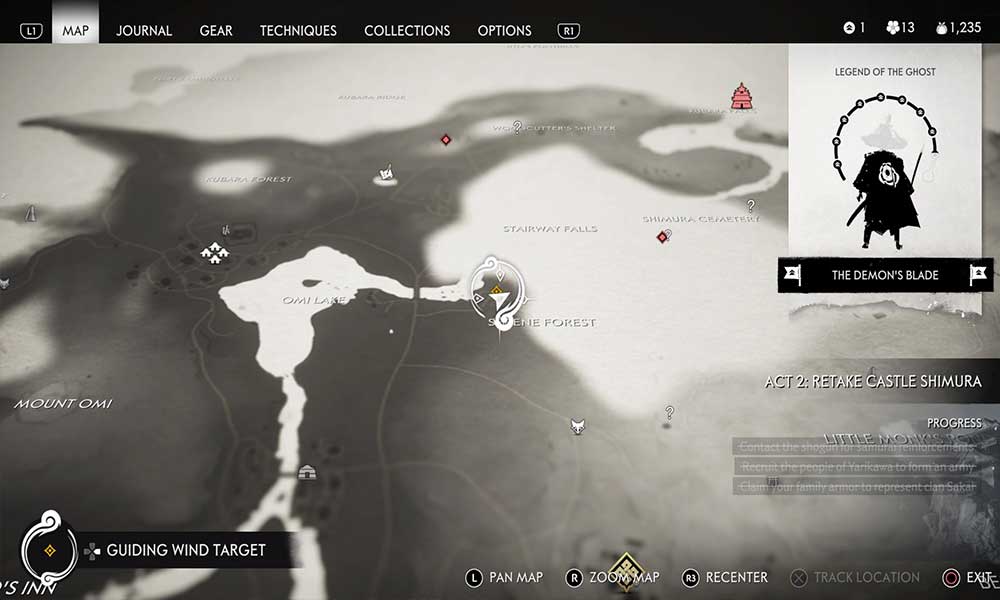 Search for a cemetery on the northwestern side of Serene Forest in the Kubara prefecture. This is the second cemetery you’ll visit as a part of one of Yuriko’s quests- The Proud Do Not Endure. You’ll find the crickets in this cemetery. 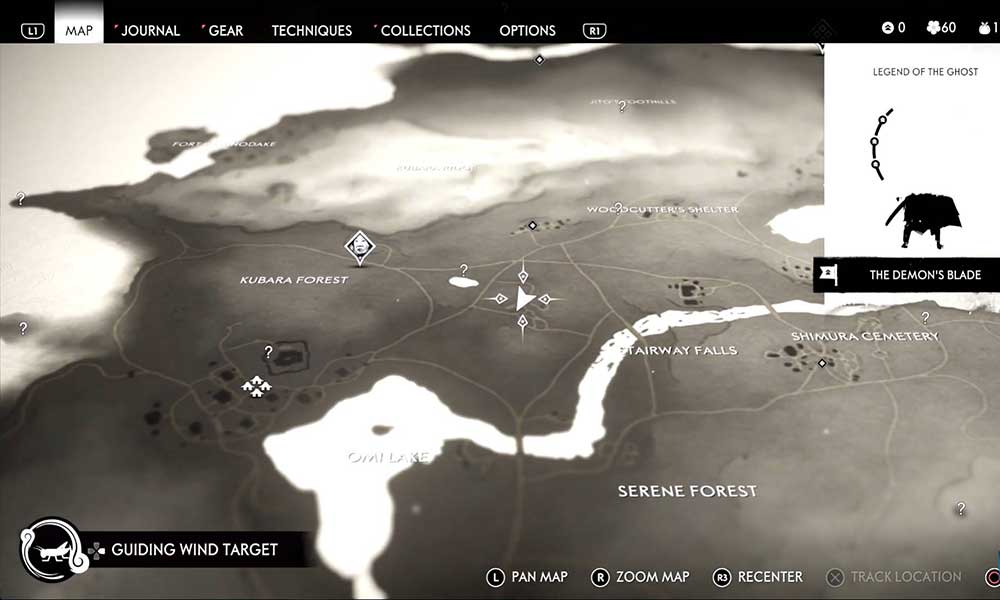 You’ll find the cricket cage near the middle of the cemetery located North of the Serene Forest. This is the first cemetery you’ll visit along with Yuriko during her quest; The Proud do not Endure. 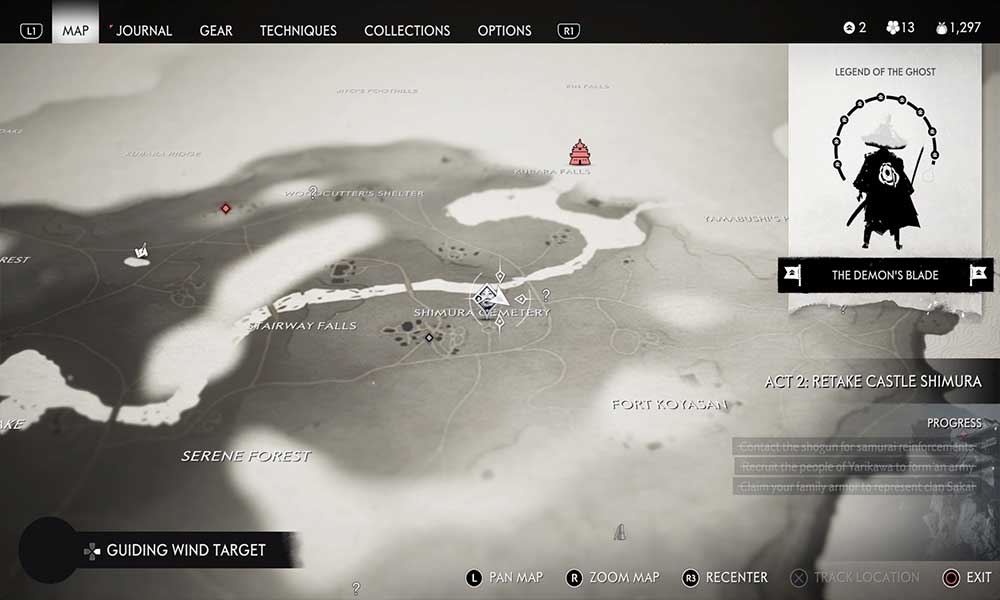 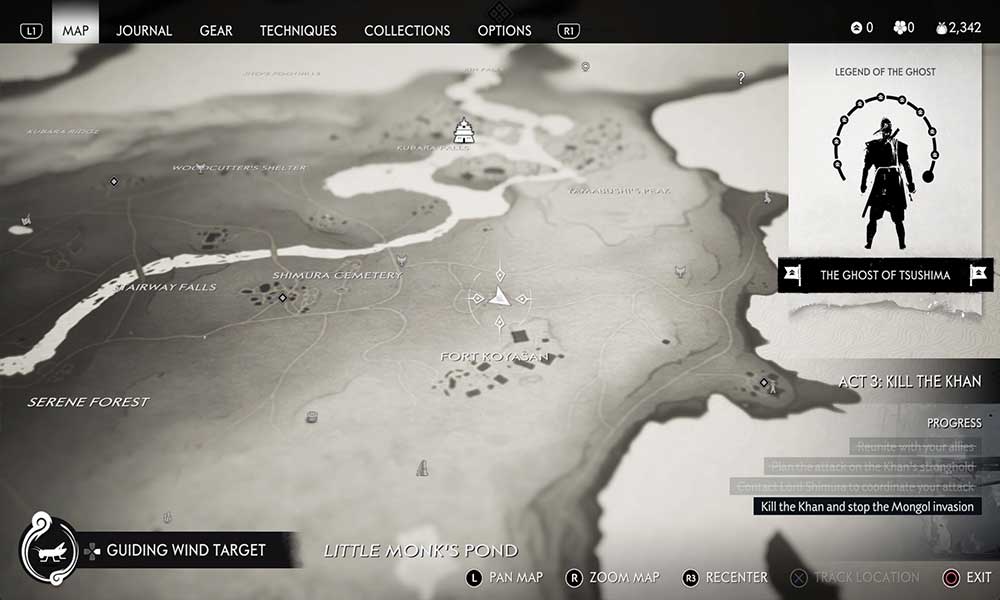 Search for an unmarked cemetery below Koysan to the North in Kubara prefecture. This cemetery is located East from Shimura Cemetery. You can find crickets cage on the east side of this cemetery. 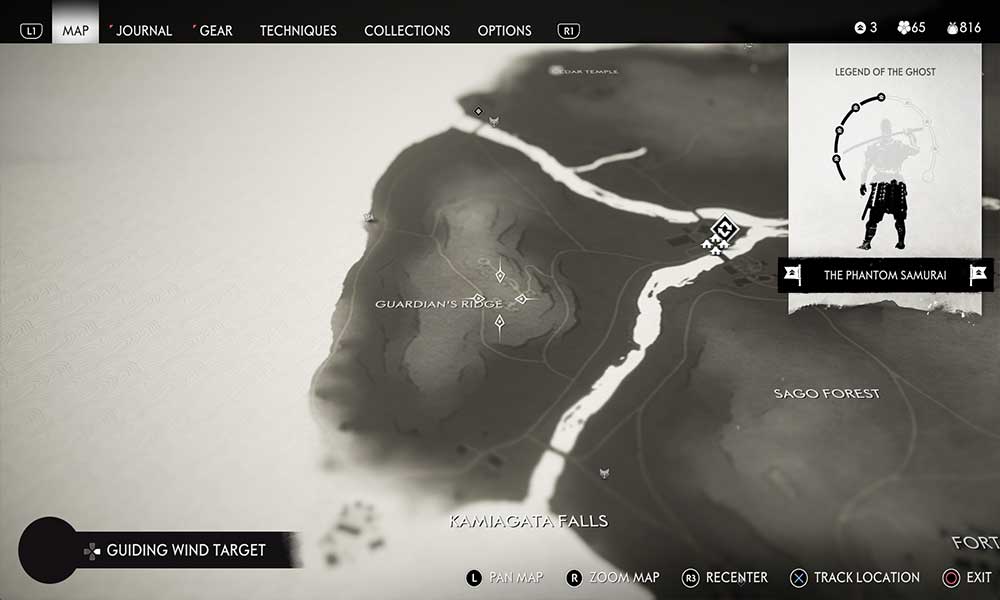 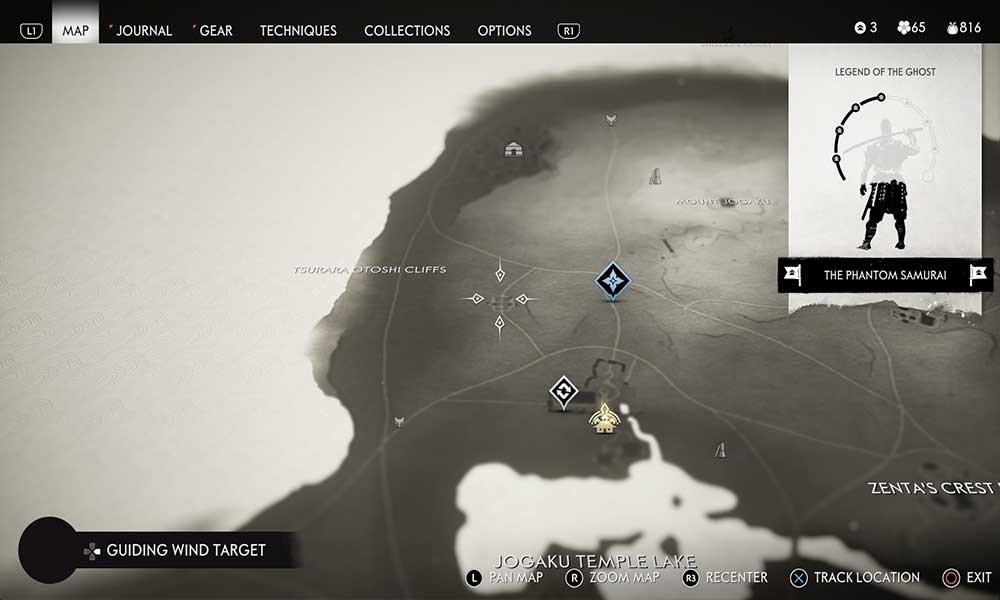 Explore the cemetery East of the cliffs, North from Jogaku Temple 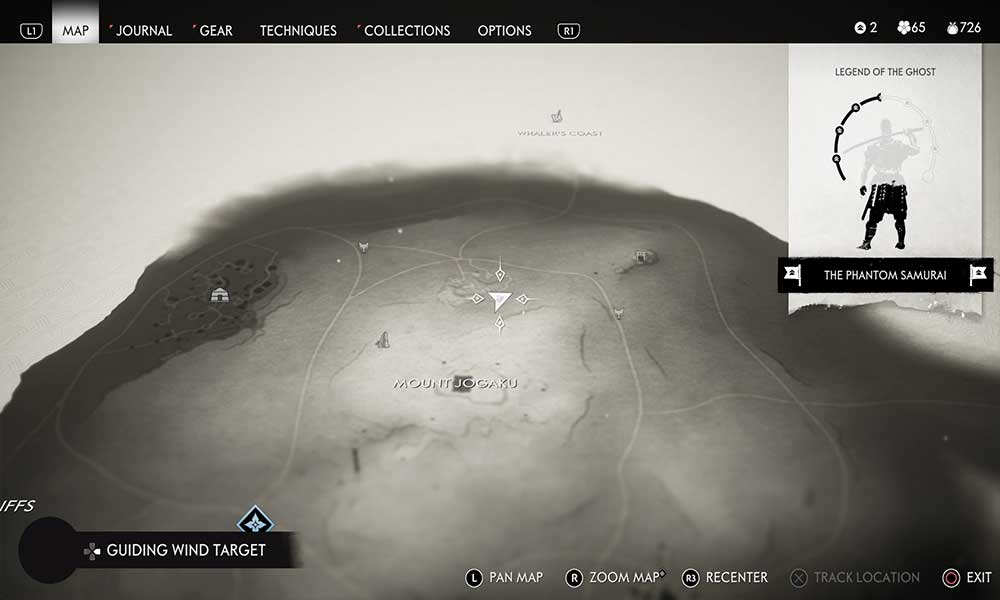 You’ll find these crickets next to stone fencing, near Snowlit Peak Shinto shrine.

Well, these are all the singing cricket locations that you need to catch in order to unlock weather change. Now, check out our Windows Guides, Gaming Guides, Social Media Guides, iPhone, and Android Guides to read more. However, if there are any queries or feedback, comment down with your name & email ID. We will try our best to reply soon. Also, subscribe to our YouTube Channel to watch awesome videos on gaming and smartphone tips and tricks. Thank you.