Google is known for bringing new features for its apps every now and then. Moreover, there are several smartphone brands that run on stock UI or close to stock UI making use of various Google apps as their defaults. Notably, the Google Phone app is the default dialer app on Xiaomi phones sold in Europe, all the Android One powered phones, Nokia phones and of course all the Google Pixel phones. It was reported earlier this year by XDA that Google is working n brining the native call recording feature to its Phone app. Later, the first glimpses of the Google Phone app appeared on an XDA post and it made one thing clear that indeed the call recording feature will arrive for some phones.

In the APK teardown, it was clearly seen that there was a recording string present in the Google Phone app, but it was not sure whether Google plans to bring this call recording feature on all the phones that have Google Phone app as their default dialer or it will be exclusive to Google Pixel phones. We all know that Nokia runs almost the stock UI which is makes it a lot easier to backport some of the features of Google stock apps to Nokia phones. And in a recent turn of events, it seems like this call recording feature is now live for most of the Nokia phones.

This new Google Phone call recording feature seems to have arrived on a bunch of Nokia phones with the beta version of the app which is available to download via third party source, Apkmirror. As per user reports, a new Record button is now added with the beta version of the Google Phone app. Check out the screenshots shared by some of the users below: 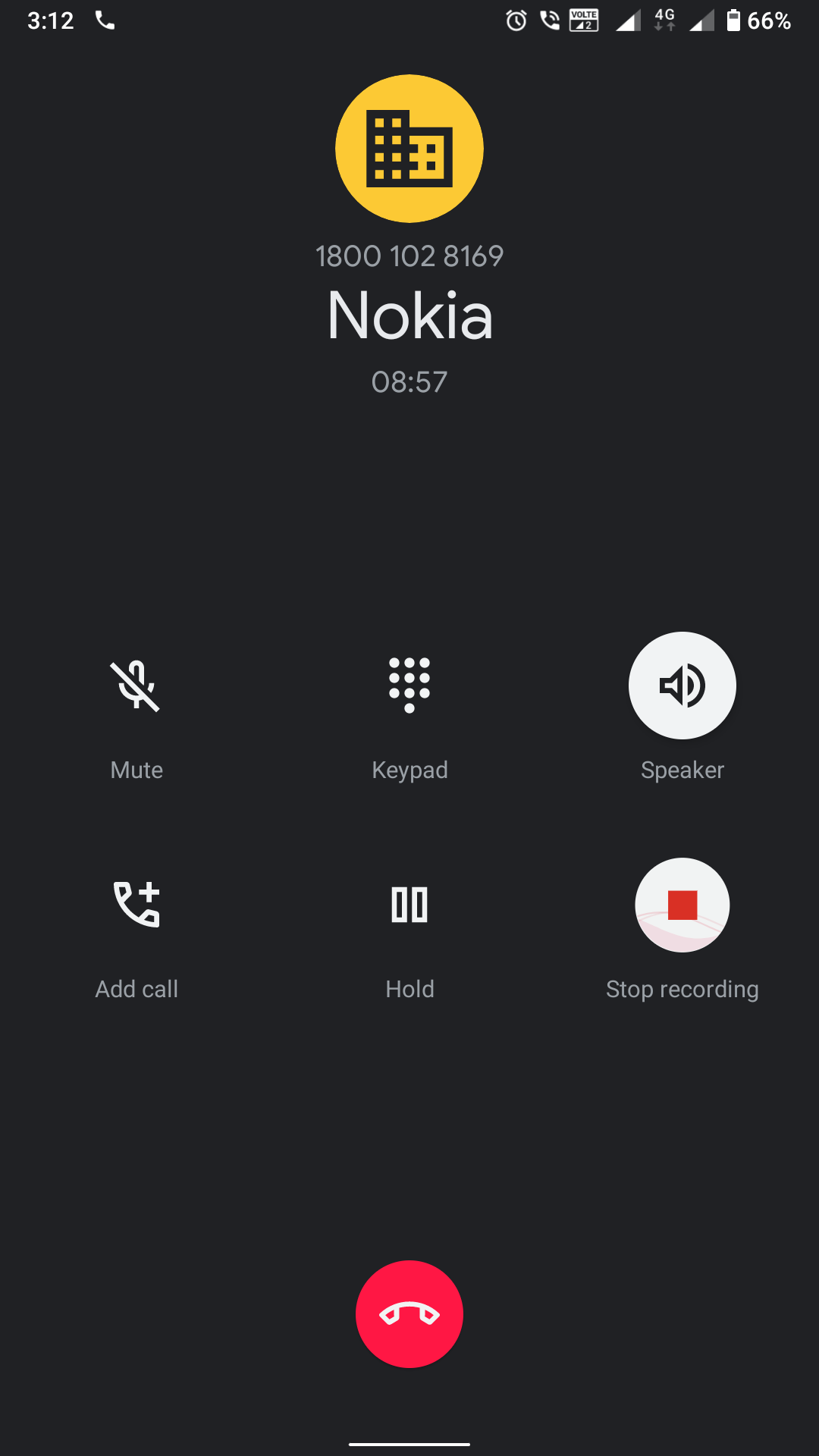 Note that this feature has been spotted in India only meaning that there is some region-specific limitations and it is available for a small subset of Nokia users across the country. However, for those who wish to try out this new call recording feature on their Google Phone app, can download the APK from the below section and install normally on their phone:

I hope this guide was useful to install the latest Google Phone App With Call Recording Feature on any Nokia devices.