The buzz created by Android Oreo is still common in the tech work and Google has already come up with the new Android P. Although the official launch and details are not available, the first look of the new version is already unveiled. The search engine giant has already come up with a developer preview of the new Android version for the Pixel devices. The Pixel, Pixel XL, Pixel 2 and Pixel 2 XL are the devices which will be getting the new developer preview. While other manufacturer devices are still on the wait to experience the new Android version. We have come up with a way to do this on Huawei devices. Read through to find out How to get Google Pixel Android P Theme For EMUI 8.0/5.1 Devices. 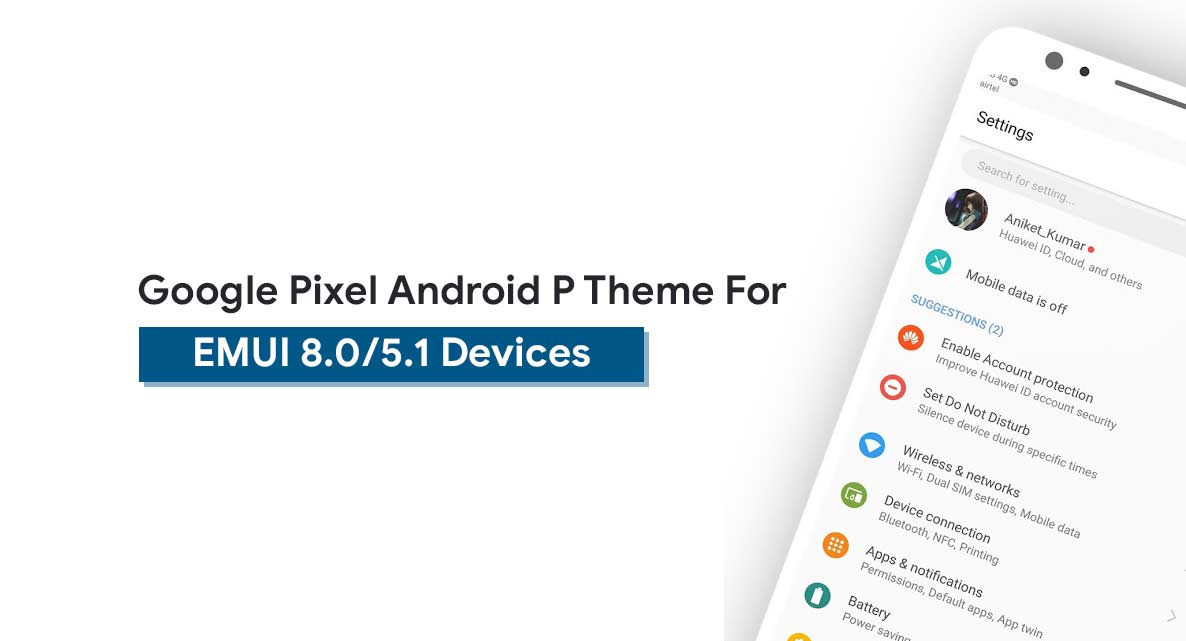 Google from long back has been constant in releasing the new Android version with their own devices. By launching the new developer preview with Pixel devices, Google seems to follow the same trend. So the first devices to get a full stable Android P at first will probably be the new Pixel series devices yet to be launched. We can also expect an update to be added to the old Pixel devices. This means that all other devices will have to wait for a long time until they get the Android P. But an unofficial theme is now available for Huawei EMUI 8.0/5.1 devices.

I hope this guide was useful in understanding How to get Google Pixel Android P Theme For EMUI 8.0/5.1 Devices. If any queries or feedback, please leave a comment below.