Recently, mysterious devices surfaced on Geekbench which goes by the name Google Nocturne. We think it is an upcoming Pixel tablet from the OEM. There is a rumor that this new tab will be called Google Pixel Slate. Some of its specifications are mentioned in the benchmarking website. According to the Alleged Google Pixel Slate GeekBench Listing, the device will run Android 9.0 Pie out-of-the-box. 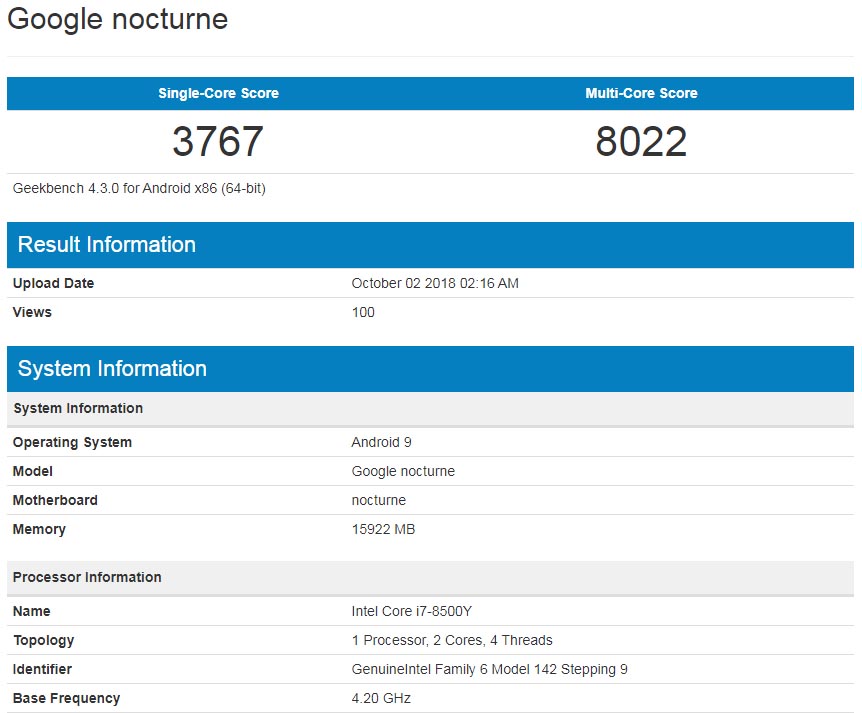 You can also see it packs 16GB RAM and a dual-core Intel Core i7-8500Y processor. This is apparently the first time the tablet series of Google is getting the attention. The current Pixelbooks run on Nougat OS till now. Sometimes ago, the Pixel C was discontinued as well. It seems with the new its new tablet series, Google wants to start afresh and give more importance to it.

The Google Pixel slate geekbench listing definitely rises up the hype high with the latest and powerful features. We will look forward to the October 9th event of Google to know more about it.