As technology is getting advanced, physical buttons are vanishing from smartphones by getting replaced with its on-screen digital counterpart. But there are still certain buttons that will be on your smartphone for still a long time in the future. One such button is the power button. Power button not working problem happens to most of us either when the smartphone gets old or due to some issues at initial months of buying. Power button not working problem can be of a great headache as it is responsible for booting/rebooting, allow the phone to boot into safe mode, take a screenshot, allow to light up the screen and turn it back off and other numerous functionalities.

The problem can occur when a software or hardware component malfunctions and happens mostly in old smartphones due to regular use. We often start to panic in such situations and think it as an end of smartphone’s usage. But these problems are not much complex and can be dealt with by ourselves in a few simple steps. This article would help you detect where the problem lies and allow you to fix the Elephone power button not working problem by yourself. 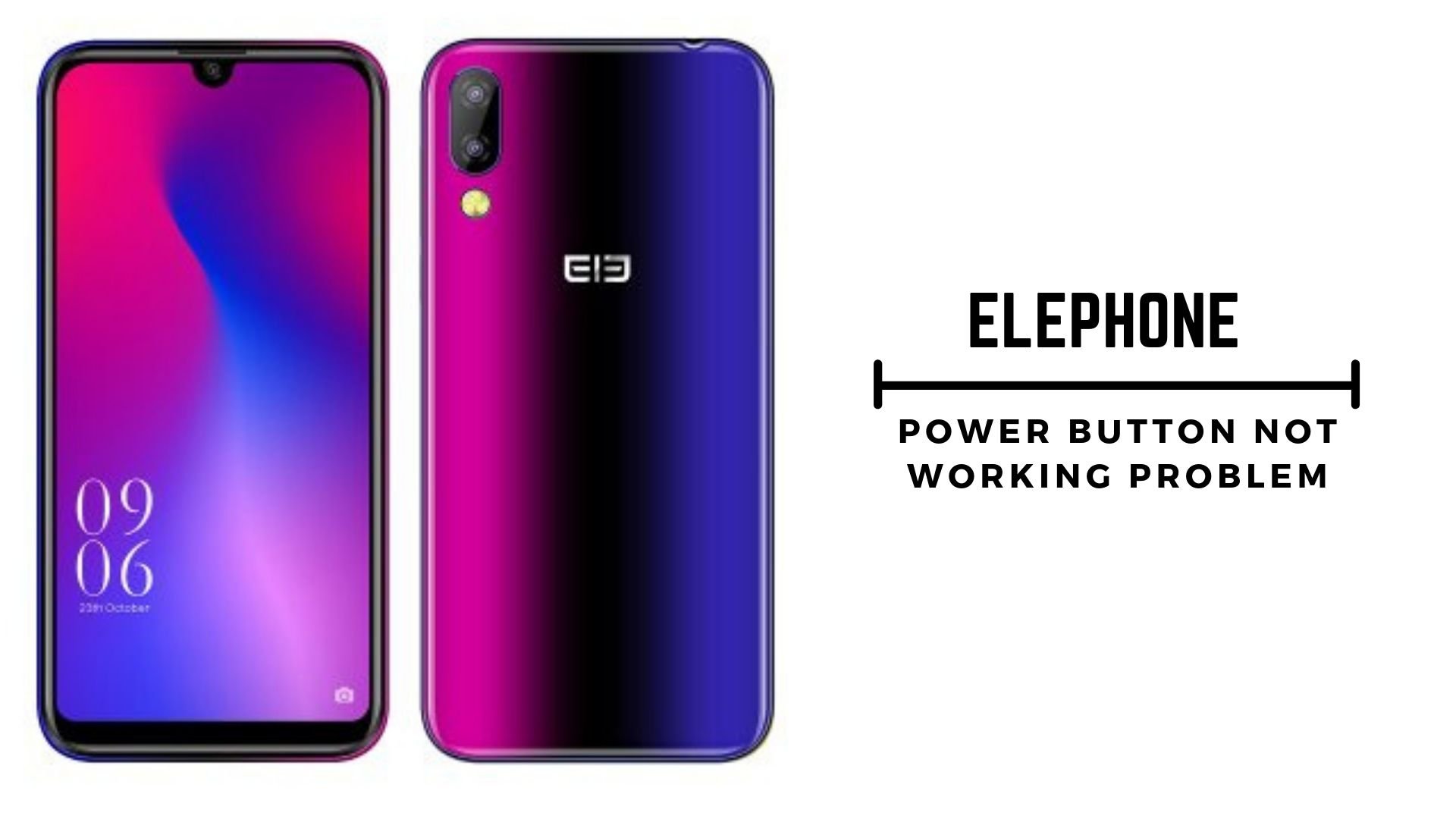 First of all, you need to wake your smartphone’s screen if it is OFF. Try the methods given below to wake up the phone’s display.

A temporary method to wake up the smartphone display is by plugging your phone to a charging source. This would also help you to wake the screen in the case when your phone could have simply turned off due to low battery. Plugging your device to a power source would wake up the display after which you can try further methods to fix power button not working problem. Although this method cannot be tried unless you have a charger nearby, you can also connect the phone to a laptop or power bank that will light up the screen without any issues.

Step 2: Use other methods of waking up/unlocking your device

Step 3: Call or text yourself

An easy method of waking up the smartphone screen is by calling yourself from another device. If you have a landline nearby simply use that or ask someone to call you. If you have the ‘wake for notifications’ feature turned ON, you can even wake up your screen by asking your friends or using another phone to drop you a message that will light up the screen.

After your phone wakes up, you can further move to the methods given below to fix the Elephone power button not working problem.

Rebooting may resolve the issue if it is related due to some software or application crash during earlier start-up of the device. But how to restart your device if the power button isn’t working? You can simply use the ‘Scheduled ON/OFF’ feature available within the Settings app. You can schedule the smartphone to turn OFF after a minute or so and set the smartphone to reboot a minute later. This is the easiest way to restart your device without any trouble.

Step 2: Escalate the screen ON time

Unless you cannot resolve the power button not working problem, you should keep the display ON so that you do not need to perform the above-suggested steps just to wake up the screen. The easiest method to keep the screen awake is to increase the screen ON time by going to “Settings >> Display >> Sleep”. Select the longest duration of time the device display stays awake. The longest duration that can be set in most devices is mostly 30 minutes which means that the phone will lock itself after 30 minutes if no activity is recorded. This will reduce the need for the power button at least until you get the fix for it.

Use sensors to control your device: Applications such as Gravity Screen ON/OFF allow you to turn ON/OFF the smartphone screen with the aid of sensors available on your device. This allows you to turn ON the screen when you lift your device and turn it OFF when you keep it inside your pocket or on a flat surface. You can also set gestures to perform various functions including the opening of particular applications. You might need to sacrifice some battery but at least you’ll be able to use your phone without any issue.

Most smartphones have a built-in feature to wake up the screen by double tapping on it. This might prevent the usage of the power button if you only need it to unlock your device. You can also download a third-party app to introduce this feature.

Use the Volume Button as Power Button: Many applications and even some smartphones have a feature of waking up the device by either using the power button or volume buttons. This can come quite handy especially if encounter power button not working problems. If your device doesn’t have this feature, use Third-party applications that allow remapping the volume button by which you can use it to wake up your screen.

You can also set alarms at various intervals such as 5 minutes or so that would eventually wake up your device thus reducing power button usage. Set a silent alarm ringtone to avoid any disturbance.

All applications, whether system app or third-party applications accumulate cache data over regular use. Cache data helps in faster application retrieval but uncleared cache data affects system performance which may cause issues. Therefore, you should clear both system and application cache data from time to time. Navigate to Settings >> Apps >> Downloaded. Open each app information and press ‘Clear Cache’. Move to Settings >> Storage >> Cache Memory and tap clear to get rid of accumulated storage cache. Check if the problem is resolved.

All applications and system software should be updated. Developers often send updates to improve security, add new features and resolve bugs that might have accumulated over time. Update the apps by navigating to Google Play Store >> My apps and games >> Update all. This would update all applications. Also, jump to Settings >> About phone >> Software updates. Here you will find if there is an update that is available for your device. Pending updates can cause conflicts in the working of a particular button.

A hard reset would uninstall all applications and set system settings to default. This might fix issues due to any bugs, software issues, malware, and viruses. Switch OFF the phone and then press and hold the Volume Up key and Power key simultaneously. Release the keys when you get an Android logo flashing and you see that the recovery screen appears. Highlight the “wipe data/factory reset” option using volume keys and then use the Power button to select it. Be sure to back up all important user data before doing this step.

Step 7: Approach to the service center

The power button might have accumulated dust or debris in the gaps over regular use. Or there might be some software or hardware or software related issue causing the problem. Unfortunately, if you cannot fix the power button not working problem, the last option left is to visit the smartphone’s service center and ask for assistance.