Developed by Activision, Destiny 2 has recently launched a new premium weapon in their series, The Heir Apparent. The Heir is a heavy machine gun with features like an intrinsic perk bonus as well as a massive slug tower. It requires players to spin it entirely before it can release its full power fire. This is a new weapon that is added to the list of weapons from Destiny 2 after the April update.

Talking about Destiny 2, it is free to play an online first-person shooter video game that is available to all significant platforms, including Xbox One, Play Station 4, and Microsoft Windows. It is one of the first games to feature cloud streaming through Google Stadia. As the game is set in a mythic science fiction type, weapons are somehow realistic, though. Upon the requests of users, we decided to bring out the guide on completing the Heir Apparent Class Act in the game. So follow our guide to do that. 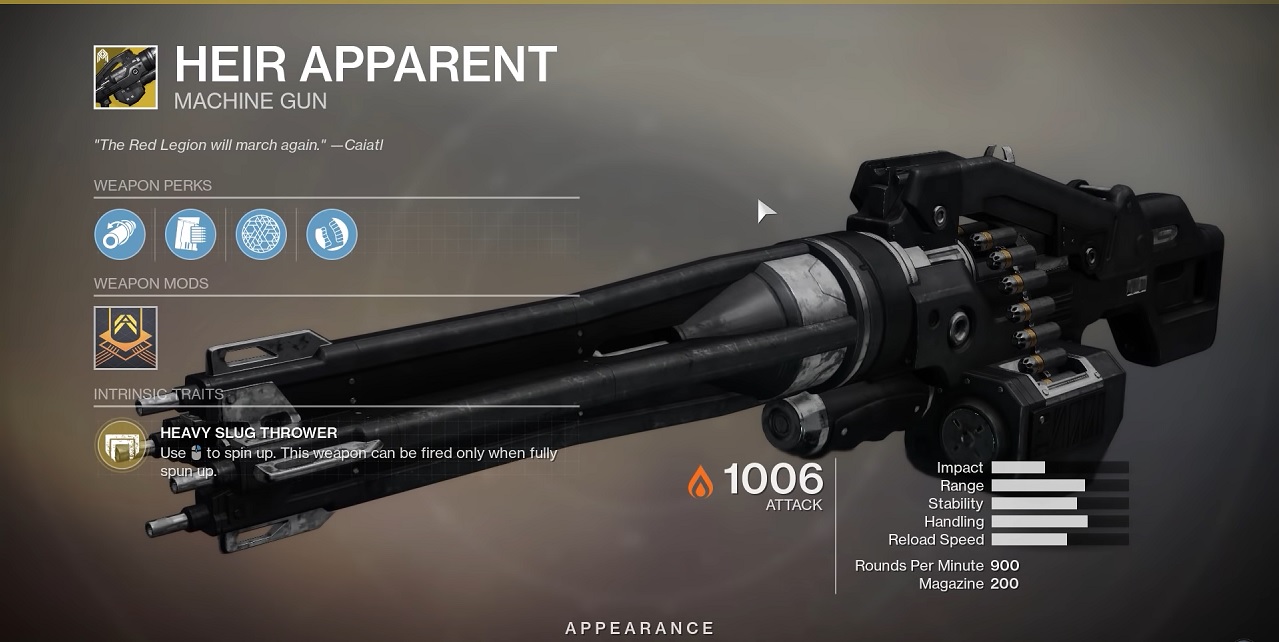 The perk feature of the weapon Heir slows down it’s handling, and the player thus requires to prepare beforehand. However, the Heir has some exciting features listed below:

These were the features of the Heir Apparent. To acquire this weapon, players need to participate in activities after speaking with Eva Levente. She is the seasonal vendor in the tower. After talking to her, she will send you on a quest to Zavala and the Drifter. After that, she will start engaging you in Activities. 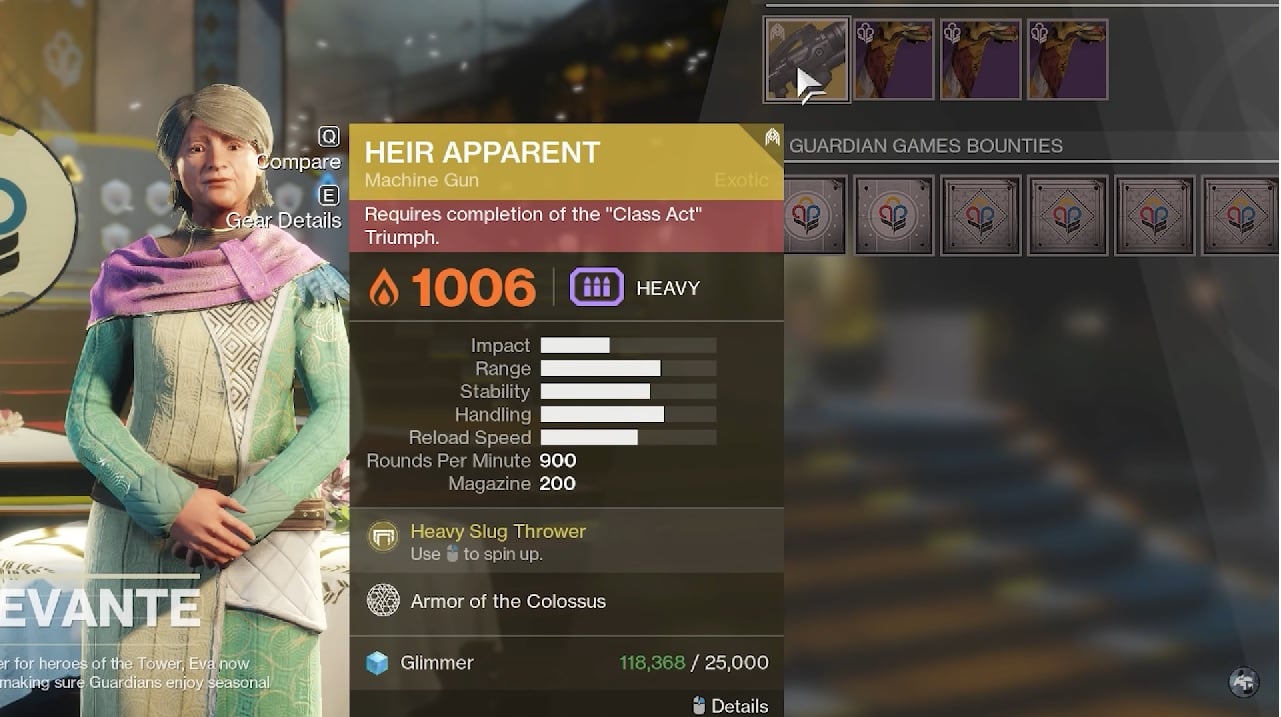 The moment you complete those activities, you will be able to see Eva’s vendor menu on the main menu. Now you will notice Heir Apparent in the list of gear sections as the first item on the page. After that, when you take your mouse over it, you will see it costs 25,000 glimmers, and you need to complete “Class Act Triumph.”

To complete the Class Act, you have to head over to the Triumph page from your menu bar then follow the steps:

Now you will see the list of available Triumphs, from there choose anyone to from the list to complete the “Class Act.”

The Triumphs on the list will be as follows:

As of now, this is the only legitimate way known to us to get the Heir Apparent. Further, you have to start doing it fast because the vent of Guardian Games is going to last for three weeks, which has already started from 21st April to 12th May.

This guide was to help the players of Destiny 2 to get their hands on the exotic weapon Heir Apparent. Following our guide, they will be careful to get this as soon as possible. We hope our guide helped you.  If you have any queries or feedback, feel free to comment down below with your Name and E-mail ID. Likewise, check out our iPhone Tips and Tricks, PC tips and tricks, and Android Tips and Tricks for more such tips and tricks. We urge you to participate in the $100 giveaway by subscribing to our YouTube Channel. Thank You