Call of Duty: Warzone is one of the most extensively played battle royale gameplay. It became such popular due to its massive 150 player match instead of the traditional 100 players and the last man standing. The game has a total of 5 vehicles in the game to provide mobility. Among them, 4 are road vehicles, and only one of them has the ability to touch the skies, and that is the helicopter. Most of the users want to know the locations where they can find this. Hopefully, we decided to bring up this guide that will help users to find the helicopter on the map.

There is a recent glitch in the game that allows the users to shoot the people in the helicopter without being shot themselves. This massive glitch has been reported several times on the Modern Warfare thread. If you want to touch the skies and shoot the enemies without getting on the ground, follow this guide till the end. So let’s get started.

There are mad clashes going on all the time to take control of the helicopter. So you have to be very quick in approaching those locations. Across Warzone, there are a total of eight locations where you can find the helicopters though most of them are located near the centre. 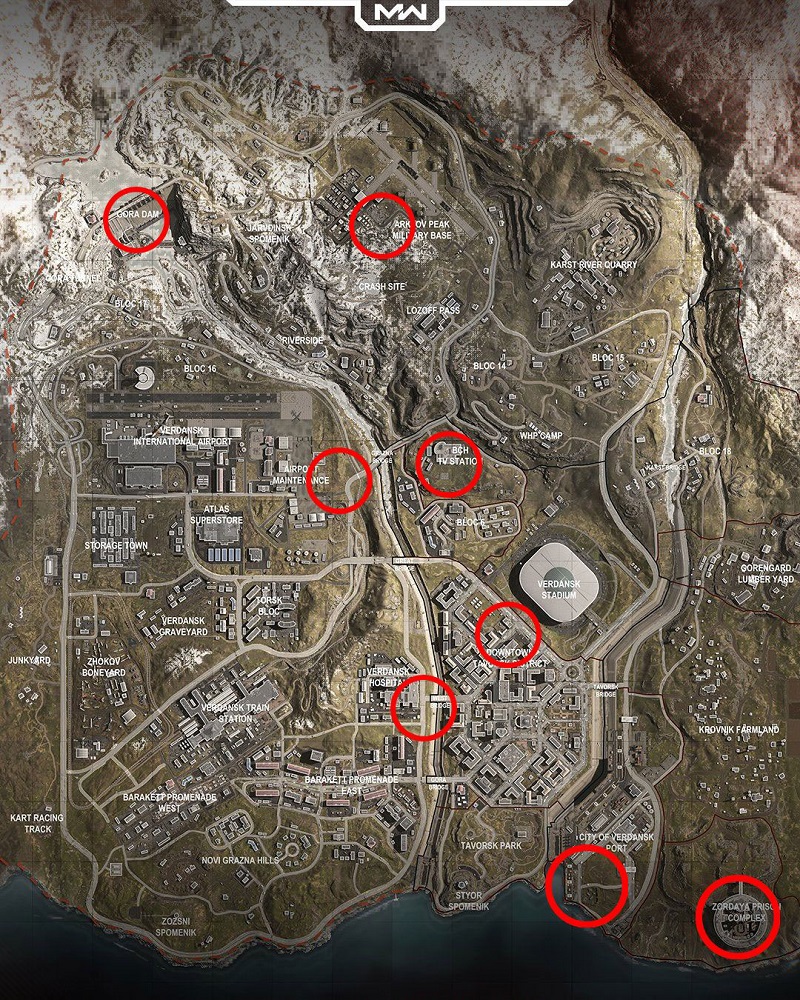 You can find two spots near the north of Gora Dam and Arklov Peak. Moreover, there are four locations near the middle of Airport Maintenance, TV station, Downtown Tavorsk District and Hospital. One of the most visited locations for the helicopter is the Gora Dam which is the most preferred target for 150 players. But if you hope the players to get distracted by the amount of loot they get at Gora Dam, then the case is different. At that time you should try for the Arklov Peak or the Verdansk Stadium. There you will get a considerable amount of loot as well as the chopper for sure.

Regardless, the benefits of the helicopters players used to get, and there was a massive glitch in the department. The glitch was that whenever the helicopter approached near an opponent. The opponent becomes invincible thus impossible to kill rather than that the players in the helicopter continued to get damage from the opponents. Actually, this massive vehicle bound glitch puts the opponents inside the map, which made them invincible.

So now a patch has been released that has disabled the helicopters in Warzone battle royale. You won’t get your hands on the helicopter following the update, its sad but the glitch caused Activision to take such step. Moreover, Call of Duty: Warzone has always been a centre for glitches, and we have discussed them in separate guides. You can check them below as the links are provided.

This guide was to help the players of Call of Duty: Warzone to get their hands on the helicopters. But unfortunately, the latest patch has disabled the helicopters due to a glitch as of now. Although whenever the helicopters are back, you can follow up and stay updated with us, so do bookmark our site. We hope this guide helped you. If you have any queries or feedback, feel free to comment down below with your Name and E-mail ID. Likewise, check out our iPhone Tips and Tricks, PC tips and tricks, and Android Tips and Tricks for more such tips and tricks. We urge you to participate in the $100 giveaway by subscribing to our YouTube Channel.