HMD Global is holding a launch event in India on August 21 and started sending invitations to media. However, in the invitation, the company doesn’t mention which device going to unveil at the event. But the company mentioned clearly “HMD Global invites you to an exclusive gathering for the next big unveil.” The company expected to launch the Nokia 6.1 Plus smartphone in India on August 21. The 6.1 Plus is a global model of the Nokia X6 which available only in China. Its support page has already gone live in India. 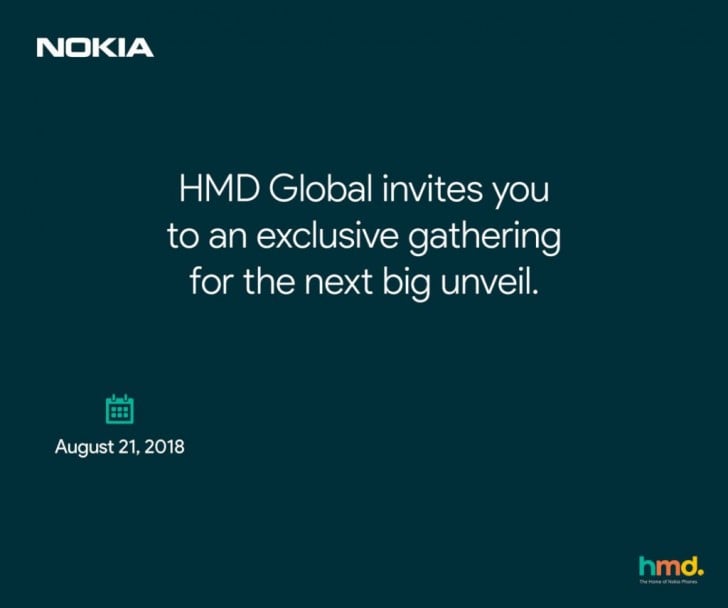 In the last month, the company already launched the global variant of the Nokia 6X in Taiwan and Hong Kong. In Hong Kong, the Nokia 6.1 Plus launched at HK$ 2,288 price we can expect the same phone will available in India at the cheaper price tag. In the Indian market, the phone will directly compete with Xiaomi Redmi Note 5 Pro and Asus Zenfone Max Pro M1. It will available in Blue and White color option in India.

Recently on Twitter, HMD Global teased a launch event and started a contest where winners get a chance to attend the launch event. At the launch event on August 21, the company expected to launch more devices along with Nokia 6.1 Plus, including Nokia 2.1, Nokia 5.1 and Nokia 8110 4G.

HMD Global owned Nokia phone comes with a 5.8-inch display that supports 2280 x 1080 pixels of resolution and offers 19:9 aspect ratio. On the screen, there is 2.5D curved Corning Gorilla Glass 3 which protects it from accidental scratches. The phone powered by Octa-Core Qualcomm Snapdragon 636 Processor under the hood. It has 4 GB of RAM and 64 GB internal storage. The 6.1 Plus also comes with micro SD card slot on board that supports external storage up to 400 GB.